Dubbed CFBDSIR 1458 10b, the star is what's called a brown dwarf. These oddball objects are often called failed stars, because they have starlike heat and chemical properties but don't have enough mass for the crush of gravity to ignite nuclear fusion at their cores.

With surface temperatures hovering around 206 degrees F (97 degrees C), the newfound star is the coldest brown dwarf seen to date.

NY State Steps Up To The Plate, Almost

At first I thought "Yes!" as I read the initial blurb in a Facebook post. Then I read the news article - the NY Senate is Republican for the most part, but the State Assembly is controlled by Democrats. I doubt this bill will see the light of day. Probably the only way this bill gets out of the Assembly is if the statute were limited to inciting violence against queer/tranny cops.


ALBANY, N.Y. -- New legislation has passed in the state senate that seeks to make inciting violence against police officers a crime.

The New York State Senate has passed legislation sponsored by Senator Michael Nozzolio of LaFayette, that would establish the new crime of inciting violence against a police officer.

Senator Nozzolio "We will not tolerate the senseless and cowardly acts of violence against our police officers as they put their lives on the line every day to protect us. We have seen a surge in violent crimes against on-duty police officers so ensuring their safety has never been more important. I look forward to continuing to work with my colleagues to strengthen New York's criminal justice laws."

The bill will be sent to the Assembly.

The Sherman M4 got a bad rep... undeservedly. This is a very interesting video if you're into WWII history.

Listen to this US Army armor officer/historian; the M4 was an excellent weapon and did exactly what it was designed to do.

Email ThisBlogThis!Share to TwitterShare to FacebookShare to Pinterest
Labels: Idiots, Idiots On heels

"...Trust in God and But Mind to Keep Your Powder Dry," is a maxim accorded to Oliver Cromwell that he said to his troops before a battle.

"Trust in God and Stop Hillary," needs to be ours.

Nothing like a little, good old-fashioned Creationism to get the juices flowing, the passions ignited and the prejudices quickened in the heart, loins and mouths of liberals. This is actually better than sex to a liberal because having sex means you both are of one sex or another and that's forcing a sexual definition on your partner and of course that is sexist. The only non-sexist sex you can have is sex with yourself because you are not defining sex for anyone else but yourself, except if you are schizophrenic, and then you're too crazy to have sex with yourself because your self identity changes so often and who wants to have sex with a stranger? 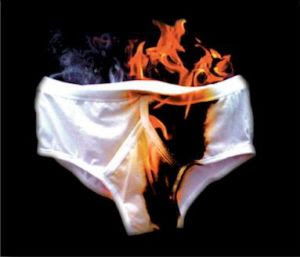 Getting back to the panty flames, a scientific journal credited the work of "the Creator" in the design of the human hand.


A recent scientific paper on the movement of the human hand has faced strong criticism for referring to a 'Creator' throughout.

The paper, titled: 'Biomechanical characteristics of hand coordination in grasping activities of daily living' was written by a team of four researchers, three from Huazhong University in China, and one from Worcester Polytechnic Institute in Massachusetts.

[...]In the opening sentences of the study, it claims the link between muscles and hand movements is the product of "proper design by the Creator."

Later, it says human hand coordination "should indicate the mystery of the Creator's invention," and concludes by again claiming the mechanical architecture of the hand is the result of "proper design by the Creator."

This will always produce a five alarm fire in the academic community. Heresy fighters are mobilized, reputations are trashed, threats are issued and careers are stung because the hive must be protected. The Queen Evolution Bee is guarded zealously you see. Government grants are at stake.


[...]Naturally, the multiple references to intelligent design in a reputable journal like PLOS ONE have stoked anger in the scientific community, and many people, including researchers who work as editors for the publication, are now calling for it to be retracted.

Romney v. Trump?
Four years ago Romney didn't have the stones to really go after Obama. Now all of a sudden he's found a pair and he's going after Trump.

It's like a duck waddling in to take on a honey badger. A honey badger on meth.
This won't be pretty.


So you think this was done on behalf of Rubio? You think they sent Romney out there on behalf of Rubio, and this is making you want Trump even more because you're so ticked off at what they're doing? That's probably gonna be a pretty common reaction here. Trumpists out there are gonna feel like the establishment's trying to manipulate 'em, sucker 'em, and they're just gonna dig in deeper. That's why I said when I opened the program, "I cannot believe they still do not get what's happening out there." By that I mean the establishment Republicans in Washington.


WASHINGTON (AP) — The Pentagon is looking for a few good computer hackers.

Screened high-tech specialists will be brought in to try to breach the Defense Department's public Internet pages in a pilot program aimed at finding and fixing cybersecurity vulnerabilities.

Defense officials laid out the broad outlines of the plan Wednesday, but had few details on how it will work, what Pentagon systems would be tested and how the hackers would be compensated.

Called "Hack the Pentagon," the program will begin next month. Department officials and lawyers still must work through a number of legal issues involving the authorization of so-called "white-hat hackers" to breach active Pentagon websites.

They've got to be kidding. The Russians, Chinese and North Koreans are already up to their elbows rummaging in our secret stuff. And if Hillary gets in, they won't even have to hack, she'll just sell it to them.
Posted by sig94 at 8:47 PM No comments: 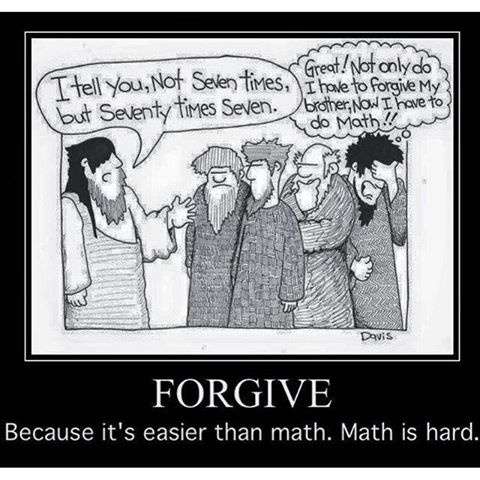 Soviet analysts in the CIA and Soviet rulers throughout the USSR failed to anticipate the collapse of the communist political system. How can that be? And how does that effect American politics?

From PJ Media - an article by Richard Fernandez:


"In the years leading up to 1991, virtually no Western expert, scholar, official, or politician foresaw the impending collapse of the Soviet Union, and with it one-party dictatorship, the state-owned economy, and the Kremlin’s control over its domestic and Eastern European empires."

Because They Couldn't See It Coming.


In his book Private Truth, Public Lies, social scientist Timur Kuran argued that people, under pressure to conform by culture leaders often told public lies to get the pollsters and thought police off their backs, even as they nurtured a largely undetected private resentments inside them. Over time two divergent perceptions would emerge: the public lie would determine how the regime thought about itself while the private truth contained the real, but hidden data.

American politicians, and I believe many think tanks, suffer from the same perceptual malady; they believe the public lie because it benefits them.Not only in the US, but also in Europe where there is a groundswell of anger and resentment against the policies of liberal politicians.


It's becoming evident that the European elites failed to understand how explosive the migrant issue was until it detonated full in their face. Now it is in the midst of a crisis which could literally bring down the European Union. Why didn't they see it coming? Because they believed their own Narrative, even when they should have suspected it was a lie of their own making. If the PC Western elites are overtaken by a cascade similar to that which collapsed the Soviet Union, the ultimate irony will be that the very migrants which they had counted on to create the Curley Effect will turn out to be the engine of their own destruction.

And what is the Curley Effect?


James Michael Curley, a four-time mayor of Boston, used wasteful redistribution to his poor Irish constituents and incendiary rhetoric to encourage richer citizens to emigrate from Boston, thereby shaping the electorate in his favor. Boston as a consequence stagnated, but Curley kept winning elections. We present a model of the Curley effect, in which inefficient redistributive policies are sought not by interest groups protecting their rents, but by incumbent politicians trying to shape the electorate through emigration of their opponents or reinforcement of class identities. The model sheds light on ethnic politics in the United States and abroad, as well as on class politics in many countries including Britain.

The Fernandez article uses the Soviet regime of Romania's General Secretary of the Communist Party, Nicolae Ceaușescu, to illustrate the flash point when the public lie and the private truth finally merge. It isn't pretty.

The following is a rather graphic presentation of the public lie/private truth flashpoint reached in Romania. After 25 years of abuse, Romania finally had enough and on Christmas, 1989, executed Nicolae Ceaușescu and his wife, Elena. I wonder if America will reach this point?

I found it fascinating; the similarity between Ceausescu and Bernie Sanders. Both were lazy and did not like to work. When queried by his employer (a shoemaker) on how he intended to make a living, Ceausescu replied, "I'll become the Romanian Stalin."

Ceausescu became a socialist so he wouldn't have to work; to live by taking from others who do work. Sounds about right for a socialist.