Just Say No To A VAT 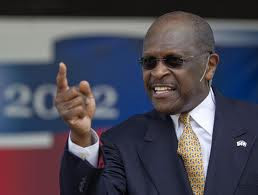 Henry Cain is a viable candidate for President.
I like much of what this man says, but his '9-9-9" plan does not give me tingles. "No tingles?" you may very well ask. "Why so?"

The answer is simple - because it imposes a new federal tax, a national sales tax or Value Added Tax.  Cain's 9-9-9 plan would establish a 9% personal income tax, a 9% business tax and a 9% value added tax while eliminating nearly all deductions.

Allegedly everyone would pay taxes. For about 15 minutes.

Because that's how long it would be before Congress started monkeying around with the tax laws to accomodate their friends. And now with a VAT jackhammer in their tax toolkit, Congress could really nail the most productive segment of the economy in order to benefit the least productive segment, all in the name of fairness. 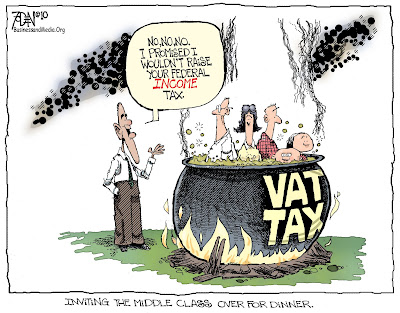 How to reduce government? Gridlock. Bind up those thieving SOBs in Congress and the WH so badly that they can't do any damage.

This is from a 2000 interview by "Uncommon Knowledge" host Peter Robinson with economist Milton Friedman.

According to Friedman, gridlock was the unintended mechanism through which the federal government finally realized some budget surpluses during the later years of the Clinton administration.


Milton Friedman: The better model is Reagan, cutting taxes. The reason you have a surplus today, in my opinion, the credit for that has to be given overwhelmingly to gridlock.

Milton Friedman: If you had had a Democratic House and Senate, as well as a Democratic president, you would not have a surplus today in my opinion. They would have spent it. Similarly if you had had a Republican president as well as a Republican House and Senate, I doubt that there would have been a surplus today. Because they would either have spent it or had tax reductions.

Peter Robinson: So when President Clinton steps forward to take his bows, you don't applaud at all?

Peter Robinson: Okay, you applaud but for a different reason than the one he supposes.

Milton Friedman: The winning thing that really contributed to our successful economy over recent years is that the government has stayed out pretty much, with the White House and the Congress and the Senate haven't done much.

Peter Robinson: In this upcoming election, you'd hope for the White House and Congress to be captured by different parties? You vote for gridlock? Or what would you tell the next president about keeping the economy growing?

Milton Friedman: First of all, I don't think the president has a great deal to do with keeping the economy going.

Milton Friedman: I think presidents have a great deal to do with keeping the economy from growing. They can follow follow-throughs which will cause contractions. But I think the economy is largely independent of the government, and what keeps it going is its own internal development.

However, you can short-circuit that internal development. If you impose very high taxes, and eliminate the incentive to innovate, to improve, to take risks, and do things, you'll kill the economy. And that's what's happened over and over again in other countries around the world.

[...] Peter Robinson: But if you cut taxes, what does that do to help the government meet its unfunded obligations.

Milton Friedman: It doesn't do a thing, but let's go back. To meet the unfunded obligations, you really need a change in Social Security. All the rest of this talking about paying down the debt as a way of solving the Social Security problem--

Milton Friedman: --is an evasion. In the long run government will spend whatever the tax system will raise, plus as much more as it can get away with. [emph. mine ~ sig94] That's what history tells us, I think. So my view has always been: cut taxes on any occasion, for any reason, in any way, that's politically feasible. That's the only way to keep down the size of government.

Rahm And Obama Down By The Schoolyard

It against de law
In some states still.
Posted by sig94 at 9:07 PM No comments:

Not The Sharpest Pencil In The Pack Once again we are presented with clear evidence that the democrats want to reduce America to the status of a third world country - the United States of Venezuela. Why continue to have elections when our legislators are so busy turning America into a socialist swamp? Why allow elections - as we have done during every war, every natural emergency for the past 230 years - when we can have El Congressmano-for-Life instead?

"You have to have more ability from Congress, I think, to work together and to get over the partisan bickering and focus on fixing things. I think we ought to suspend, perhaps, elections for Congress for two years and just tell them we won't hold it against them, whatever decisions they make, to just let them help this country recover. I really hope that someone can agree with me on that. The one good thing about Raleigh is that for so many years we worked across party lines. It's a little bit more contentious now but it's not impossible to try to do what's right in this state. You want people who don't worry about the next election."

This was a comment that North Carolina Gov. Beverly Purdue made yesterday.

Now her office says that she was only joking. Riiiiight. No way this sounds like she was joking.

This "joke," if that's what it is, sounds like she pulled it out of her ass rather than Capt. Billy's Whiz Bang. The stonewalling perpetrated by the Bureau of Alcohol, Tobacco, Firearms and Explosives in the now infamous Operation 'Fast and Furious' debacle continues to unravel. ATF agents actually bought guns with taxpayer funds and gve them to straw buyers where they eventually ended up in the homicidal hands of Mexican narcotics cartel members.

Mexican officials claim at least 200 of their citizens have been murdered by cartel members who were armed by the ATF.

Mind you, there are some very decent, hard working people who work for the ATF and they also are outraged by what happened. But apparently only a very few have had the courage to step forth and give evidence implicating the government in a massive cover up of an incredibly ill-advised, ill-conceived, bungled law enforcement initiative that was doomed from the get-go. Whoever floated this idea should have been booted out of the office and reassigned to Guam. The only way this could get worse is if the ATF also provided party favors - the machetes that the cartels have used in the scores of decapitions that plague Mexico's cities.

Not only did U.S. officials approve, allow and assist in the sale of more than 2,000 guns to the Sinaloa cartel -- the federal government used taxpayer money to buy semi-automatic weapons, sold them to criminals and then watched as the guns disappeared.


This disclosure, revealed in documents obtained by Fox News, could undermine the Department of Justice's previous defense that Operation Fast and Furious was a "botched" operation where agents simply "lost track" of weapons as they were transferred from one illegal buyer to another. Instead, it heightens the culpability of the federal government as Mexico, according to sources, has opened two criminal investigations into the operation that flooded their country with illegal weapons.

Clue #1: A sting operation or a "buy-bust" is when you arrest and charge the guys who are buying the guns. This never happened. As far as we know, not one arrest has been made from this operation. However, an ATF agent who criticized his superiors for the way this whole cluster was run was transferred. That'll teach 'em.


In June 2010, however, the ATF dramatically upped the ante, making the U.S. government the actual "seller" of guns.

But Agent Dodson refused to let the criminals out of his sight and kept them under suveillance for almost a week. When the guns were going to be picked up. he was about to move in and make arrests when his supervisor ordered him directly to let all the suspects go. The supervisor's name is David Voth. Voth was recently promoted:


The transfers to Washington include one promotion and two lateral moves, according to the official who asked not to be identified because he is not authorized to comment on the matter.

Three ATF supervisors who played roles in the controversial gun sales sting known as Operation Fast and Furious have been given jobs at ATF headquarters in Washington even as the Justice Department's Inspector General is probing the matter, a senior federal law enforcement source has confirmed.

The move to positions at ATF headquarters, first reported by the Los Angeles Times, were given to William McMahon, ATF deputy director of operations for the West; and William Newell and David Voth, both field supervisors in the Phoenix office who oversaw the program.

Voth received a promotion to branch chief in the ATF's tobacco division, according to the senior federal law enforcement source.

The emails detailing how these deals went down are still coming in under Congressional subpoena. Hopefully other ATF agents will find their stones and come forth with more information. This whole operation was nothing more than a way to politicize the gun violence meme that Obama and the liberals have been spouting for decades. It blew up in their faces when a Border Patrol agent was murdered with a "Fast and Furious" firearm and now with the help of the MSM the Obamites are trying to cover their tracks.
Posted by sig94 at 9:00 PM 9 comments: Big Fur Hat lays some wood on the usual suspects protesting the execution of Troy Davis in Georgia last week for the 1989 shooting death of an off duty police officer.

There were a couple of Davis’ fellow thugs who tried to massage their testimony 20 years later and were exposed by questioning to be fabricating new “facts.” The lies were exposed by prosecutors. When Davis had his hearing to appeal for a new trial, these “recanters” were never called to the stand by Davis.

Furthermore, a witness can only recant ON THE STAND. None of them ever did. So, there were no recantations.

Further still, bloody clothing found in the washer at the Davis home was thrown out of court for improper search warrants. So, even though it wasn’t used in court Davis was convicted anyway. The bloody shorts can be used in the court of public opinion. This is damning evidence to satiate the troubled mind.

The way these Davis apologists frame their argument makes it sound as if this was a case of mistaken identity, as if Davis was a guy that had nothing to do with this fatal shooting of Officer MacPhail. That is not the case. The part these advocates leave out is that the only “fogginess” that the defense has cobbled together is whether the shooter was Davis or his friend Coles. The defense tries to pin the murder solely on Coles. But CREDIBLE eyewitness say the shooter was wearing a white tee shirt with print on the front. (It was a Batman tee shirt.) Among these eyewitnesses, that were only a few feet from the murder, were three U.S. airmen. 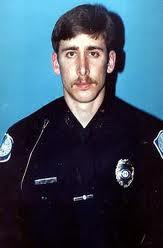