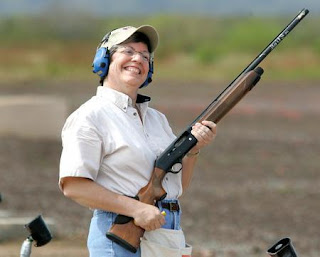 Some of the nation's biggest airports are responding to recent public outrage over security screening by weighing whether they should hire private firms such as Covenant to replace the Transportation Security Administration. Sixteen airports, including San Francisco and Kansas City International Airport, have made the switch since 2002. One Orlando airport has approved the change but needs to select a contractor, and several others are seriously considering it.

Which is why they have to hobble the private sector everywhere they can... And Katy Couric Speaks...
Maybe we need a Muslim version of ‘The Cosby Show.’ . . . I know it sounds crazy, but ‘The Cosby Show’ did so much to change attitudes about African-Americans in this country and I think sometimes people are afraid of things they don’t understand.”

GNN encourages you to submit plot and story lines. The dance above was, well, you know...preceded by this stellar moment in TV history...
Posted by Rhod at 6:46 AM 9 comments:

We Need A Raise 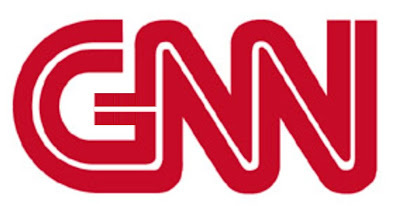 The news business is a cut throat profession with wire-thin profit margins and mile-wide egos. Here at the Goomba News Network, corporate accountants recently announced a series of profit enhancing measures designed to make 2011 our best year ever.

Rhod will digitize and sell on-line access to his prodigious collection of pornographic thesauri.

DC must remove his .45-70 reloading gear from the old linotype room so the GNN cafeteria can finally install a sushi bar.

Sig94 will no longer use the costly Employee Mental Health Assistance Program in order to stop referring to himself in the third person. Really, he promised.

And Nickie will even provide the clippers so he can lease his back for GNN advertising.
Malibu Beach, here we come! We'll see you again in the New Year

This evening, in an annual ritual celebrated since 1961, DC, Rhod, Sig94, and I climbed the stairs to the roof of the Goomba News Network Building to illuminate the traditional "Good Riddance, Old Year" ball of lights.
This impressive fixture will brighten the intersection of State Street and 4th Avenue in downtown Sandusky until the stroke of midnight on New Years Eve. At that moment, Rhod will spit off the roof, yell "Acta est fabula, plaudite!" to the crowd, and turn off the lights.
Ah, tradition! We can't get enough of the stuff.
WE NEED A REST.
WE'LL BE BACK IN THE NEW YEAR.

Political Views Are "Hard Wired" Into Your Brain

GNN - In a ground-breaking new study by scientists at world-renowned University College, London, the conservative brain was found to be imperfect compared to the liberal/Labor brain, upholding similar conclusions from UCLA. The complicated analytical device below, shown in a photograph smuggled out from its manufacturer in Scotland - the amiable host country for British manufacturing and advanced technology - is thought to be the source for University College's data. The study figure attached to the device is an unidentified brilliant American. 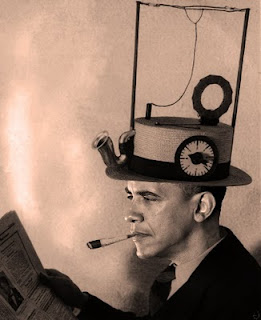 Dr. Alistair Bollocks-Sweetbreads,OBE, professor, phrenologist and tosser (shown below in his faculty portrait) asserts that his conclusions are indisputable; his sample included several students and two members of Parliament. Bollocks-Sweetbreads deduced from his study that conservative brains are ruled by anxiety and emotion, while liberal brains generate courage and optimism. Bollocks-Sweetbreads' name has been submitted for a Nobel Prize by the UC's Jeremy Bentham Viewing Club. 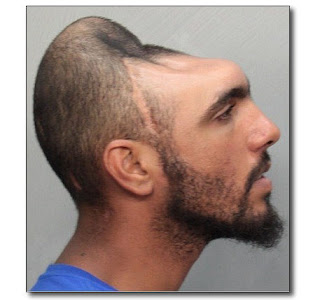 Bloomberg On The Case

GNN - Today, New York City's Progressive Mayor, Michael Bloomberg, put aside his proposed food flavor restrictions and turned his attention to complaints about snow removal efforts in the city's boroughs. Bloomberg hinted that the complaints were made by sissies, and he cited a metric never before used for this city service, claiming that "96 percent" of New York's streets had been cleared of snow.

The Mayor went on to note that new state-of-the-art hiring kiosks were deployed city-wide to boost the number of workers in NYC's Department of Public Works. Bloomberg, facing tough re-election prospects because the public-to-private employee ratio has dipped severely from 112:1 to 111:1, said that he would focus his attention on this shortfall "like a laser beam". 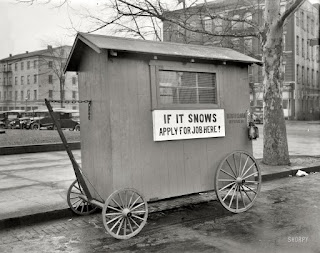 GNN brings you the closest look at Janeane you've ever seen!

(UK) About half a million pensioners spent Christmas in bed, in order to keep warm. It is more complex than just fuel poverty, but it is certainly the case that every new windmill and every new middle-class solar panel user, milking the system for the feed-in-tariff, is putting heating out of the reach of still more pensioners.

What people forget, though, is that the greenie objective, quite deliberately, is to increase the cost of energy, firstly to discourage its use and secondly to make inefficient alternatives more attractive. By this means, greenie policies put pensioners in bed ... and hasten them to their coffins.

Hat Tip to EUReferendum
Posted by Anonymous at 3:02 AM 6 comments:

Well, not really, but something like it happens every year. The talk about Mad Magazine free-associated me to Stan Freberg, the first adult comic I understood, aside from Shelley Berman. Freberg contibuted to Mad a long time ago.

Most of his routines are dated, now, or too long for a quick tramp through the blogs. But this is good, short, and those of a certain age will remember it, although with different imaginings. 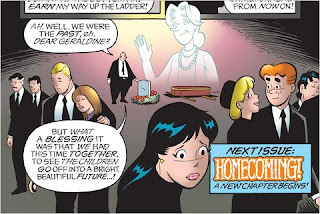 Brace yourself. The owners and publishers of the Archie Andrews franchise might kill off the stern former pickle factory worker, and spinsterish teacher, Geraldine Grundy. I don't know where the comic strip stands now, because the last time I saw an Archie comic strip, Smokey Stover and Snuffy Smif were still alive. The first time I saw Archie was probably when the Teenie-Weenies were making their beds in walnut shells. Both were a long time ago. In the intervening years, I read the Sunday comics mainly to see what Walt Kelly was up to with Pogo.

When I was in college, Archie was still wearing a sleeveless Argyl sweater and saddle Oxfords. His car was still the topless Model-T-like wreck; Veronica still looked like Veronica Lake, Reggie had patent-leather hair, Jughead was a dunce - it wasn't politically incorrect to notice it - and Moose was an adorable, dimwit bully balanced on the knife-edge dividing rage from harmless stupor. Its plots and characterizations were obsolete even, if not especially, then.

I'd been told that Archie was an update to the Harold Teen comic character from the 1930's. I don't know. The best comic satire of Archie was in an early 1950's Mad Magazine spoof where Archie (Starchie) is sent to prison for some offense , until "the cross-hatches on the sides of his head turn gray". It was drawn by one or more of Mad's wonderful illustrators, Wallace Wood, Jack Davis or John Severin.

Prison was probably a better fate for Archie than to be made "relevant" by the probable changes in his cartoon universe. Those changes will almost certainly be toward the busybody lefty youth-agitprop kind. If they're willing to kill Geraldine with cancer, and are aiming at the suggestible and generally confused minds of adolescents and young teens, you can imagine what's around the corner.
Posted by Rhod at 1:39 PM 9 comments: