That's How We Grow Conservatives 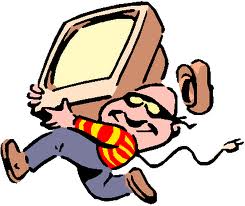 US Supreme Court Justice Beyer has been victimized for the second time in three months. First a machete wielding gardener robbed him in the Caribbeans and now someone broke into his house and made off with some goodies.

I'd love to see the rap sheet of the crook who took the candlesticks. 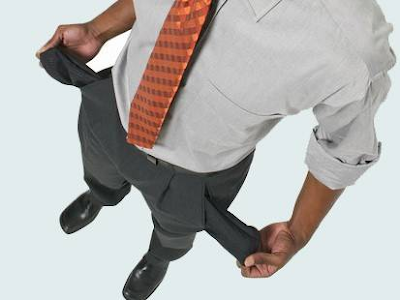 In yesterday's news,  a political nothing, a nobody, shows that he can poll almost equal with the President.

In the President's own party primary.

It didn't get any better today.

The WashTimes relates how Obama now has the budget blues, again from his own party.

Coupled with the House's rejection in March, 414-0, that means Mr. Obama's budget has failed to win a single vote in support this year.

Republicans forced the vote by offering the president's plan on the Senate floor.

Democrats disputed that it was actually the president's plan, arguing that the slim amendment didn't actually match Mr. Obama's budget document, which ran thousands of pages. But Republicans said they used all of the president's numbers in the proposal, so it faithfully represented his plan.

Sen. Jeff Sessions, Alabama Republican, even challenged Democrats to point out any errors in the numbers and he would correct them — a challenge no Democrats took up. 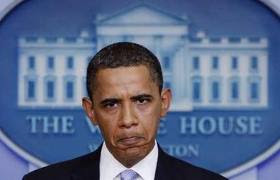 What do you say when a nobody from no where with no money and no name recognition is within seven points of a sitting President in a Presidential primary?


Obama Leads by Only 7 in Arkansas's Democratic Primary 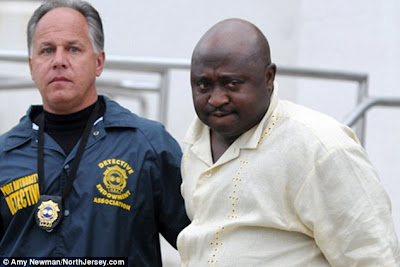 Authorities say a longtime security supervisor at a New Jersey airport has been arrested on a charge he was using the identity of a New York City man who was murdered 20 years ago.

Illegal immigrant Bimbo Olumuyiwa Oyewole, 54, of Nigeria, was arrested on Monday at his home in Elizabeth.

His co-workers knew him as Jerry Thomas, a man who was murdered in New York City in 1992, the same year Oyewole allegedly assumed his name when he started working at the airport.

It wasn't immediately clear how Thomas' personal information was acquired.

The Nigerians have upped their game over the last twenty years. Now they steal identities and screw people through the internet and never have to leave their own country - or show up for work.

An airport employee who was familiar with Oyewole as Thomas said the private security guards he supervised are responsible for manning TSA security checkpoints after passenger gates close for the evening and before they reopen in the morning.

The guards also inspect delivery vehicles for possible unauthorized cargo, he said, speaking to The Associated Press on condition of anonymity because he was not authorized to speak about the matter.

I really would like to know how he got his hands on the identity of a murder victim. I imagine the cops are going through his house and personal effects with a fine tooth comb. Maybe they'll find a few more of Obama's relatives... 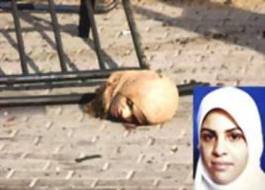 An Army training exercise warning of the dangers of Islam and how agents of Hamas have penetrated the US government has surfaced and the libs/Muslims are once again having a conniption.  From the Daily Mail:


The shocking slides are part of a course called ‘Understanding the Threat to America’, which was taught at Joint Forces Staff College by Army Lieutenant Colonel Matthew Dooley.

Dooley has since been suspended from the army but still works at the college.

The presentation - entitled ‘So What Can We Do?’ A Counter - Jihad Op Design Model - lists Dresden, Tokyo, Hiroshima and Nagasaki as precedents which can be applied to ‘Mecca and Medina’s destruction.’

The presentation reads: ‘Given the factual basis of what "Islamists" say they seek to impose on the world, the United States has come to accept that radical "true Islam" is both a political and military enemy to free people throughout the world.

‘It is therefore time for the United States to make our true intentions clear. This barbaric ideology will no longer be tolerated. Islam must change or we will facilitate its self destruction.'

Islam hasn't changed in 1400 years. They're still lopping off heads and arms like an insane hedge trimmer in Augusta just before the PGA Masters Tournament. So facilitate away...


[...] The documents showed that both the anti-Islamic courses were prepared by the Strategic Engagement Group, Inc., according to Al Jazeera.

The group formed in 2010 'for the purpose of exposing and defeating efforts to subvert the United States Constitution and subjugate the American People,’ says the company’s website.

I am glad to see that someone is taking Islamic rhetoric seriously. Except for this liars like this clown.


Ibrahim Hooper, CAIR’s national communications director, told Al Jazeera: ‘The intention of these trainers is to demonise Islam and to marginalise American Muslims.’

Seems to me that whenever CAIR is mentioned by a liberal news source, they always forget to include this little nugget:  CAIR is listed as an unindicted co-conspirator suspected of supporting Hamas terrorists.


Initially, CAIR protested its inclusion on the government’s unindicted co-conspirator list. It moved before Federal Judge Jorge Solis, who tried the Holy Land Foundation case, to have its name, and those of the other unindicted parties, expunged from the government’s list. It also asked the court to find that its Fifth Amendment rights had been violated by the government’s public filing of the list.

Judge Solis issued an order in response to CAIR’s motion (and that of two other parties) on July 1, 2009. That order was not made public until it was affirmed by the 5th Circuit Court of Appeals last month.

Judge Solis refused to remove their name from the list of organizations supporting terrorism. The ruling and sentencing can be found here. CAIR is consistent in it's use of legal maneuvering to obfuscate it's true purpose: to install Islamic rule in this country by any means possible.


The slides are apparently approved by two retired three-star generals and James Woolsey, a former CIS director.
John Kirby, a spokesman for the Department of Defense, said: ‘The material that was presented to us as a matter of concern by this young officer student certainly is not in keeping with our values - and more importantly, not even in keeping with the strategy as we see it in the "War on Terror".'

Methinks the DoD needs to rethink their strategy because the current one sure as hell isn't working.