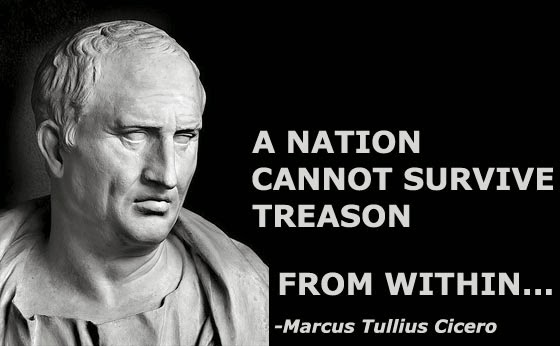 With the return of Sgt. Bergdahl to the US there is a great deal of talk about treason.

Treason is unlike any other crime in US jurisprudence. The NY Sun gives a well measured treatise on this matter.


Treason is the only crime the Constitution pre-empts Congress from defining. It’s also the only crime to which such authorities as the police and the FBI mayn’t take a confession. It is the only crime of which the judicial branch is barred from convicting someone through the normal rules of due process. Treason is special, made so because of abuse by the English kings. And it has often been tested in our courts in ways that guide our thinking in the current crisis.

Treason against the United States, our Constitution says, may consist only in levying war against them or adhering to their enemies, giving them aid and comfort. Feature the liberality of that formulation. One can, even in war, dissent from our government without committing treason. The plain language suggests that one can even adhere to an enemy without committing treason. That is, an American whose family came over from, say, Germany, could have privately rooted for Germany in World War I.

Treason is defined in Article 3, Section 3 of the US Constitution:


Treason against the United States, shall consist only in levying War against them, or in adhering to their Enemies, giving them Aid and Comfort. No Person shall be convicted of Treason unless on the Testimony of two Witnesses to the same overt Act, or on Confession in open Court.

The Congress shall have Power to declare the Punishment of Treason, but no Attainder of Treason shall work Corruption of Blood, or Forfeiture except during the Life of the Person attainted.

The reason for this rather strict definition is that the English kings took a rather liberal view of treason which included sleeping with a woman of the Royal Family that you were not married to.

Bang the Princess and Hang... so to speak.


The Supreme Court has taken great care with treason. Bollman and Swartwout, two confederates of Aaron Burr, were let off by Chief Justice Marshall because conspiring to levy war, which they’d one, and actually levying war, which hadn’t been done, are two different things. The conviction of Tomoya Kawakita, who’d been born in America but was in Japan when World War II erupted and went to work in an arms plant, was sustained.

The plant used American POWs as labor. It seemed the courts were inclined to given Kawakita the benefit of the doubt but were horrified at evidence that he had struck American POWs. The Supreme Court sustained his conviction and his death sentence. President Eisenhower commuted it to life in prison; President Kennedy later pardoned him on the condition he be deported to Japan and banned from returning to American soil.

Email ThisBlogThis!Share to TwitterShare to FacebookShare to Pinterest
Labels: Traitors, Treason, US Constitution

How To Stay Out Of Trouble 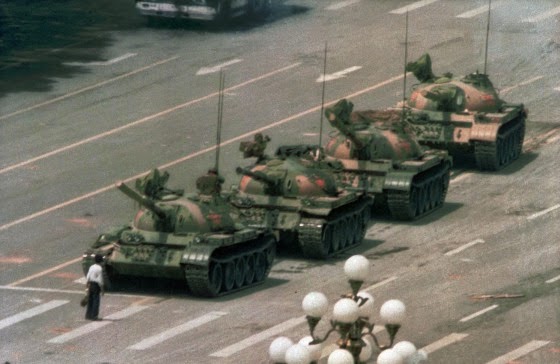 We've all seen this iconic depiction - "Tank Man" -  of an individual's stand against tyranny, but this author poses a very significant question about the events in Tiananmen Square:


Why hasn't Hollywood produced a movie about the massacre in Tiananmen Square? 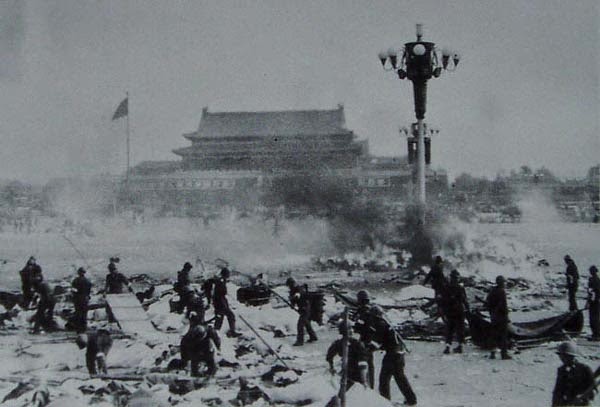 It is estimated that the Chinese murdered several thousand protesters on this day in 1989 but movie producers seem to have no interest in documenting this outrage. Mr. Gonzalez offers an explanation: 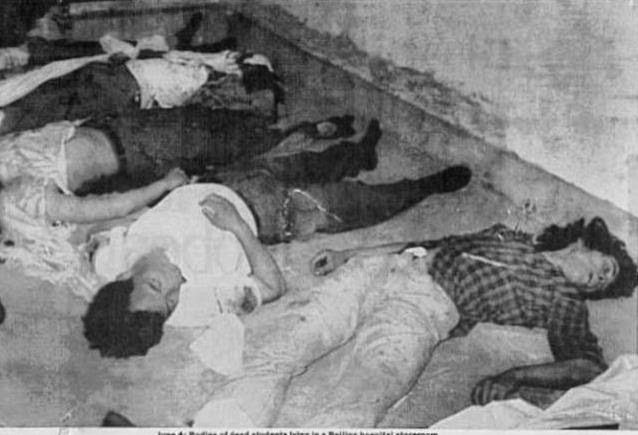 It’s not surprising China wants everybody to forget Tiananmen – and Hollywood may be influenced by that. After all, Hollywood receives significant funding from China. One of my friends in Hollywood, Ben Shapiro, told me yesterday that “everyone is scared of the Chinese market being closed to particular films or studios.” Indeed, in 2012 Chinese audiences shelled out $2.7 billion in box office sales for “Meiguo Da pian”—big American movies –and studios from Disney to Fox co-produce movies with China. DreamWorks has even struck a deal with two government-owned Chinese companies to create “Oriental DreamWorks.” One Chinese media fund alone—the Harvest Seven Stars Media Private Equity—has about $1 billion to invest in Hollywood.

Bergdahl Is No Hero

Bergdahl has been "swiftboated" by his own mates.
Those who served with him in Afghanistan know him best when it comes to his convictions, courage and competence.

His former squad leader is an admin on one of many Face Book's anti-Bergdahl sites.


Five years ago, one of the brave soldiers who risked his life to search for Bergdahl answered my questions and I published his statement on July 20, 2009:

“I know the story and the accounts that he was drunk or that he was lagging behind on patrol are not true– this soldier planned this move for a long time. He walked off the post with a day’s supply of water and had written down before that he wanted to live in the mountains…he is an embarrassment to everyone who has worn the uniform.”

After news broke this weekend of President Obama’s trade of 5 high-level Taliban commanders at Gitmo for Bergdahl’s “freedom,” I heard from another soldier who served on the search team.

“Many of my brothers died because of PFC Bergdahl’s actions, and this has been a very hard day for all Geronimos,” he told me after documenting his proof of service. Other journalists ignored his attempts to get the truth out.

This is a very short video of a jihadi celebration.
Watch the clown in the blue shirt as he reaches across the table and accidentally sets off a party favor.
Hilarity ensues, virgins are dispensed, Allah wets his pants.

I think the flag in the background is the Free Syria Army flag. 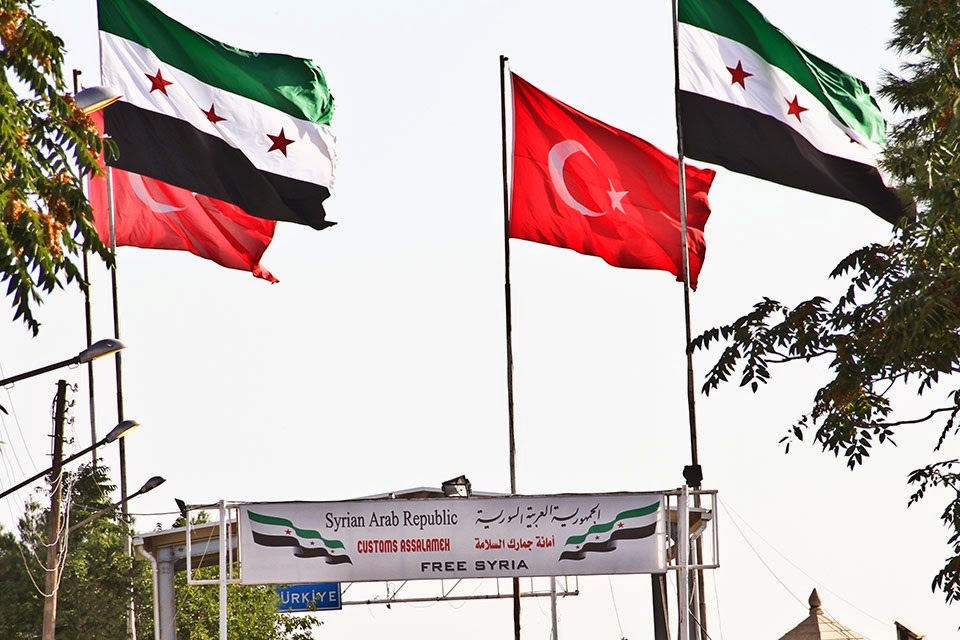 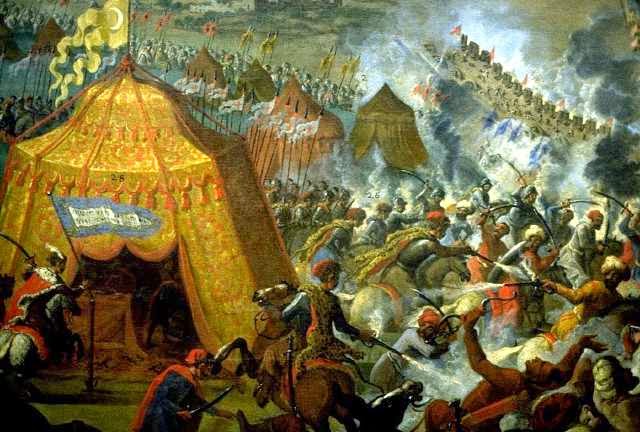 In an article appearing in American Thinker, Mike Konrad explores Islam's body count over the centuries. Their religion sucks but their murder instincts rock.


When one thinks of mass murder, Hitler comes to mind. If not Hitler, then Tojo, Stalin, or Mao. Credit is given to the 20th-century totalitarians as the worst species of tyranny to have ever arisen. However, the alarming truth is that Islam has killed more than any of these, and may surpass all of them combined in numbers and cruelty.

The enormity of the slaughters of the "religion of peace" are so far beyond comprehension that even honest historians overlook the scale. When one looks beyond our myopic focus, Islam is the greatest killing machine in the history of mankind, bar none.


... and Islam has surpassed the victims of 20th-century totalitarianism. However, it does not end there. Add the millions who died at the hand of Muslims in the Sudan in our lifetime.

[...]Remember that in the 7th century, North Africa was almost totally Christian. What happened to them?