Actually, DeCaprio's batshit politics are probably closer to Lenin's philosophies. He's a Buddhist-Catholic or a Catholic-Buddhist. He'd embrace a totalitarian government if it would save the environment. In any event, the very mention of his name has managed to piss off a bunch of wigged out commies in the former Commie Land. 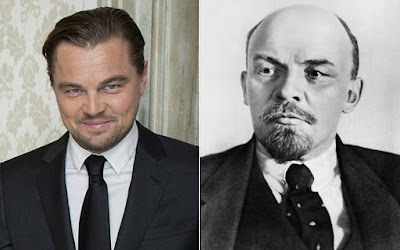 
Communists in Russia have said they will blockade the country’s oldest film studios if it goes ahead with its plan to cast Leonardo DiCaprio as Lenin.

DiCaprio, whose maternal grandmother was Russian, and who bears a striking childhood resemblance to the Russian leader, spoke last week of his fascination with the country’s history and figures.

“I think there should be more films about Russian history because it has many stories worthy of Shakespeare,” he told German newspaper Die Welt.

Exactly. Shakespeare wrote a fascinating play about the murder of 20 million people in his, "A Midsummer Night's Slaughter."


“That is fascinating for an actor. Putin would be very, very, very interesting. I would like to play him.

“Lenin also would be an interesting role. I would like also to star as Rasputin."

I guess DeCaprio has got a major jones for murderers. Perhaps he could wrangle a role in "Stalin: 50 Shades of Death."
Posted by sig94 at 10:00 PM 2 comments:

In another blow to Hilary Clinton's presidential bid, Fox News today announced that US intelligence officials have stated that some of the emails kept on her private, unsecured DoS server were top secret special access programs materials - also informally classified as GRABASSTIC documents.

This informal classification signifies that if the information contained in the document is released or is in any manner made available to unauthorized persons, the originating agency is warned to grab their asses and squeeze real tight because they're going to shit themselves.

All kidding aside, this is not a funny matter. This insane hag has compromised national security in a manner not seen in decades. Of at least since her husband gave away classified ballistic missile technology to the ChiComs.

The actual FNC release is as follows:

EXCLUSIVE: The intelligence community has now deemed some of Hillary Clinton’s emails “too damaging" to national security to release under any circumstances, according to a U.S. government official close to the ongoing review. A second source, who was not authorized to speak on the record, backed up the finding.

The decision to withhold the documents in full, and not provide even a partial release with redactions, further undercuts claims by the State Department and the Clinton campaign that none of the intelligence in the emails was classified when it hit Clinton's personal server.

Fox News is told the emails include intelligence from "special access programs," or SAP, which is considered beyond “Top Secret.” A Jan. 14 letter, first reported by Fox News, from intelligence community Inspector General Charles McCullough III notified senior intelligence and foreign relations committee leaders that "several dozen emails containing classified information” were determined to be “at the CONFIDENTIAL, SECRET, AND TOP SECRET/SAP levels."

Other bloggers have been digging into Ted Cruz' personality and his ethics.
Both are found to be wanting.

Some interesting material found in The Last Refuge. Particularly informative in the "ethics" section is the documentation showing Cruz' participation in possible fraud in the 2014 Missouri Republican Senate primary between Thad Cochran and Chris McDaniel.


Forget about trying to graph, measure or quantify how sharp Donald Trump’s political instincts are, he’s just off the charts. However, his decision to spotlight Ted Cruz’s greatest weakness, “the personality of Cruz“, the “in-authenticity”, is beyond brilliant.

Candidate Trump previously stated: “Ted Cruz is just a nasty person” – and by all accounts the pontificating arrogance and personality of Ted Cruz was not only captured by the broadcast, but for the first time Iowans who tuned-in saw first hand WHY Ted Cruz is the loneliest man in Washington DC.


The original Tea Party patriots, grassroots, supported Senators Rand Paul and Ted Cruz. Many people in the past several months have asked when we discovered that Cruz was a fraud. We have repeatedly outlined a very specific time frame when Ted Cruz’s “pivot point” was identified.

In this video (prompted to @03:10) you hear Glenn Beck mention when and why he gave up on Rand Paul. Beck claims he became disgusted with the Senator when he made a deal with Mitch McConnell. You only need to see about 30 seconds of it to understand.

[...]Glenn Beck then goes on to say the deal with Mitch is why he dropped support for Rand Paul and yet supports Ted Cruz.

Senator Rand Paul and Senator Ted Cruz made the same deal, together, at exactly the same time.

“The deal”, as Beck describes it, was actually real – and did actually take place. The deal was to go along with Senate Minority leader Mitch McConnell’s overall objectives, electoral objectives AND legislative objectives, as the GOP entered into the 2014 mid-term election cycle.

Trump is now coming under fire for posting a likely photoshopped picture of Meghan Kelly and some Saudi prince. I doubt Trump has ever photoshopped anything, probably a rabid underling got this going. I am much more interested in Cruz' participation in undermining a fellow Republican.

Trump No Show On Fox

Rush Limbaugh has an interesting take on why Trump shot down the Fox network. It boils down to this: why supply the bullet, load the gun and hand it to someone so they can shoot you? 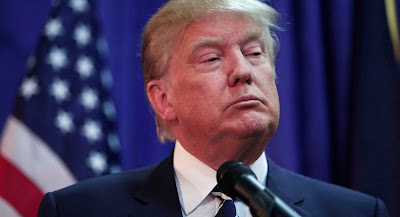 Trump is so far outside the formula that has been established for American politics that people who are inside the formula can't comprehend it. They don't understand why somebody would want to venture so far outside it, because it is what it is, and there's a ladder of success that you have to climb. And somebody challenging it like this in more ways than one, as Trump is doing, has just got everybody experiencing every kind of emotion you can: They're angry, they are flabbergasted, they're shocked, they're stunned -- and all of it because he's leading.

[...]But folks, one other thing about this. If I heard it once last night, I've heard it a thousand times since, that Trump is afraid of Megyn Kelly or afraid of Fox News. That is not what this is. There isn't any fear. What is there is here -- in my opinion -- is a desire to control this and a purposeful decision to not put himself in a circumstance where other people want to make him look bad.

In his mind, that's a dumb thing to do. You don't put yourself in a circumstance where a whole bunch of other people are gonna be able to make you look bad while you're there. If they do it when you're not around, that's another thing, you can counterprogram it, you can do whatever, but you don't have to put yourself in a circumstance where you have to personally deal with it as a sign of disrespect or somebody else trying to notch their belt. It really isn't any more complicated than that.

Now, Trump's out there talking about how they're desperate to have him because high ratings means a lot of advertising revenue. Lower ratings means lower advertising revenue because Fox has to charge less. They were hoping to get $750,000 a minute, I heard, and they may be down to $150,000 a minute if Trump isn't there. I mean, these are samples of the kind of things going around.

The NY Magazine also has something to say about the internal squabble going on at Fox right now over Trump's no show. 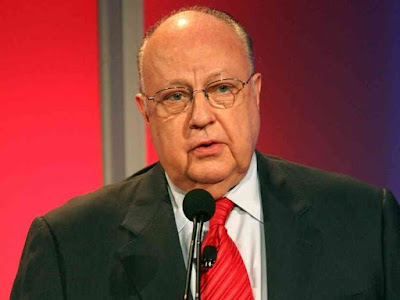 As the war between Fox News and Donald Trump ratchets up, Roger Ailes is fighting off criticism from his senior executives over his handling of the crisis. According to one highly placed source, last night, Ailes sent out the now-famous statement mocking Trump as being scared to meet with the “Ayatollah” and “Putin” if he became president. “That was Roger 100 percent,” the source explained. “A lot of people on the second floor” — where top Fox executives work — “didn’t think it was a good idea.”
Fox executives are also troubled that Ailes’s principal adviser right now is his longtime personal lawyer and Fox & Friends contributor Peter Johnson Jr. “He wrote the statement with Peter,” the source explained. “Peter is running the war room,” another Ailes friend told me. Fox executives are worried that Ailes is relying on an attorney with scant communications experience as the network is reeling from the biggest PR crisis in recent memory.

Unfortunately there appears to be few men and women of honor in high government positions today. The National Review points to FBI Director, James Comey, as a possible, even likely, exception. And he would be a rather large exception at that; he stands at 6'8". 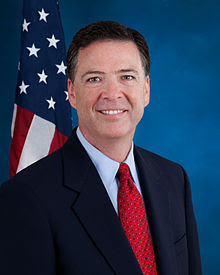 There is talk that Comey would resign in the event that the DoJ tries to derail the Hilary Clinton email impeachment train.

[...]Not many people remember that Comey almost resigned a high-profile law-enforcement job once before, upset because he thought White House politics were overruling the law. Back in 2004, Comey was Attorney General John Ashcroft’s top deputy.


Used to be, people of honor would resign, or slit their guts, at the drop of a hat if their position was compromised by their superiors of if they screwed up. Now they blame global warming, right wing conspiracies and gender bias when they get caught with their hand in the cookie jar.
Posted by sig94 at 4:49 PM 7 comments:

Battle Of The Billionaires

First we have Trump and now Bloomberg may throw his hat into the ring.

Sources: Bloomberg Willing To Spend $1B On Possible Presidential Bid

Former New York City mayor Michael Bloomberg is taking a look at the 2016 presidential landscape, and putting the pieces in place for a possible presidential run, sources close to Bloomberg said.

This scenario has been bandied about before. But with this renewed trial balloon, perhaps Bloomberg smells an indictment in the wind?
Posted by sig94 at 10:16 PM 3 comments: 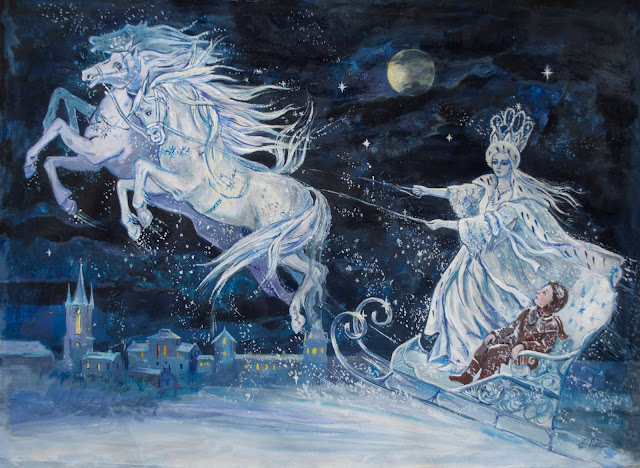 As I said in a previous post, last week we moved our daughter from the snowiest city in the USA down to NYC, which promptly experienced its biggest snow storm since Hannibal crossed the Alps. I'm wondering if there is a connection. Did it follow her down? Can she be the Snow Queen?

In any event, on Friday her sister took a train to NYC to visit for a few days and now they're both  there. We're hoping she can return tonight.
Posted by sig94 at 1:07 PM 7 comments: