Why The First Family Has Flower Gardens 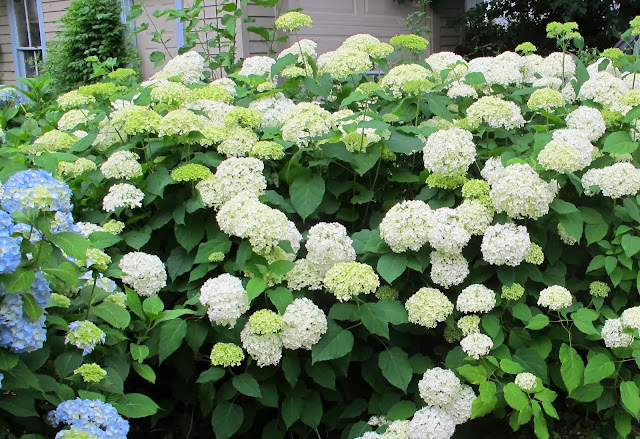 
A spate of hydrangea thefts in northern France have been blamed on "hortensia gang" of cash-strapped thieves looking for a cheap alternative to cannabis.

Some flower lovers prefer hydrangea of the mophead or lacecap variety, others the snowball, oakleaf, or paniculata, but others simply prefer ripping off the delicate heads of any of the above and smoking them as “cheap weed”, French police have claimed.

Gendarmes in northern France are on the trail of a “gang des hortensias” (hydrangea gang) they believe has made off with the popular ornamental flowers from dozens of gardens to smoke them as a cheap, legal alternative to cannabis.

Last month, residents of the small village of Hucqueliers in the Pas-de-Calais area were dismayed to discover their prize hydrangea of pink, white and blue had been stripped of their flower heads.

Please don't drive with hydrangeas in the car.

Email ThisBlogThis!Share to TwitterShare to FacebookShare to Pinterest
Labels: Huh?

Prince Charley: Put Up Or Shut Up

Prince Charles threw down the gauntlet a few days ago when he stated that people who doubted global warming are like headless chickens.

Charles, who has campaigned for years to reduce global warming, also spoke out against "the barrage of sheer intimidation" from powerful anti-climate change groups during the event held at Buckingham Palace last night.

Someone has picked up the gauntlet and slapped him across his silly face with it.
From Whats Up With That:


His Royal Highness The Prince of Wales,
Clarence House, London.

Your Royal Highness’ recent remarks describing those who have scientific and economic reason to question the Establishment opinion on climatic apocalypse in uncomplimentary and unroyal terms as “headless chickens” mark the end of our constitutional monarchy and a return to the direct involvement of the Royal Family, in the Person of our future king, no less, in the cut and thrust of partisan politics.

Option 1. Your Royal Highness will renounce the Throne forthwith and for aye. Those remarks were rankly party-political and were calculated to offend those who still believe, as Your Royal Highness plainly does not, that the United Kingdom should be and remain a free country, where any subject of Her Majesty may study science and economics, may draw his conclusions from his research and may publish the results, however uncongenial the results may be.

The line has been crossed. No one who has intervened thus intemperately in politics may legitimately occupy the Throne. Your Royal Highness’ arrogant and derogatory dismissiveness towards the near-50 percent of your subjects who no longer follow the New Religion is tantamount to premature abdication. Goodnight, sweet prince. No more “Your Royal Highness.”

There's more, much, much more to this. But here is the challenge....


On the other hand, we Brits are sport-mad. So here is option 2. I am going to give you a sporting second chance, Charlie, baby.

You see, squire, you are no longer above politics. You’ve toppled off your gilded perch and now you’re in it up to your once-regal neck. So, to get you used to the idea of debating on equal terms with your fellow countrymen, I’m going to give you a once-in-a-reign opportunity to win back your Throne in a debate about the climate. The motion: “Global warming is a global crisis.” You say it is. I say it isn’t.

We’ll hold the debate at the Cambridge Union, for Cambridge is your alma mater and mine. You get to pick two supporting speakers and so do I. We can use PowerPoint graphs. The Grand Debate will be televised internationally over two commercial hours. We let the world vote by phone, before and after the debate. If the vote swings your way, you keep your Throne. Otherwise, see you down the pub. 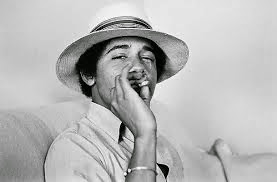 Choom on Barak, choom on.


SEATTLE (CBS Seattle) – According to a recent study, fatal car crashes involving pot use have tripled in the U.S.

“Currently, one of nine drivers involved in fatal crashes would test positive for marijuana,” Dr. Guohua Li, director of the Center for Injury Epidemiology and Prevention at Columbia, and co-author of the study told HealthDay News.

Researchers from Columbia University’s Mailman School of Public Health gathered data from six states – California, Hawaii, Illinois, New Hampshire, Rhode Island, and West Virginia – that perform toxicology tests on drivers involved in fatal car accidents. This data included over 23,500 drivers that died within one hour of a crash between 1999 and 2010.

[...]The researchers found that drugs played an increasing role in fatal traffic accidents. Drugged driving accounted for more than 28 percent of traffic deaths in 2010, which is 16 percent more than it was in 1999.

The researchers also found that marijuana was the main drug involved in the increase. It contributed to 12 percent of fatal crashes, compared to only 4 percent in 1999.

It is so refreshing to see people living their faith.


According to Fox News, a local Chick-Fil-A came to the rescue as a rare snowstorm in the South left citizens stranded on icy interstates and highways, including Highway 280 in Birmingham, Alabama. Thanks to the kindness and generosity of the restaurant employees and owner, Mark Meadows, a good number of stranded motorists were able to find food and shelter from the storm.

Meadows closed the restaurant and sent his staff home when the snow started to accumulate, but a few hours later, many returned to the restaurant, unable to get home due to the weather and road conditions. Audrey Pitt, store manager recounts her experience, “Our store is about a mile and a half from the interstate and it took me two hours to get there. It was a parking lot as far as I could see.” Due to the conditions, Audrey decided to leave her car on the side of the interstate and joined the bundled up drivers trudging through the snow on foot. Describing the scene, she said, “At one point there were more people walking than driving.”

The staff of the Chick-fil-A, a company founded on Christian principles, decided to lend a helping hand to the drivers – some of which had been stuck in their cars for almost seven hours without food or water.

The stranded employees that had returned to the restaurant cooked several hundred sandwiches and stood out on both sides of Highway 280 and handed out the sandwiches to anyone they could get to, slipping and sliding as they braved the falling snow and ice. The best part – the meal was a gift and Chick-Fil-A refused to take a single penny for the sandwiches.

What Does He Know?? 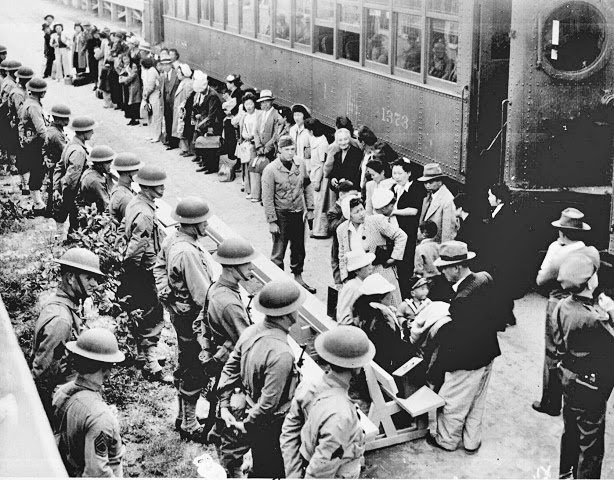 Justice Antonin Scalia predicts that the Supreme Court will eventually authorize another a wartime abuse of civil rights such as the internment camps for Japanese Americans during World War II.

"You are kidding yourself if you think the same thing will not happen again," Scalia told the University of Hawaii law school while discussing Korematsu v. United States, the ruling in which the court gave its imprimatur to the internment camps.

Posted by GoodnightVienna at 4:39 PM No comments:

Peyton Manning stopped to sign T-shirts and autographs on his way out of MetLife Stadium Sunday night. A beer vendor was one who received an example of Manning's largesse."


After everything that happened, Peyton Manning kept stopping in the MetLife hallway and honoring requests for his time, no matter how fresh the wound, no matter how pronounced the pressure, no matter how desperately he just wanted to get on the bus, assume his customary place up front and get the hell out of Jersey.

"The respect he always has for the fans, that's why I like him," Lopez said. "That's why I asked, that's his reputation. I like the way he keeps his emotions out of the public."

And on top of that, Manning also took the time to inquire about Richard Sherman's injury.

“He was really concerned about my well-being,” Sherman said. “After a game like that, a guy who’s still classy enough to say ‘How are you doing?’ To show that kind of concern for an opponent shows a lot of humility and class.” 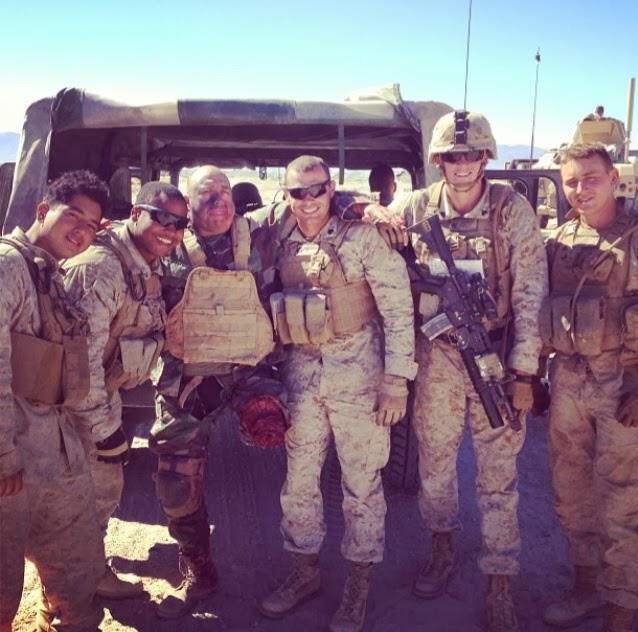