So This Is How We Treat Our Friends? 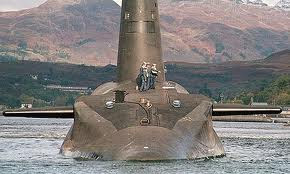 Just when you thought it was safe to take the clamps off your head so it wouldn't explode.

The perfidy of this Administration simply takes your breath away. I am at a loss for words. How can any nation ever trust us again?

The US secretly agreed to give the Russians sensitive information on Britain’s nuclear deterrent to persuade them to sign a key treaty, The Daily Telegraph can disclose.

Information about every Trident missile the US supplies to Britain will be given to Russia as part of an arms control deal signed by President Barack Obama next week.

Defence analysts claim the agreement risks undermining Britain’s policy of refusing to confirm the exact size of its nuclear arsenal.

The fact that the Americans used British nuclear secrets as a bargaining chip also sheds new light on the so-called “special relationship”, which is shown often to be a one-sided affair by US diplomatic communications obtained by the WikiLeaks website.

Details of the behind-the-scenes talks are contained in more than 1,400 US embassy cables published to date by the Telegraph, including almost 800 sent from the London Embassy, which are published online today.

[...] Washington lobbied London in 2009 for permission to supply Moscow with detailed data about the performance of UK missiles. The UK refused, but the US agreed to hand over the serial numbers of Trident missiles it transfers to Britain.

Professor Malcolm Chalmers said: “This appears to be significant because while the UK has announced how many missiles it possesses, there has been no way for the Russians to verify this. Over time, the unique identifiers will provide them with another data point to gauge the size of the British arsenal.”

Duncan Lennox, editor of Jane’s Strategic Weapons Systems, said: “They want to find out whether Britain has more missiles than we say we have, and having the unique identifiers might help them.” . 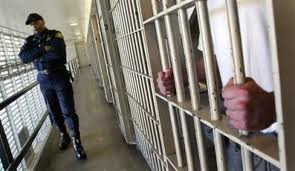 Some nations apparently have abandoned the notion that citizens need to be protected from criminals. Scotland is one of them.

CRIMINALS in Scotland were allowed to run up as many as 40 convictions last year before eventually being jailed, new figures have revealed.

Hundreds of people sentenced to prison for the first time in 2009-10 already had ten, 20, or even 30 convictions to their name.

Over the course of the past few years, two offenders had committed more than 50 crimes before being sent to jail.

[...] Groups that campaign in support of victims expressed surprise that criminals had been allowed to commit up to 40 offences before being jailed.

A spokesman for Victim Support Scotland said: "Clearly, it comes as a surprise to us that, prior to being sentenced to imprisonment, many offenders had more than 20 previous convictions and some had up to 40.

"We can only assume that the crimes which they committed were extremely low level."

A spokesman for Sacro - Safeguarding Communities - Reducing Offending - said: "Claims that some first-time prisoners have a record of up to 40 previous convictions show how important it is to intervene early and intervene effectively to tackle the root causes of offending

The Brits have made a shambles of their crime reporting system. Crime has not been reduced! In 2005 Scotland was labeled by the United Nations (of all things!) as the most violent western nation.

The study, based on telephone interviews conducted between 1991 and 2000, said 3% of people in Scotland had suffered an assault, while the figure for England and Wales was second highest at 2.8%.

Both Australia and New Zealand had the next highest proportion of assaults among their population at 2.4%, exactly double the level reported for the United States.

Back in the early nineties I was examining the crime rates of New York City versus upstate New York cities. At that time, 75% of all felonies in the State occurred in NYC. That number has dropped dramatically (see page 6 of this report).

The counties outside New York City now account for 58% of the reported crime statewide, as compared to 38% in 1990.

One of the strategies that the NYPD adopted was to take a zero tolerance approach to minor offenses. An attitude of lawlessness permeates a society when petty criminals are emboldened by lax law enforcement standards. Citizens do not bother reporting crimes because there is an expectation that authorities will do nothing about it. 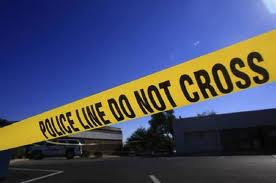 It becomes a self-fulfilling prophecy where public safety augers itself into the ground; in a permissive environment, criminals become more active, more crimes are committed and less crimes are reported.
Posted by sig94 at 4:17 PM 17 comments:

The Rabbi has spoken!

Thrift, hard work, close-knit families, a pioneering spirit, a love of adventure, a rejection of indolence, faith-based ethics, a God-centric society, a belief in spreading freedom and democracy – where did that all go?

But missing from the president’s new, post-midterm vision for America is any mention of the rot in values that is causing our decline. The reason we don’t excel in education is not because our schools focus on philosophy and the humanities to the exclusion of science and math, but rather because we are becoming a pack of ignoramuses watching inane TV shows, following the lives of mostly decadent celebrities, and engaging in an endless orgy of consumption. Our problem is not that we read too much Nietzsche and too little astrophysics, but rather that our character is becoming corrupt.The solution for America is not to raise an army of sterile drones, engineered into productive obedience by a government that emphasizes equations. I have no interest in living in China; communist totalitarianism dare not be our model. Rather, our solution is to reembrace the values that made America great: thrift, hard work, close-knit families, a pioneering spirit, entrepreneurship, a love of adventure, fearlessness, a rejection of indolence, faith-based ethics, a God-centric society, and a belief in spreading freedom and democracy.

Thomas Jefferson knew tons of science and math. So did Benjamin Franklin. But George Washington did not. No historian claims that Abraham Lincoln knew calculus like Einstein. The point is that science and math made some Americans great, but were passed over by others who were equally great.

But what all these men possessed in abundance was a sense of mission. Whether it was a hatred of oppression and tyranny, or a desire to see the dynamic American spirit supplant the ossified European aristocracy, or contempt for brutal institutions like slavery, they all embraced America as a great idea, a living dream, one that could lift men and women and inspire children.

IS ANY of that greatness captured in Jersey Shore or in MTV’s new ode to childhood corruption, Skins? Is American exceptionalism evident in the millions trampling each other at the crack of dawn to get 20% off a new HDTV on Black Friday? Was American greatness in evidence at the recent Golden Globe Awards, where the most ‘beautiful’ among us got up to thank hairdressers and fashion consultants, but not a single star thanked God, with the sole exception of Ricky Gervais, who thanked God for being an atheist? The obsession with celebrity is especially startling. Our founding fathers did not idolize humans. That’s what the British, French and Russians did, lifting ordinary mortals to positions of ‘divine’ grandeur. Rather, the founders idolized God alone – faith in Him was stamped even on our money – and brooked no shallow imitation.

Roaring into the 21st Century...

A New Federal Mandate We Can All Live With 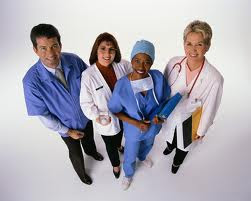 It could be that some semblance of sanity is finally returning to the nation. A federal judge in Florida has overturned the entire ObamaCare health bill which would have forced Americans to purchase health care insurance.

WASHINGTON — A federal judge in Florida said in a sweeping ruling yesterday that President Obama’s health care overhaul is unconstitutional because the government cannot force individuals to buy health insurance.

The ruling, which backs a lawsuit brought by 26 states seeking to overturn the 2010 law, had been expected, and it represents the second ruling against the individual mandate. However, unlike a previous ruling in Virginia, which focused narrowly on the legality of the mandate, Judge Roger Vinson yesterday declared that the entire law should be struck down if higher courts confirm his opinion.

[...] He ruled, however, that the law could remain in effect until appeals from the Obama administration are finished. That process is expected to take up to two years; most specialists anticipate that the US Supreme Court will be the final arbitrator.

Vinson’s ruling was not a surprise. The judge, nominated for the federal bench in 1983 by President Reagan, a Republican, had hinted in earlier writings that the individual mandate has no precedent in US law. But the breadth of his ruling and the scope of the case, representing governors and attorneys general from more than half of the states, bolster its political significance.

If Judge Vinson is reversed and ObamaCare is affirmed by the Supreme Court, then the House should immediately pass legislation that requires every American citizen to purchase a handgun and an assault rifle. 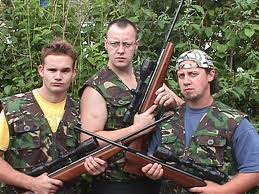 There Was Nothin' I Could Do, Man! 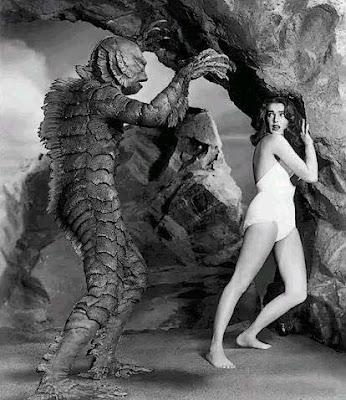 Like we was just swimmin' around, and we go to the beach and this scaly dude just up and disappears Julie. I'm like, Oh! EM! Gee! I mean, what were the chances?
Posted by Rhod at 2:14 PM 12 comments:

Forget the scientific spin. This is a love story.

A spouse dies, then soon, another:
The widowhood effect
The Sacramento Bee

JD Conger told everyone he couldn't live without his wife, Opal.

He took care of her as her dementia deepened and she slowly faded. But even during her last difficult year, they relied on each other: Frail as she was, she translated the world for him, making up for his failing eyes and ears.

When Opal Conger died at age 97 on the morning of Jan. 13, they'd been husband and wife for 81 years, partners in a marriage so enduring that they were the subjects of a Bee story a year ago. While it's left to younger, dreamier generations to describe long-married couples as the loves of each other's lives, the Congers' devotion was clearly an unbreakable bond.

And so JD followed Opal into death just after dawn not 48 hours after she died. He was 101 and he was true to his word.

"He was not going to be here without her," said the Congers' granddaughter, Sue Seaters, 55, a Placer County public health nurse. "He went to bed and didn't get up."

As Seaters sat by his bedside in his final hours, he twice lifted her hand to his face and held it to his cheek. Maybe he knew it was his granddaughter – or maybe he thought it was his Opal.

Researchers have a name for the increased probability of death among grieving mates within weeks or months of their spouses' passing: the "widowhood effect." 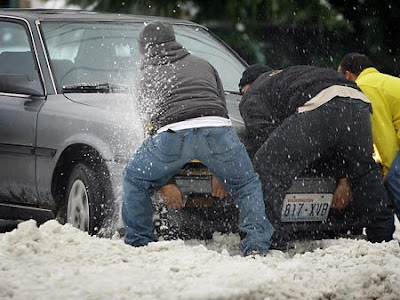 It seems that the end of January marks the beginning of the end for many folks' patience with winter; at least for me it does.

It's time to start thinking of more pleasant weather, courtesy of the Kinks (1966).