The media has thus far all but ignored the horrific narrative that is unfolding in a New Jersey courtroom - a murder trial involving the barbaric dismemberment of viable children who survived late term abortions is unfolding to scant attention. The testimony is more reminiscent of a Nazi torture camp then of an American "health clinic."

The owner/operator of this abortion mill is a physician named Kermit Gosnell:


Kermit Barron Gosnell is an American doctor in Philadelphia who ran two abortion practices. After a controversy nearly a year earlier, Gosnell was arrested in January 2011, charged with eight counts of murder: one patient who died under his care after a botched abortion, and seven infants born alive. A grand jury recommended charges of murder against Gosnell and several of his employees. CNN stated in March 2011 that prosecutors were considering seeking the death penalty.  The trial began on March 18, 2013.

Gosnell's trial is being reported here, here and here.

A Daily Beast writer asked Sarah Kliff, a WashPo reporter, why she has neglected this story:


In fact, a site search for that reporter — who is named Sarah Kliff — and stories Akin and Fluke and Komen — yields more than 80 hits. Guess how many stories she’s done on this abortionist’s mass murder trial.
Did you guess zero? You’d be right.

So I asked her about it. Here’s her response:

I say let's take advantage of this evil man's actions and "Sandy Hook" it.
Demand an end to abortion. Now. 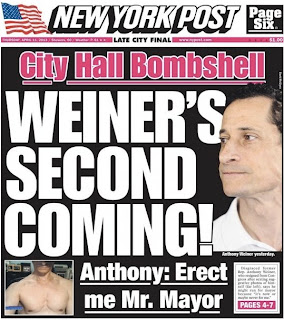 Will someone please, please make this man go away? The NY Post has had their fill of Weiner and is not afraid to recommend campaign interruptus for Weiner's unwelcome intrusion into the mayoral race. Of course the question remains: will he pull out or will he stay in for what will undoubtedly be some rough treatment from his rivals?


Is Anthony Weiner completely delusional? Or is he out of his flipping, sex-crazed gourd?
Whatever big-busted fantasies crawl around the ex-congressman’s delirious noggin, la Weiner made his next goal as clear as the skin of the wholesome college students he craved: He relishes being Mayor Weiner.

Please, shut up this clown. 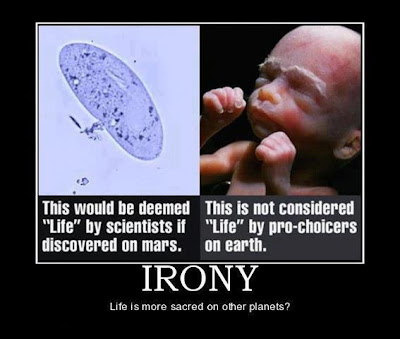 Most Police Do Not Support Gun Control Laws

A survey of 15,000 police officers reports the overwhelming majority of cops do not believe more restrictive gun laws will protect the public.


An authoritative new poll of more than 15,000 cops released on the eve of this week's Senate anti-gun debate shows that a sweeping majority of officers don't believe gun control will work or keep them safer, and nearly nine in 10 believe having more armed citizens would curb gun violence.

According to the lengthy survey of law enforcement professionals, one of the largest ever of street cops, 85 percent believe that President Obama's gun control plan to ban assault weapons, limit the size of ammo magazines and expand background checks won't improve their safety, with just over 10 percent believing it will have a "positive effect."

And now for the coup de grace...


The poll from PoliceOne.com, a site dedicated to police policy and news, also found surprising support for arming citizens. The poll found that 86 percent of officers believe that casualties would be decreased if armed citizens were present at the onset of a shooting. Another 81 percent backed arming teachers, as the National Rifle Association has called for.

I love to watch the clueless assist the helpless.

Watch the soldier on the left try to fix himself up with a disability pension.

No matter how you cut it, our armed services will kill you in the air, sea or land.


We will kill you while you're performing a kata or in the middle of a grand jete.

And The Truth Shall Set You Free


And the corollary to this:
Five reasons to believe Jesus rose from the dead:
(1) Most scholars agree that Jesus’ tomb was discovered empty shortly afterwards. With almost two dozen reasons favoring this report alone, what best explains this? Other hypotheses do not account for all the data.

(2) Many eyewitnesses assert that they saw the risen Jesus, both individually and in groups. Even apart from the Gospels, we can establish this totally from just two passages in Paul’s “undisputed writings”:

Paul told the Corinthians that he had received the Gospel resurrection report from others (1 Corinthians 15:1-8).
The consensus critical view is that Paul probably obtained this material in Jerusalem, when he visited the eyewitness apostles Peter and James, the brother of Jesus (Galatians 1:18-24).
Paul returned to Jerusalem 14 years later and specifically checked out the nature of the Gospel message, again with eyewitnesses Peter, James, and now John (Galatians 2:1-10).
All the apostles agreed that Jesus appeared to them after his death (1 Corinthians 15:11).

(3) Further, critical scholars also agree that Paul received this material from the other apostles at an exceptionally early date-only about five years after the crucifixion. But since the others knew the reports before Paul did, we are right back to the events themselves. Even the best-known critical scholar today, non-Christian specialist Bart Ehrman, dates several Christian traditions as early as just a year or two after the crucifixion!

(4) But why should we believe that these eyewitnesses were being honest? We have first century sources that the three apostles mentioned above were all martyred: Paul, Peter, and James the brother of Jesus. Of course, people die for all sorts of ideas, but only for what they are convinced is true. But unlike others, the apostles were in a position to know whether or not they had seen Jesus Christ alive after his death. By being willing to die, scholars agree that they were convinced that Jesus had indeed appeared to them. At the very least, this addresses their honesty and conviction.

5) Of these eyewitnesses, Paul was a persecutor of the early Christians, and James was an unbeliever. Skeptical scholars accept this in both cases. But why did they become believers? Again, they were certainly in a position to know whether the risen Jesus had appeared to them.