As Do We All

No Jobs For You 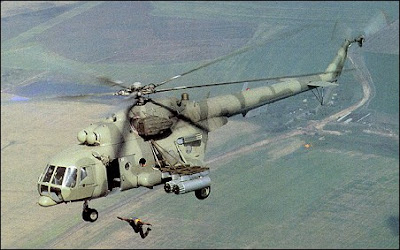 Obama throwing American workers under the chopper...
Obama has signed a no-bid deal to buy 21 light attack helicopters from ....

The Russians.
From Investors.com:

You heard right. The same Russians who devastated Afghan villages in ten years of bloody murder, who decimated the country, placed explosive charges in dolls and dropped them for little Afghan girls to play with ... are getting $375 million in taxpayer dollars from America's Dear Beloved Leader to build helicopters so we can give them to the Afghans that the Russians didn't kill.
And what about American manufacturers of helicopters?  All fifteen of them and their thousands of employees? 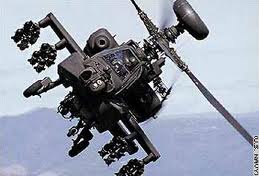 Don't American workers get a bite of the apple? 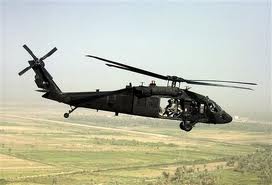 Do our choppers stink? 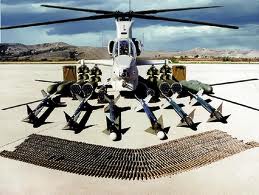 How much more "flexibility" does Dear Beloved Leader have to show the Rooosians? Does bending over and grabbing your ankles indicate flexibility? If so, we are rapidly becoming as flexible as the French.
Posted by sig94 at 5:04 PM 6 comments:

A Moment Of Truth: That SOB In The White House Would Sell Us out For A Pack Of Cigarettes And Some Lip Gloss 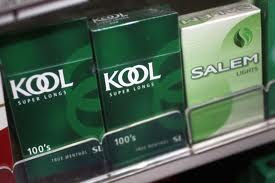 From Mediate via Lucianne:

Early Wednesday morning, the non-profit consumer rights advocacy group and long-time critic of President Barack Obama, Public Citizen, released a leaked trade document detailing the administration’s trade objectives. The document is said to be one of the most controversial of the Trans-Pacific Partnership trade pact, a multilateral free trade agreement aimed to liberalize economies in the Asia-Pacific region.

[...]Much of the document focuses on granting multinational corporations, specifically those from overseas, more political power through clauses that will anger environmental activists and labor unions. As established by the document, international multinational corporations would be able to appeal American laws regulating trade to an international tribunal, which would then rule for or against the request.

This follows on the heels of the Obama Administration refusing to allow the Senate Finance Committee’s Subcommittee on International Trade, Customs and Global Competitiveness to review the proposed treaty. Gee, I wonder why.

The Public Citizen takes this treaty for a test drive and finds that it is a very bumpy ride: 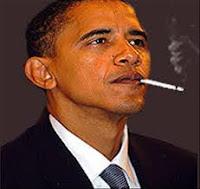 “The outrageous stuff in this leaked text may well be why U.S. trade officials have been so extremely secretive about these past two years of TPP negotiations,” said Lori Wallach, director of Public Citizen’s Global Trade Watch. “Via closed-door negotiations, U.S. officials are rewriting swaths of U.S. law that have nothing to do with trade and in a move that will infuriate left and right alike have agreed to submit the U.S. government to the jurisdiction of foreign tribunals that can order unlimited payments of our tax dollars to foreign corporations that don’t want to comply with the same laws our domestic firms do.”
Although the TPP has been branded a “trade” agreement, the leaked text of the pact’s Investment Chapter shows that the TPP would: 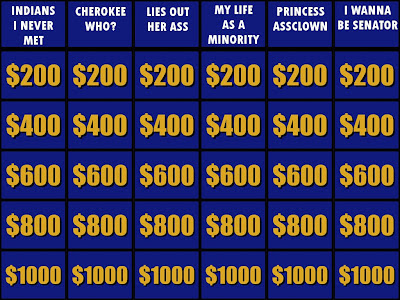 
In 1990, Rutgers Professor Philip Shuchman charged Elizabeth Warren, along with Teresa A. Sullivan (above), the President of University of Virginia who resigned unexpectedly yesterday, and Jay Westbrook, her two co-authors of the 1989 book, As We Forgive Our Debtors: Bankruptcy and Consumer Credit in America, with “scientific misconduct.” Within a few months, Warren’s friends and former colleagues at the University of Texas quickly completed an error-filled investigation.

This secret report was accepted by University of Texas President William Cunningham. For two decades, Warren and her co-authors have claimed in academic circles that this report--never before made public--exonerated them.

Not so fast. Princess Hidem Data and her war party have been hiding behind a lack of interest for over two decades. No longer.


Did the authors arrange matters so that they could not provide access to the computer printouts by case, with corresponding bankruptcy court file numbers, thus preventing any independent check of the raw data in the files from which they took their information?

Of course they did. How else can you expect a poor, oppressed Indian maiden to achieve academic success?

After they received their funding, they chose to apply “human subject safeguards” by removing identifying information (case number, petitioner name, and a subsequent “identifier” they added) from the raw data files used in the study--over 1,500 bankruptcy records, each one containing over 200 fields of information (such as assets, liabilities, homeownership, marital status, etc.) That change in methodology made their research data unverifiable.

And thus the book, "As We Forgive Our Debtors" has now been republished under a new title, "As We Plead The Fifth."
Posted by sig94 at 6:00 AM 4 comments:

Nobody Died At Watergate 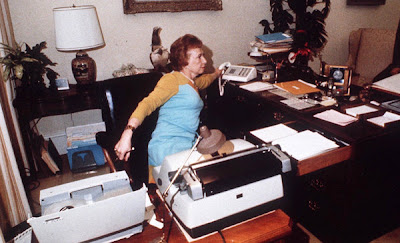 The usual suspects are trying to put distance between the fortieth anniversary of the break in at Watergate with the recent national security leaks out of the White House.


Let's be really careful before we start a witch hunt here," said Bernstein, who was one of the reporters at the Washington Post who spent months investigating Richard Nixon and his administration for the 1972 break-in of the Democratic Party's campaign headquarters at the Watergate Hotel.

"You've got to be very careful about creating a witch hunt for sources, and a witch hunt in which you go after reporters, because now more than ever we need real reporting on this presidency, on national security, on all of these areas," Bernstein said.

I can see why Bernstein likes to revisit this old news as it is where he earned his big boy pants. But I don't see Bernstein digging around election fraud by the democrats, the whitewashing by the US AG of voter intimidation by the New Black Panthers, the killing of two Federal agents with firearms provided by the ATF and the failure to produce subpoenaed documents by - again - the US AG and let's not even mention the spilling of national security secrets by Obama's minions. Just another assclown seeking self aggrandizement.
Posted by sig94 at 4:53 PM 2 comments:

My Soap Or Yours? 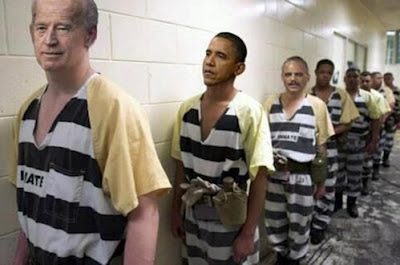 No matter how hard he tries,  Barack Obama simply cannot
beat Joe Biden to the head of the shower line on Date Night.
Posted by sig94 at 6:23 PM 6 comments:

Make Him Eat His Words