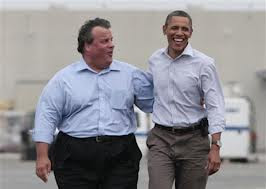 Memo To WH Staff: Get Me A Bigger Arm
Governor Christie and President Obama use the drowning of New Jersey as an opportunity to get real chummy.

Christie said Wednesday with the President by his side, “We spent a significant afternoon together surveying the damage up and down the New Jersey coastline; we were on Marine One together to be able to show the President that personally. I had an opportunity to see it, and we had an opportunity to discuss it at length. And then, going over to the shelter here, being able to meet with folks to have them see the President and his concern, and the concern that all of us have for making sure that things get back to normal as quickly as possible.”

He added, “He has worked incredibly closely with me since before the storm hit.

Well there Gov. Pop Tart, it's a good thing your ass wasn't being shot at or sodomized when you called Obama for help.
Posted by sig94 at 5:09 PM 4 comments: 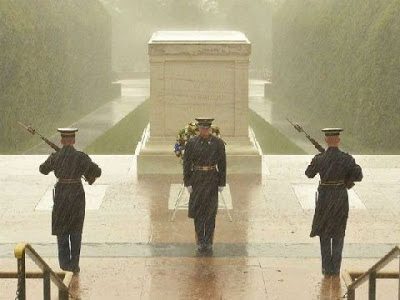 Guarding the Tomb of the Unknown Soldier

The lame stream media has to get slapped around before they will respond to America's need for unbiased, fair news reporting. The Benghazi murders and the subsequent cover up by the Obama administration makes Watergate look like a fraternity prank.

Obama has access to the most sophisticated weapons and surveillance systems on the face of the planet and did nothing to save the lives of four Americans. Less than 20 minutes after the attack started the State Dept. knew what was going on.  A C-130 Spectre gunship and drones were available to drive the attackers off, but this assistance was refused. Just before he was killed,Woods was painting an enemy mortar team with a laser target designator and was heard yelling for help, for someone to hit the mortar with a bomb or rocket. Why was he identifying a target if he was not expecting assistance?


If you are increasingly upset over the Mainstream Media’s refusal to honestly cover the Benghazi Massacre and cover-up in order to insulate Barack Obama and his failed administration from rightful blame, for the deaths of four Americans, I urge you now to let your feelings be known by those who control the networks. This process can begin today with your collective emails and phone calls specifically to COMCAST and NBC News. (Thank you to longtime UlstermanReport reader AmericaTheBeautiful for the idea) This contact information is now provided to you here. MAKE YOUR VOICES HEARD AMERICA. LET THEM HEAR YOUR THUNDER. 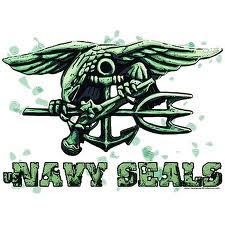 About the two Navy SEAL’s killed in Libya:

Quite an astounding tribute to the courage and bravery of the two former Navy SEAL’s that went to the aid of Ambassador Stevens and Embassy staff. Courageous!

Recently I was teaching a class in my church on the biblical character, Joshua. You remember him – he’s the one who took over for Moses to lead the Israelites into the Promised Land. God made several promises to Joshua in the opening verses of this book of the Bible named after him. Three times God instructs Joshua to “be strong and courageous.” In fact, one of those times God instructed him to be “very courageous.” The road ahead was a tough one and Joshua would need to be up to the task.

The news has been full of the attacks on our embassies throughout the Muslim world, and in particular, the deaths of Ambassador Chris Stevens and three others in Benghazi , Libya . However, apart from the shameful amount of disinformation willingly distributed by the Main Stream Media and the current administration, there’s a little known story of incredible bravery, heroics, and courage that should be the top story of every news agency across the fruited plain.

So what actually happened at the U.S. embassy in Libya ? We are learning more about this every day. Ambassador Stevens and Foreign Service officer Sean Smith, along with administrative staff, were working out of temporary quarters due to the fact that in the spring of 2011 during the so-called Arab Spring, the United States cut ties with then president Moammar Gadhafi. Our embassy was looted and ransacked, causing it to be unusable. It is still in a state of disrepair. Security for embassies and their personnel is to be provided by the host nation. Since Libya has gone through a civil war of sorts in the past 18 months, the current government is very unstable, and therefore, unreliable

A well-organized attack by radical Muslims was planned specifically targeting the temporary U.S. embassy building. The Libyan security force that was in place to protect our people deserted their post, or joined the attacking force. Either way, our people were in a real fix. And it should be noted that Ambassador Stevens had mentioned on more than one occasion to Secretary of State, “Hillary Clinton”, that he was quite concerned for his personal safety and the welfare of his people. It is thought that Ambassador Stevens was on a “hit list.”

A short distance from the American compound, two Americans were sleeping. They were in Libya as independent contractors working an assignment totally unrelated to our embassy. They also happened to be former Navy SEALs. When they heard the noise coming from the attack on our embassy, as you would expect from highly trained warriors, they ran to the fight. Apparently, they had no weapons, but seeing the Libyan guards dropping their guns in their haste in fleeing the scene, Tyrone Woods and Glen Doherty snatched up several of these discarded weapons and prepared to defend the American compound.

Not knowing exactly what was taking place, the two SEALs set up a defensive perimeter. Unfortunately Ambassador Stevens was already gravely injured, and Foreign Service officer, Sean Smith, was dead. However, due to their quick action and suppressive fire, twenty administrative personnel in the embassy were able to escape to safety. Eventually, these two courageous men were overwhelmed by the sheer numbers brought against them, an enemy force numbering between 100 to 200 attackers which came in two waves. But the stunning part of the story is that Tyrone Woods and Glen Doherty killed 60 of the attacking force. Once the compound was overrun, the attackers were incensed to discover that just two men had inflicted so much death and destruction.

As it became apparent to these selfless heroes, they were definitely going to lose their lives unless some reinforcements showed up in a hurry. As we know now, that was not to be. I’m fairly certain they knew they were going to die in this gun fight, but not before they took a whole lot of bad guys with them!

Consider these tenets of the Navy SEAL Code: 1) Loyalty to Country, Team and Teammate, 2) Serve with Honor and Integrity On and Off the Battlefield, 3) Ready to Lead, Ready to Follow, Never Quit, 4) Take responsibility for your actions and the actions of your teammates, 5) Excel as Warriors through Discipline and Innovation, 6) Train for War, Fight to Win, Defeat our Nation’s Enemies, and 7) Earn your Trident every day ( http://www.navyseals.com/seal-code-warrior-creed).

Thank you, Tyrone and Glen. To the very last breath, you both lived up to the SEAL Code. You served all of us well. You were courageous in the face of certain death.

And Tyrone, even though you never got to hold your newborn son, he will grow up knowing the character and quality of his father, a man among men who sacrificed himself defending others. God bless America !