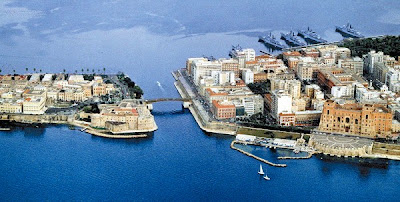 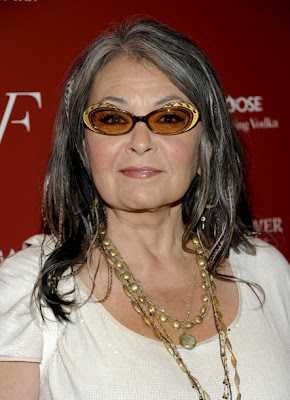 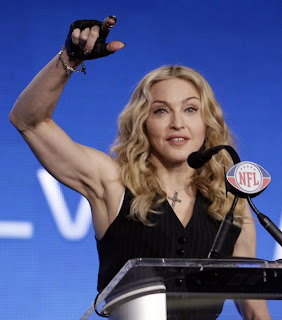 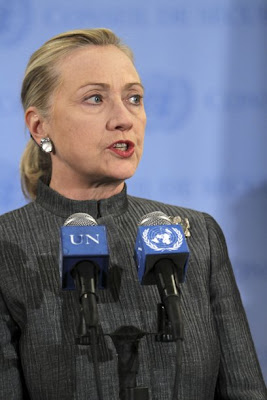 "I'll take my clothes off." 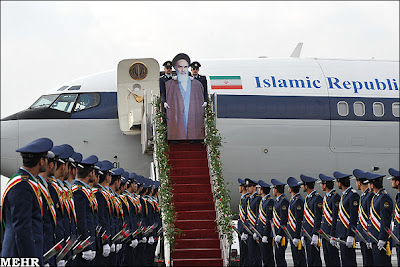 Just when you think that Irani ayotollahs and imams have no sense of humor. 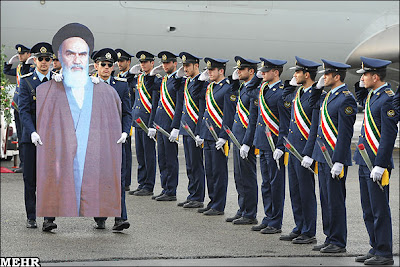 And just when you think that Irani ayotollahs and imams can't get any more bizarre. 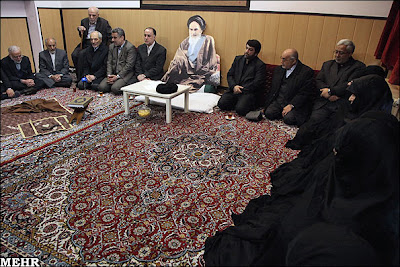 The Iranis  commemorated the 33rd anniversary of Ayatollah Khomeini’s return from exile by staging a mock celebration at the Tehran airport. A cardboard facsimile was used because they were afraid to dig him up. They even gave him a parade.

It is rumored that he slept with a number of Persian beauties before they stuck him back in the drawer. The gals claimed that he seemed "remote and wooden." 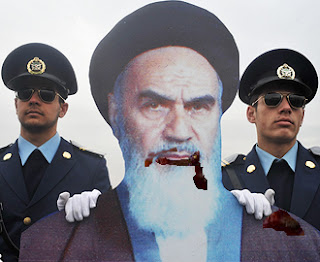 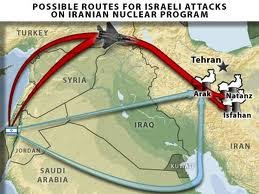 Obviously This Is Bush's Fault 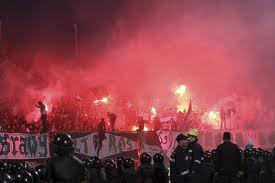 Riots after a football match in Egypt's Port Said have left 73 people dead and at least 1000 injured, in what a deputy minister called the biggest disaster in the nation's football history.

Violence at football matches across north Africa has increased significantly since political unrest began sweeping the region more than a year ago, and one player described Wednesday's riot as "a war, not football".

Angry politicians and sports officials decried a lack of security at the match between Port Said team Al-Masry and Al-Ahly, one of Egypt's most successful clubs, and blamed the nation's leaders for allowing - or even causing - the tragedy.

Wednesday's trouble flared at the end of a match when Al-Masry beat Al-Ahly 3-1.

All hell broke lose when Al-Ahly fans displayed banners insulting Port Said. Most of the injuries and deaths occurred when fans fell from the stands or were trampled.

Reports are chaotic but there may now be as many as one hundred dead with perhaps over a thousand injured. The rioting spread out from the stadium and into Port Said; sections of the stadium were in flames.

The Prophet's soccer fans reacting to perceived insult in their typical fashion, nothing to see here folks...


"We have heard they are preventing ambulances [from entering]", a Sky News reporter in Cairo said, noting Egyptian football fans were "known for their fanaticism".

"[But] why this has happened no one can explain or understand."

'This is not football. This is a war' 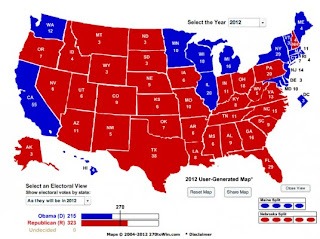 Gallup released their annual state-by-state presidential approval numbers yesterday, and the results should have 1600 Pennsylvania Avenue very worried. If President Obama carries only those states where he had a net positive approval rating in 2011 (e.g. Michigan where he is up 48 percent to 44 percent), Obama would lose the 2012 election to the Republican nominee 323 electoral votes to 215.

America's On The Dole 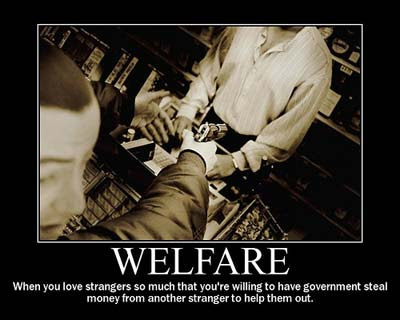 
Once you become addicted to getting a government check in the mail, it can be very difficult to give that up. There are some that get trapped in a life of government dependence for years or even decades.

The following are 16 statistics which show that the number of Americans dependent on the government is at an all-time high….

#2 The amount of money that the federal government gives directly to Americans has increased by 32 percent since Barack Obama entered the White House.

#4 Back in 1990, the federal government accounted for 32 percent of all health care spending in America. Today, that figure is up to 45 percent and it is projected to surpass 50 percent very shortly.

#5 The number of Americans on food stamps recently hit a new all-time high. It has increased by 3 million since this time last year and by more than 14 million since Barack Obama first entered the White House.

The rest of these indicators are here. 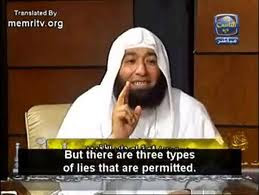 Satan is the Father of Lies.
A "moderate" Muslim woman who was described by her neighbors as a "nice and caring" person has been arrested for her participation in a plot to behead three witnesses who put another terrorist in jail for 45 years.


Raleigh, N.C. — Dozens of people from the Triangle's Islamic community plan a show of support in Wilmington on Friday when two people have a federal court hearing on charges that they tried to hire someone to kill witnesses in a terrorism trial.

Federal authorities arrested Shkumbin Sherifi and Nevine Aly Elshiekh over the weekend and charged them with conspiracy to commit murder.

Sherifi's brother, Hysen Sherifi, was sentenced two weeks ago to 45 years in prison on terrorism charges. He was among seven area men arrested in 2009 after authorities said they plotted attacks on targets overseas, stockpiled weapons and conducted paramilitary training.

Hysen Sherifi met with his brother and Elshiekh several times in recent weeks at the New Hanover County jail, where he is incarcerated, and arranged to have three witnesses who testified during his trial last fall killed, according to a federal court document.

He demanded that the witnesses be beheaded and that pictures be taken of their corpses to prove they had been killed, the court document states. He also wanted a fellow inmate who he thought had tricked him out of some money to be killed.

Authorities said Shkumbin Sherifi and Elshiekh gave someone $5,000 to kill one person.

Things get even more interesting. At IOTW, an anonymous source contacted the blog owner and gave some more back ground on this allegedly moderate Muslim women who thinks nothing of lopping off the heads of people who help put terrorists behind bars.


Here’s the interesting part… I KNOW THIS WOMAN! She used to work at the charter school that my wife and her libtard friends started for “special needs” kids.

She was married to an Egyptian man who couldn’t get into the US. The whole time I knew her she was involved in this campaign to get him a visa and get him into the US! I don’t know whatever happened with that. But I knew at the time something was off. I kept telling my wife and friends that something was not right about that story, that there had to be a reason he could not get in the US. He wasn’t even allowed a visit, that I know of. But this woman, Nadine, I always called her, was as “moderate” as any other Liberal in America. She wore regular clothes. She went out with the girls. She taught handicap kids, psychologically screwed up kids with gay parents, and troubled ghetto kids who had been kicked out of every other Durham Public School and were expeditiously labeled “disabled”.

Anyway, if there was ever an example of a “moderate” Muslim or “American” Muslim, that would exemplify how “normal” and peaceful they can be, she was it.

I gather that to a Muslim being  "moderate" is just another way of  practicing taqiyya, the Islamic tradition of lies and deceit. From Islam Watch:


The word "Taqiyya" literally means: "Concealing, precaution, guarding.” It is employed in disguising one's beliefs, intentions, convictions, ideas, feelings, opinions or strategies. In practical terms it is manifested as dissimulation, lying, deceiving, vexing and confounding with the intention of deflecting attention, foiling or pre-emptive blocking. It is currently employed in fending off and neutralising any criticism of Islam or Muslims.

Or beheading the occasional hapless witness.

Tell me again, just why do we let these people into the country?

Newt's week of disappointments in the Sunshine State