When we denigrate a nation, we usually are manifesting our displeasure with their leaders, not with the people. The French have been vilified for a long time in this respect.

The above video shows  the love and devotion of Mrs. Billie Harris, a WWII  fighter pilot's widow, who waited over sixty years for the US government to inform her of her husband's death. Even as recently as 2005, government officials still obfuscated her search for her husband until a family member did the work that the government wouldn't.

It also demonstrates how wrong we can be about the French people. Watch as the French village of  Les Nentes honors the sacrifice of US Army Air Corp Lt. 1/C Billie D. Harris.

In an attempt to avoid injuring innocent civilians,  Lt. Harris purposely crashed his disabled plane just outside this small village in 1944.


Thanks Charlie. This one misted me up. 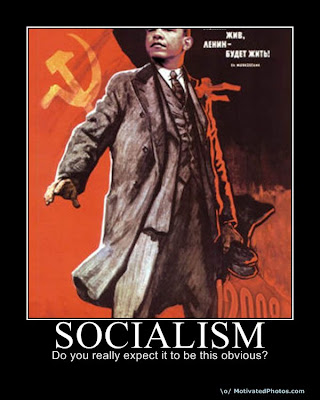 The weaknesses of Obama's candidacy and character are finally becoming known to the electorate as conservative bloggers continue to do the work that should have been done by the media and the Republican Party four years ago. Like hemorrhoid surgery, it isn't pretty and it is usually delayed, but eventually it must be done.

Or perhaps it is more akin to cancer surgery - the American body politic is in serious danger unless a foreign invader is removed before it can do fatal damage. It has already crippled us.

The American Thinker's Robert Lopez is one such surgical blogger who wields a very sharp scalpel.


When Obama says "you didn't build that," he is employing the rhetorical strategies of two subcultures that he remains closely involved with:

(1) the urban Democratic political machines that often shake down both businesses and minorities using City Hall's power over permits, union jobs, fines, and bonds; and

(2) the higher education system that has monopolized credentialing and apprenticeships, forcing racial minorities into submissive gratitude by inserting affirmative action into their careers at early stages.

I have witnessed and experienced the effects of both of these subcultures as 1) a student at a private, liberal university and 2) as a cop. Trying to effect change within these types of organizations is impossible without replacing the entire structure from the bottom up.

As Mr. Lopez posits, Obama is a product of the worst of both subcultures. Mix this with a communist/socialist upbringing and you have what is no more than a genetically altered socialist virus that has been deliberately positioned within our government for no other reason than to wreck havoc in America.

If Obama had been vetted properly, this virus would have presented itself long before now. But alas the infection has progressed to the point where Obama can say whatever he wants without fear of a Truth vaccination.


When he tells the audience not to take credit for their successes, he is perhaps rationalizing his own trajectory from a pampered private school in Hawaii to the presidency. His trajectory after Hawaii led him straight through the familiar Democratic "gratitude" rackets of Ivy League affirmative action and big-city machine politics, rackets that felt suffocating to me growing up and which led me to become a staunch Giuliani Republican. The fact that Obama landed a plum lecturer position at the University of Chicago without having to pay his dues on the tenure track -- which would have required the demanding rigors of a dissertation defense, peer-reviewed publication, years of formal student evaluations, committee work, and at the least a peer-critiqued monograph on a topic other than his life experiences -- indicates to me that he continued to get shortcuts in exchange for political payouts to white liberals, which could only make him feel more imprisoned by the racial gratitude racket.


Obama's lack of qualifications and his true agenda are becoming more and more apparent.

It's only mid-summer and it's really getting crazy out there. Snot-flinging, chin-drooling, booku crazy. It must be that Anthropomorphic Global Lunacy (AGL) is increasing much faster than we originally anticipated. At this rate, the world will degenerate into a Singularity of Stupid by the end of the century. The harbingers are there for all to see. Observe:


France Demands England's Crown Jewels to Recompense A 500 Year Old Alleged Crime.
We can't allow this craziness to happen. Can you imagine Mary Jo Kopechne's great-great-great-great grand nephews and nieces demanding that the Kennedy's turn over their compound to them?

Facing A Nearly $20 Billion Budget Shortfall, California Goes Deeper Into Debt.
Now that's clearly a case of lunacy. Where else but California would you expect insanity to reign like this? Can you imagine, being in hock for all that money and then borrowing even more? Oh, Washington, DC ... never mind.
Posted by sig94 at 8:28 AM 9 comments:

Warren G. Harding was corrupt, as was Richard M. Nixon. Bill Clinton and John F. Kennedy were like blind golfers, looking for a hole, any hole, every hole. Woodrow Wilson and Franklin Roosevelt were power-mad narcissists convinced they knew best how everyone else should live. Jimmy Carter was clueless. But as we approach the 100-year anniversary of the first of these men to serve as president, all have been lapped in debasing their office by its current occupant: Barack Obama.

It is understandable President Obama would not want to run on his record. Who would? “Give me four more years so I can make up for the first four” is not the stuff of campaign slogan greatness.

But it's basically what he's running now. And with enough election fraud in the right cities, he could pull it off. With a corrupt Attorney General and the liberal media backing him up he has a shot at it.


The administration of Barack Obama embodies the worst characteristics of the worst Presidents in our history – the abuse of power, the incompetence, the laziness, the bigotry, the disinterest, the dishonesty, the arrogance. The reason he’s still personally popular is the same reason we know the names Paris Hilton, Nicole Richie, Perez Hilton or that TMZ exists – A large portion of our culture now celebrates what it used to shun, cheers that which used to drive people into hiding and rewards existence over accomplishment.