Prisoners Do Self Harm While In Police Custody

90 Miles From Tyranny has a post regarding Freddie Gray - the man who died while in custody of the Baltimore PD, the alleged cause of the recent riots.

As the internal investigation continues into the death of Baltimore resident Freddie Gray, a document has leaked that claims a fellow prisoner in the van with Gray told police that the deceased man was “trying to injure himself.”

According to The Washington Post a prisoner who was also being transported in the police van on April 12 said he could hear Gray “banging against the walls” and said that he felt that Gray “was intentionally trying to injure himself.”

Until now there has been no speculation on how Gray could have entered the police van in perfectly functional condition only to be found unresponsive by the time the transport van arrived at the police station a half-hour later.

The Important Question is this - why would a man injure himself on purpose while in police custody?

I am not going to absolve the BPD of any wrong doing - I do not have first hand knowledge of the circumstances surrounding Gray's arrest and subsequent demise. But there is this- I've arrested a lot of people, many of them were screwed up in some way: drunk, high on drugs, filled with rage or just plain crazy who wind up in jail. Plus there are a lot of connivers who think they are smarter than the cops who want to build a scam lawsuit to use as leverage to reduce charges or to convince a hungry attorney to sue. While working uniform patrol I was sued twice by people like this, once in state court and once in federal court.

Allow me to relate one instance or deliberate self injure. Some drunk 19-year old kid was driving like a madman in my beat during an Upstate NY snowstorm. We got him cornered in a fenced in lot and he tried to run me over. He had left the passenger side door open and as he went by I opened it and climbed in. After a brief struggle he was subdued but I had to take him to the hospital for medical care - in his case some stitches.

When I finally get him to booking, he is videotaped and then placed in a holding cell and start the arrest paperwork. I hear a BAM BAM BAM - the kid is slamming his face against the big thick Plexiglas window of the cell. This kind of behavior is not uncommon and the sheriff deputies assigned to booking handle it in the standard manner. They put a football helmet on him.

Okay, there's blood on the Plexiglas and the kid's head is now covered in protective gear. I go back to my paperwork.

Aside - there's a whole mess of paperwork to do because the kid's parents drove to the hospital ER and started a riot. His father was a Russian Orthodox priest and his mother was nuts - tried to take me out with an IV pole in the ER. Locked them all up too - they were in the holding cell next to junior. It was bedlam - everyone screaming at each other and me in Russian.

Now behind me, the kid is finally quiet but he is sitting on the floor of the holding cell using the bench seat to pry the chin strap off. I finally look up and see this and start to call out to the deputies. The holding cell door is locked and I can't get in to stop him. The deputies are busy with another prisoner.

The kid gets the strap off, stares at me with this insane, triumphant look and promptly starts to slam his face repeatedly into the window again. I start yelling. The deputies drop everything and rush over with duct tape. The kid's face is a mess, he's bleeding afresh, covered in duct tape and screaming in Russian. Just another day....

People self harm while in custody. Did Gray also injure himself? I certainly would not hesitate to believe the other prisoner who stated this. We've had prisoners dent steel doors with their heads by running into them on purpose.
Posted by sig94 at 9:24 AM 10 comments:

The Sheriff of Wicomico County, MD, made the two hour drive to Baltimore with his deputies and an armored vehicle (MRAP) to assist the Baltimore cops during the riots. What he found out when he got there is disturbing.


“I hadn’t planned to go to Baltimore at all. I watched the events unfold Saturday night like we all did, and was very concerned about what I saw, and the the lack of response Saturday night,” he said. “I immediately rallied up the troops. We made sure our MRAP was prepared and ready. … We were assigned to assigned to protect Baltimore City Police headquarters, all of E. Fayette Street up to City Hall, to include City Hall. There wasn’t a whole lot of activity taking place at all. We could smell that putrid smell of burning tires and a city on fire when as we came into the city.

[...]“I was sick to my stomach like everybody else. … This was urban warfare, no question about it. They were coming in absolutely beaten down. The [city officers] got out of their vehicles, thanked us profusely for being there, apologized to us for having to be there. They said we could have handled this, we were very capable of handling this, but we were told to stand down, repeatedly told to stand down,” he said. “I had never heard that order come from anyone — we went right out to our posts as soon as we got there, so I never heard the mayor say that. But repeatedly these guys, and there were many high-ranking officials from the Baltimore City Police Department … and these guys told me they were essentially neutered from the start. They were spayed from the start. They were told to stand down, you will not take any action, let them destroy property.

These decisions were made in the Mayor's Office. She is back pedaling now but the responsibility for the massive amount of property destruction is hers.
Posted by sig94 at 7:28 PM 3 comments: 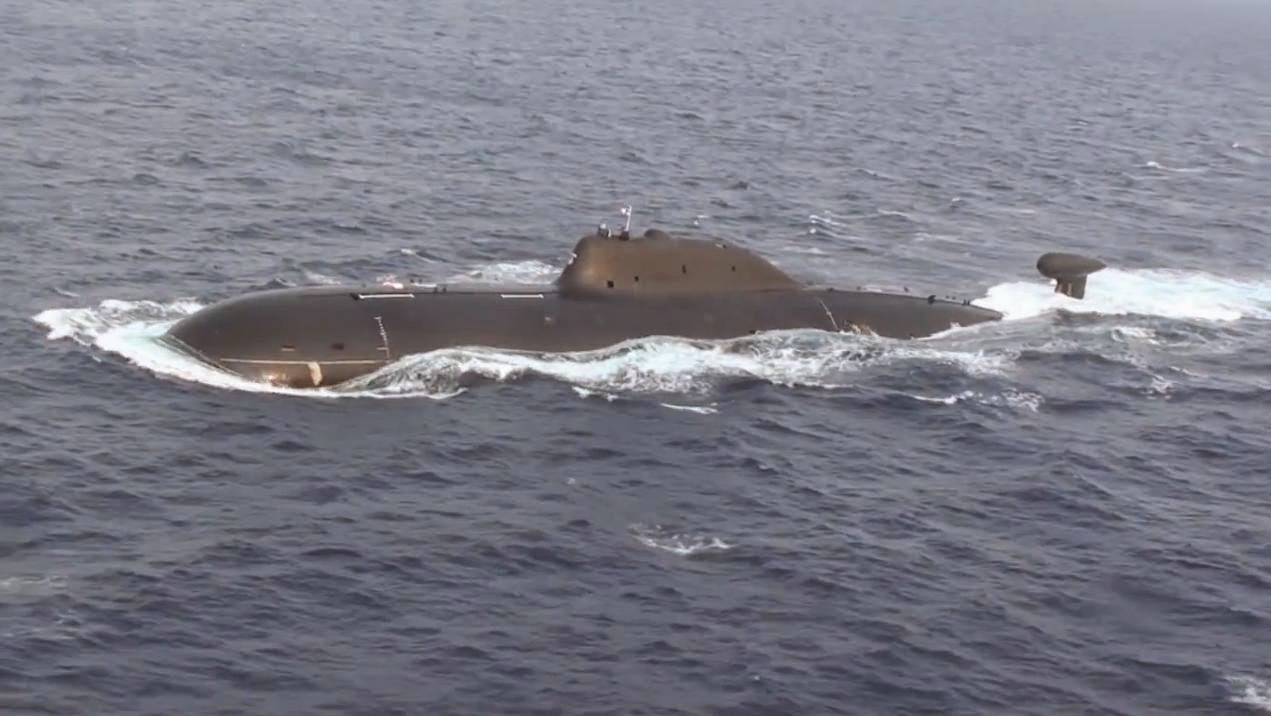 Finland has fired warning shots at a suspected foreign submarine off the coast of Helsinki in the early hours of Tuesday morning, amid growing military tensions with neighbouring Russia.

Carl Haglund, Finland's defence minister, did not say whether Russia was involved, but the incident was reminiscent of a Swedish hunt for a foreign submarine in its waters last October that many thought to be Russian.

Mr Haglund told Finnish media that the target has likely left the area, adding that Finland has rarely used such warning charges.

"We strongly suspect that there has been underwater activity that does not belong there. Of course it is always serious if our territorial waters have been violated," Mr Haglund told Finnish news agency STT.
"The bombs are not intended to damage the target, the purpose is to let the target know that it has been noticed," Commodore Olavi Jantunen told Helsingin Sanomat newspaper.

The navy said it noticed an underwater target on Monday and again on Tuesday morning and dropped depth charges the size of grenades. 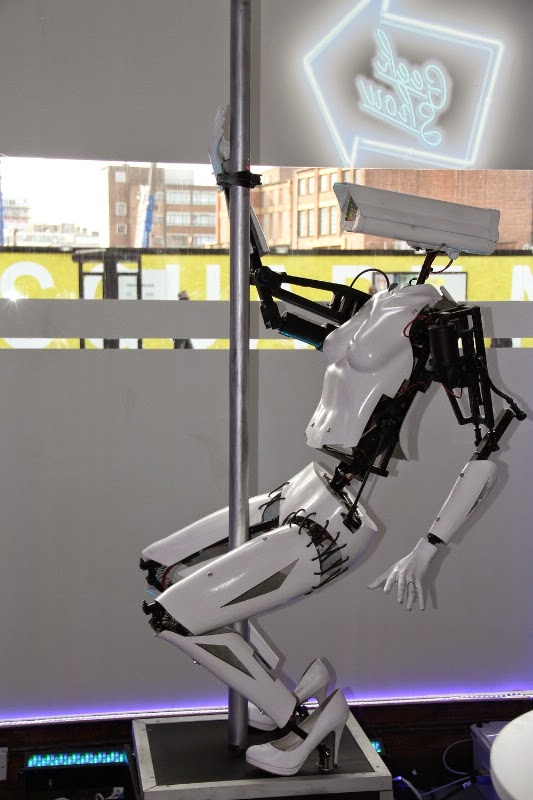 I dunno about this.

On the P1000 models, if you slide a $20 bill into the tassels of its dorsal vertical actuator while the piston is retracting you could lose a finger.
Posted by sig94 at 8:11 PM 3 comments:

South Carolina Moves Towards Conceal Carry W/O A Permit

There are only a handful of states that allow the concealed carry of a handgun without requiring a permit. Many states have a "shall issue" stipulation but you still must apply for a permit.

The bill–H. 3025–seeks to reform South Carolina reciprocity rules so that any concealed carry permit from any other state would be recognized as valid in The Palmetto State.

According to NRA-ILA, state Representative Mike Pitts (R-14) put forward an amendment to “establish a Permitless Carry standard for South Carolina, so that South Carolinians who are not prohibited from possessing a firearm would be able to carry one concealed without first obtaining a permit.”

Every asshole on the planet is conspiring to piss me off.

Everything I read makes my blood boil.

I'm posting something that makes me proud, makes me rejoice. My daughters. 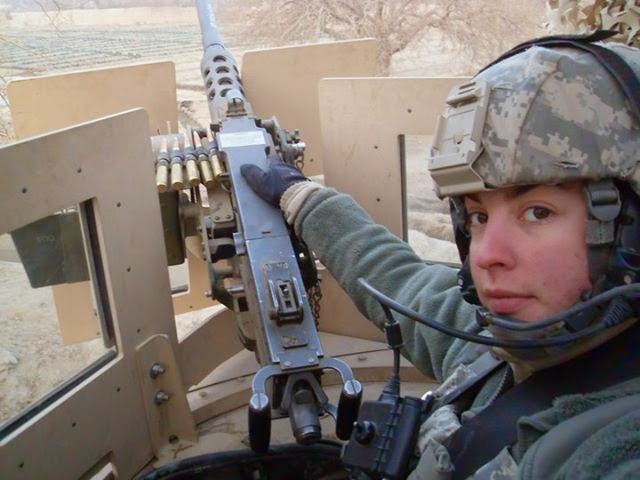 My girl in Afghanistan 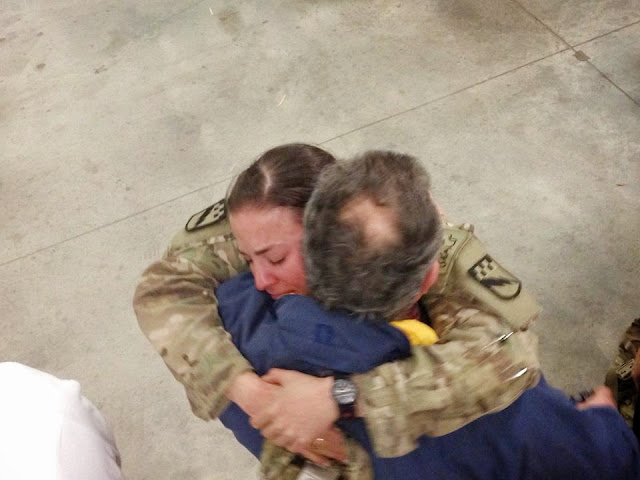 My girl back in my arms at Ft. Bragg after her last deployment. 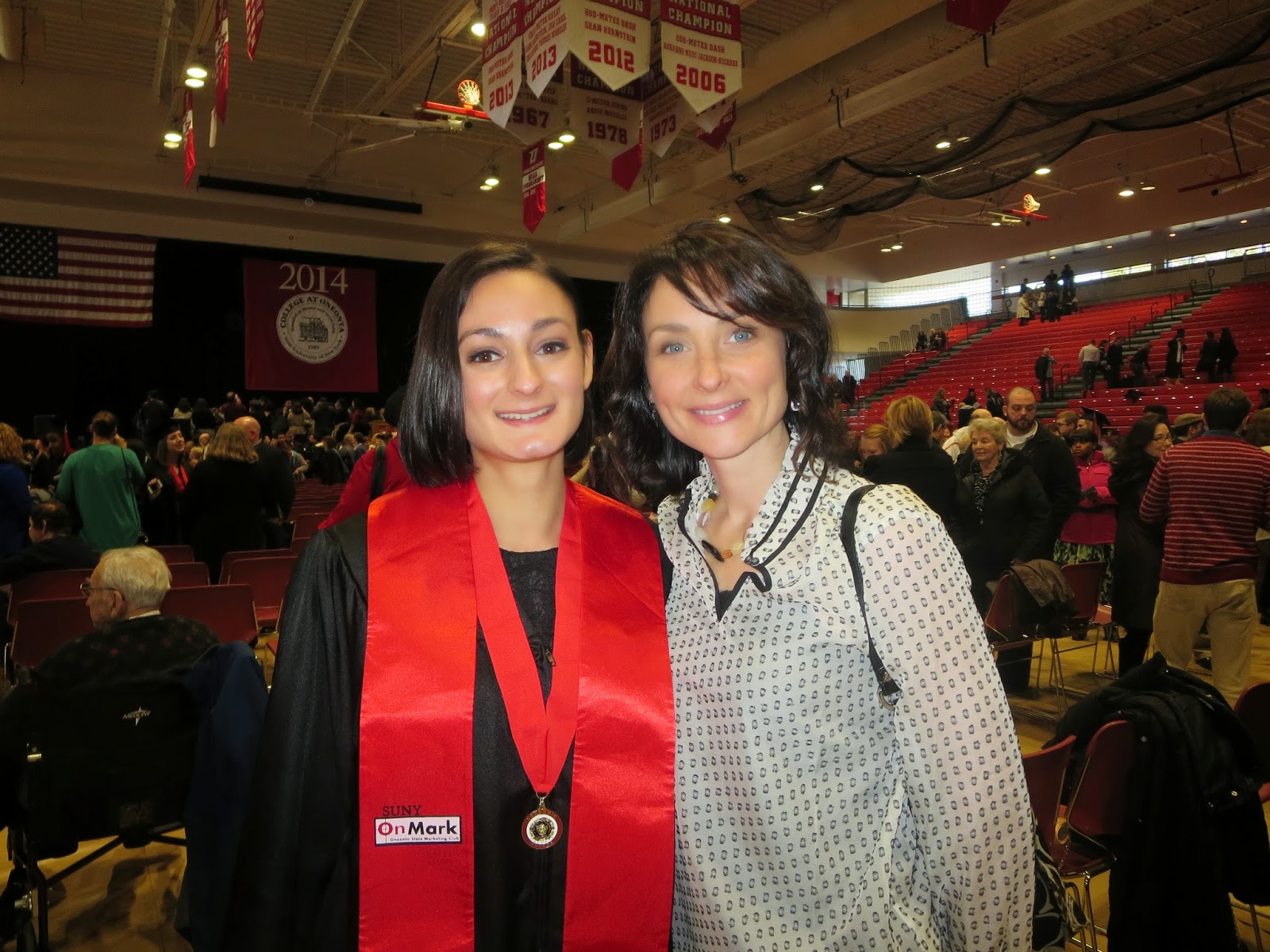 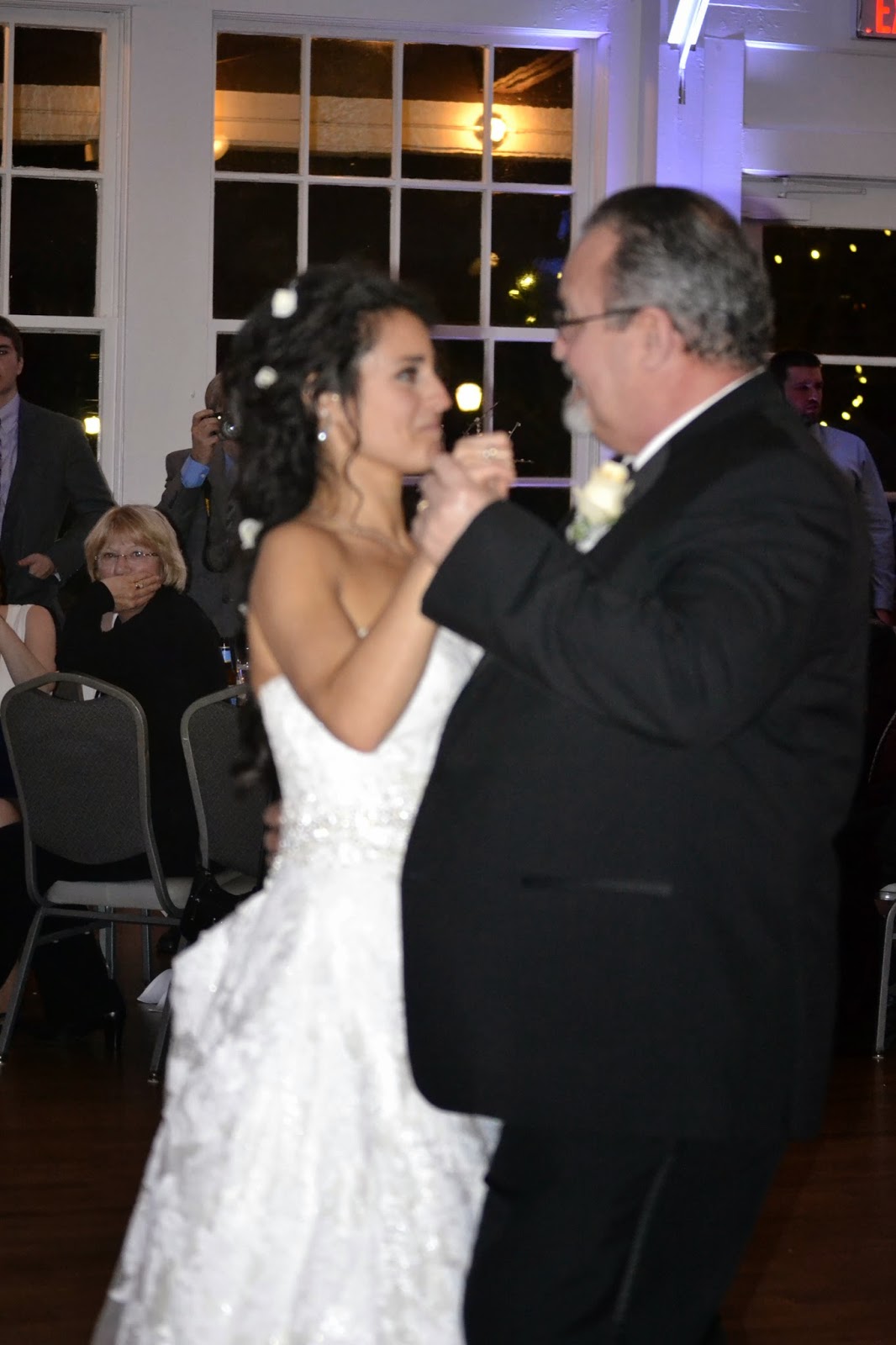 Dancing at my daughter's wedding in 2013 - this was truly the best wedding ever.

I really have so much to be grateful for.

Just got to take a minute and remember. 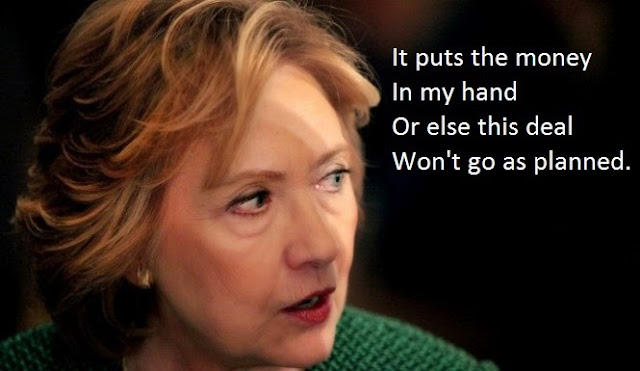 Hillary's antics as SecState have got some democratic fundraisers a little worried.
Instead of the White house they think she may be headed to the Big House?


A top Democratic moneyman recruited by Hillary Rodham Clinton’s presidential campaign has put fundraising activities on hold, saying he can’t do it with a clear conscience because the former secretary of state has too many unanswered questions swirling around her.

New York businessman Jon Cooper, who Team Clinton enlisted for its elite corps of early fundraisers known as “HillStarters,” said that he decided not to tap his donor network for Mrs. Clinton because she hasn’t provided enough answers about foreign donations to the Clinton Foundation while she ran the State Department, her exclusive use of private email for official business as America’s top diplomat and her commitment to liberal priorities.

“I’m officially on the fence,” said Mr. Cooper, a bundler for President Obama’s campaigns who is active in Democratic politics in New York, which Mrs. Clinton represented in the U.S. Senate and where she has set up her campaign headquarters. 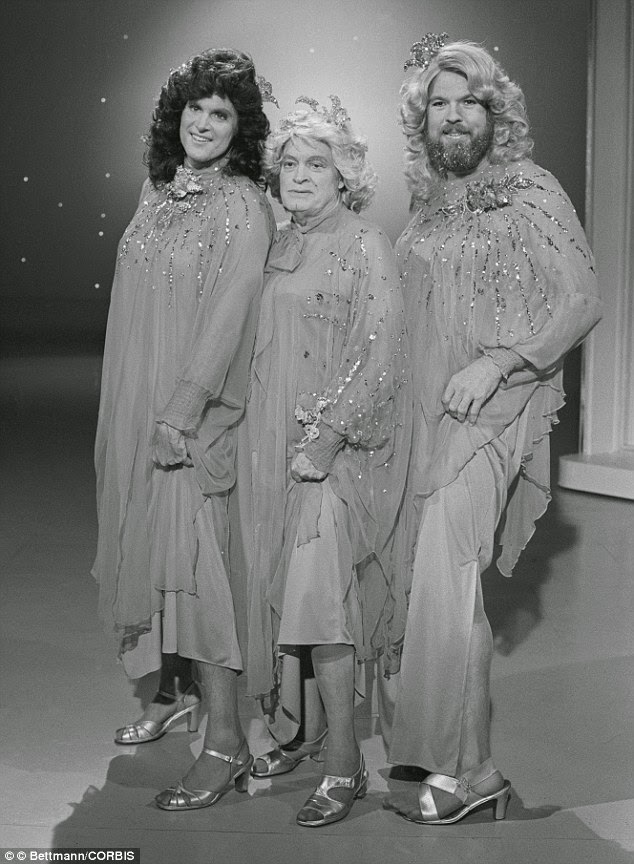 Dressing up: Bruce, left, along with Bob Hope, center, and Merlin Olson brought the house down when they performed in drag at a taping of a Bob Hope TV comedy special in September 1981 in Hollywood

Some never can find their way back.