"Go Ugly Early" was  the motto of the Air Force's anti-tank masterpiece, the A-10 Warthog. It was also the motto of the late newspaper Warthag Helen Thomas. She died today at the age of ... it doesn't matter. Like Medusa, she is now a legend ... but without the attractive qualities afforded by snakes.

"Pretty" or "comely" - even "so -so" - were phrases that were never directed at Helen. Helen's college yearbook inscription proved to be prophetic: "Never ascribe to misfortune what can be more readily attributed to bad breath and saggy tits."

What follows is a brief photo essay of Helen's life. 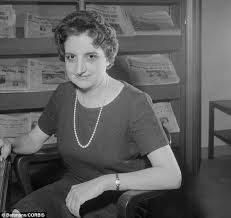 1941
This was as good as it ever got for Helen. She was not a virgin by choice, but by popular demand. The amount of alcohol needed to be consumed by a male before attempting a sexual union with Helen always proved to be fatal. She was even spurned by yeast infections. 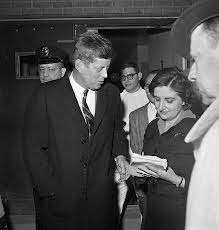 1962
President John F. Kennedy, who once tried to screw the crack of dawn, here refuses to accept Helen's telephone number by pretending that his right hand is paralyzed. Helen then attempted to give her number to the police officer standing behind JFK. The officer immediately arrested her for Criminal Menstruation. 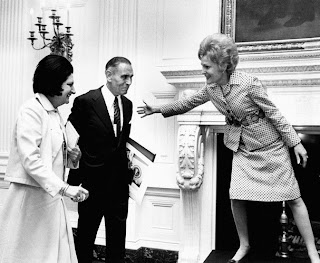 1975
First Lady Betty Ford introduces Helen to the notorious Romanian serial rapist, Zoran Tapavica. Thinking the only way for Helen to get a man was to enlist the services of a sex fiend, Betty's matchmaking ended disastrously when Zoran chose instead to beat himself to death with a sash weight from the Lincoln Bedroom. 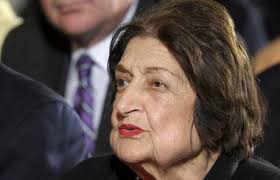 1998
Upon her return from a three week stint in Haiti covering a voodoo convention, Helen practices the ancient voodoo "Stink Eye" Copulation Charm on Vice President Al Gore. Thinking Helen was possibly suffering from a stroke, White House staff tied her down and forcibly administered an enema. 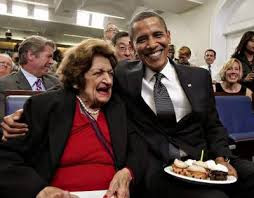 2007
Helen gleefully celebrates the loss of her virginity at the hands of President Obama who used a pickle fork and one of Michelle's frozen Ding Dongs. The Ding Dong is on life support surrounded by anxious nurse cup cakes on the paper plate... it is  barely breathing.
Posted by sig94 at 9:30 PM 15 comments: 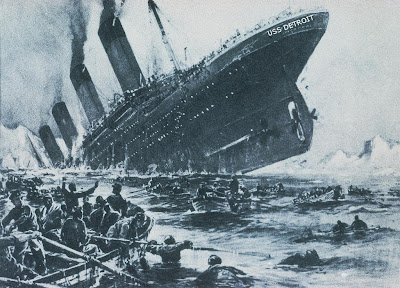 A tragedy 50 years in the making and the Democrats are still rearranging the deck chairs.
Posted by sig94 at 6:49 PM 4 comments: 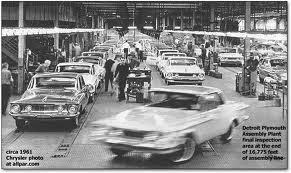 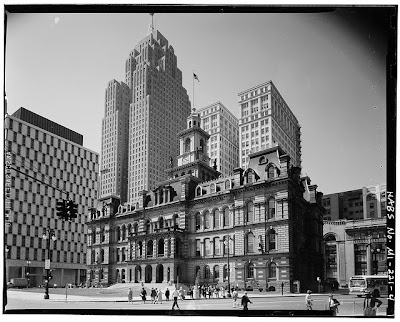 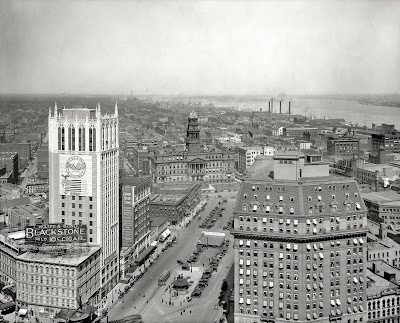 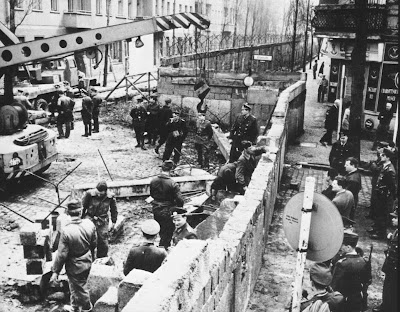 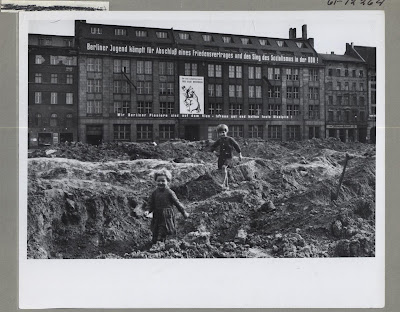 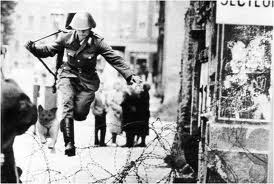 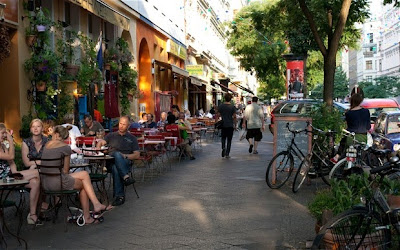 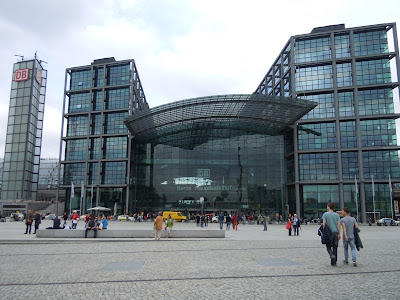 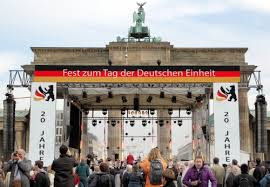 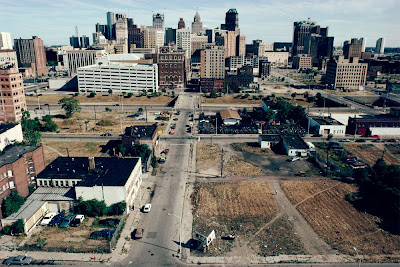 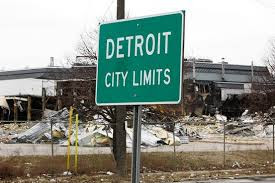 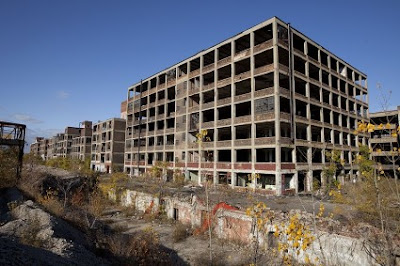 We Are Fearfully And Wonderously Made


The BBC produced an amazing documentary on how our body's immune system defends us from invading viruses. Of course the scientists credit evolution for this incredible marvel of biological and chemical precision and more than once the narrative mentions how the "design" of our immune system is a thing to behold.

The micro-biological animation is first rate and gives a wonderful prospective on the chemical responses that our bodies use to protect us.

At the 6:24 mark, one of the scientists states that there is six feet of DNA wrapped within the nucleus of every living cell in our body. If all the bits of our DNA were unraveled, it would stretch from the Earth to the Moon (400,000 kilometers) thousands of times. All this genetic material is contained within a nucleus cell membrane only 6 micrometers in diameter (there are 25,400 micrometer to an inch).

The 23,000 genes which comprise our DNA contains the mysterious code that drives the 120 trillion cells in our bodies with over 20,000 distinct instructions.

And all this genetic information was compiled and written in a fantastically concise, chemically active, micro-moduled (half of our DNA is shared with bananas) database that is constantly scrubbed, decoded and duplicated by millions of microscopic protein factories ... and it all happened by chance. And it happens inside a tiny 6 micrometer sphere.


Psalm 139:14
I praise you because I am fearfully and wonderfully made;
your works are wonderful,
I know that full well.

The video is over an hour long but it is truly fascinating and well worth the time. It will also give you much information to present to those who still cannot grasp the extent of God's work that sustains our every breath.

How Hot Are You? 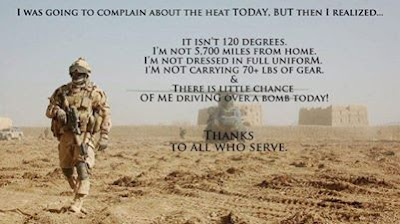 I think of my 115 lb. daughter carrying half her weight in gear on a patrol; guess I can survive another day of summer heat.
Posted by sig94 at 7:04 AM 2 comments:

Detroit finally nails it. After decades of exhaustive effort the City has now won the gold. Where imagination and creativity failed, incompetence and outright theft have triumphed. The dams have burst and the fan is about to be engulfed in a tsunami of fecal material.

Congratulations Detroit, you deserve all the credit.

And of course the union thieves want the US taxpayer to pony up.


The City of Detroit filed this afternoon for Chapter 9 bankruptcy protection in federal court, laying the groundwork for a historic effort to bail out a major U.S. city that is sinking under billions of dollars in debt and decades of mismanagement, population flight and loss of tax revenue.

The NRO has a good article on why Detroit is in bankruptcy.


Detroit has suffered the usual problems associated with large, Democrat-dominated cities. Its spending has long been out of control, and former mayor Kwame Kilpatrick and one of his cronies are prison-bound on 31 counts of extortion, bribery, and racketeering.

But these things, as bad as they are, are not the sole reason that Detroit is a failed city. The city has for years proved unable or unwilling to provide the basic services people expect from municipal authorities: While political cronies got fat, the people of Detroit were left with some of the worst schools in the country, some of the most dangerous streets in the country, and a mass-transit system that is a non-functioning mess. Not that you’d want to start a business there, but if you did, its licensing and regulatory agencies run the gamut from incompetent to corrupt.

Saw a really nauseating photo today of one of our Deputy Sheriff's who had a bite ripped out of his inner thigh by a PCP freak. The freak bit right through  the officer's uniform trousers and grabbed a mouthful. They TAZER'd him and he still wouldn't let go of his leg. For crying out loud I've seen Happy meals that were smaller than this wound. The Deputy has a big scar that will last the rest of his life. Gotta shoot these people.

The following video is of a Philadelphia police officer struggling with a person who is violently aggressive due to drug use. The cop ends up eventually shooting him. 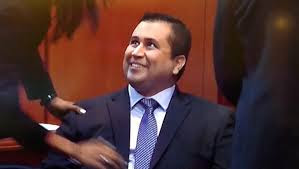