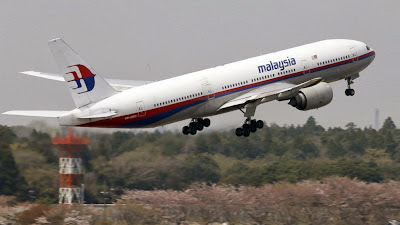 
Missing Malaysia Airlines flight MH370 may have been deliberately flown west towards the Andaman Islands after it last made contact with air traffic control nearly one week ago, military radar-trafficking evidence now suggests, in a twist that Malay officials have said supports theories the plane might have been hijacked or sabotaged.

Sources told Reuters that the flight path of an unidentified aircraft, which investigators believe was MH370, followed a route with specific navigational waypoints, suggesting someone with aviation training was at the helm.

Separately the Wall Street Journal reported that the missing jet had transmitted its location repeatedly to satellites in the five hours after its last contact with air traffic control before abruptly shutting off, according to US military and industrial sources. It said it did not know the flight path to this point but noted that the US had moved surveillance planes into an area of the Indian Ocean 1,000 miles (1,600km) west of the Malayasian peninsula. 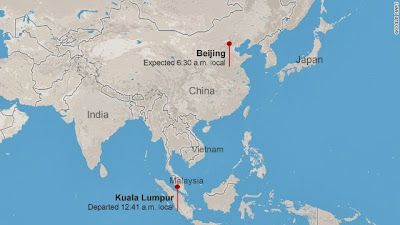 There are theories/rumors/speculations by the truckload showing up on the Professional Pilots Rumor Network, 200 pages of them. Here's a sample:


Sensitive cargo? Where's the manifest?
Okay, due to the lack of a publicly released cargo manifest...

One could agree that this could provide ample motivation, and enough to buy inside help and some media whitewashing too. Valuable or sensitive cargo needs to be ruled out publicly. The aforementioned figures are for example only, and intended just to highlight the scope of wealth that can be transported on such an aircraft.

Apparently the flight was short of full capacity by 50 passengers, allowing for an increase in the amount of cargo transported. The above pilot speculates based on the fact that the cargo manifest has yet to be released.


Quote:
"Only the Indian Ocean (64E) INMARSAT was involved in the last ping(s) and so they have ruled out areas (on the 40 degree circle) that overlap with coverage by POR in the Pacific and AOR-E over the Atlantic to the West."

I'm intrigued by the gap between the northern and southern corridors. The coverage maps clearly show this gap exists due to the overlap with POR. However the area of the gap would be at the very edge of coverage with POR, with the satellite very close to the horizon. It is not inconceivable transmissions in this region would only be picked up by IOR. In particular a ditched aircraft in the water may well have difficulty transmitting to a satellite close to the horizon.

From what I see there is a distinct case to make for joining the northern and southern arcs which would once again raise the possibility of the plane being in the South China Sea area. It may have flown a tortuous route to get back to the area it first started - but thats no more unlikely then it ending up over China.

So are the Malaysian SAR authorities being too quick to cease the search to the East of Malaysia?

NB I would love to see similar 'corridors' for the various pings between 1.30-8.11am. This would help rule in/out various flight paths being speculated.

And there's charts of radar coverage to show where the aircraft could have avoided detection: 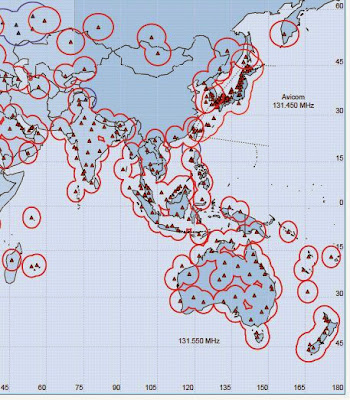 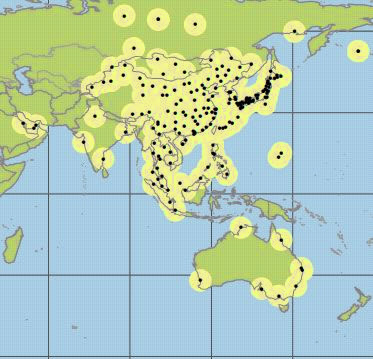 And of course there's also this on a "rumor" network:


"As a Professional Pilots forum, these fanciful posts are embarassing. Heists, gold bullion, conspiracies. If you haven't anything sensible to post may I request you desist or join a different forum for fictional creative writing. 200 pages of posts, mostly drivel. Thanks to those few who have the expertise to elaborate on the facts."

Whatever the truth is, obviously it does not bode well for the passengers and crew. 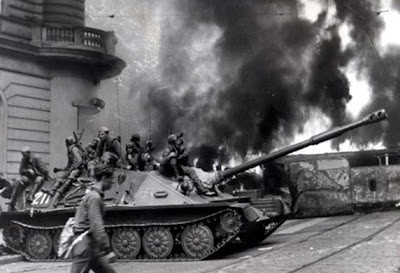 Around 1971 or so I was into dirt bikes and met a young Czech refugee who was quite a rider on his Bultaco one-lunger. He had spent six months in an Italian refugee camp before getting a visa to live with his aunt in Syracuse.

This teenager left Czechoslovakia with two of his friends (they were in high school!) after the Russians invaded in August of 1968. They snuck into Italy from Yugoslavia by evading armed border guards and dogs - quite a story for he was only 16 years old at the time. His friends were frightened at the presence of all the border security and returned home. 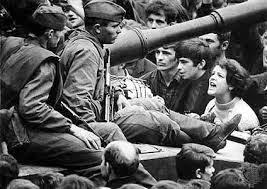 He had lived on a farm with his parents and woke up that night to the sound of hundreds of Russian tanks, armored vehicles and troop transports driving by his house. The farm house shook from the military traffic. Needless to say he had no use for Russia or Communism. 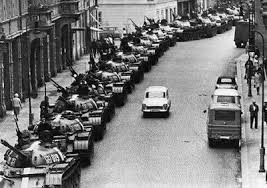 How come no one listens to the real zealous anti-communists who actually were forced to live under it?

Up To His Neck 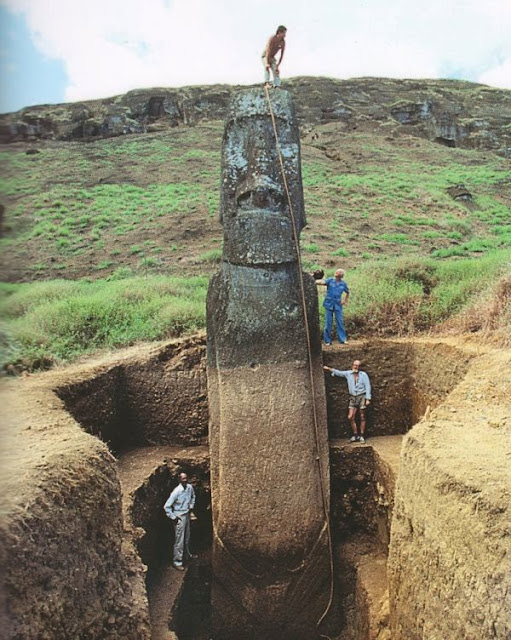 
My daughter called me this afternoon to ask me a question regarding information she had received from my grandson. His friends showed him a nude picture of a girl in his middle school; she had sent it to one boy's cell phone and of course it went from him to his friends and their friends. I told her it was a felony to possess or transmit this image file and to inform the school principal immediately. The principal was already aware as was the child's parents; the local police are investigating it as well.

I feel bad for this young girl - only 13 or 14 years old. Those images will never go away and she will have a potential source of embarrassment hanging over her head for many years.

There are reasons, none good, why she did this. Lack of judgement and naivete are two of them. The social and emotional pressures on young people today are enormous and so many lack the stability and maturity to resist them.

It truly was a lot easier "back in the day" when sex was seen irrevocably tied to marriage. Our culture then supported that notion and it was reflected in our pop music. "Going to the Chapel" by the Dixie Cups was one such example. Another was "Johnny Angel."

Why I Can't Get A Job 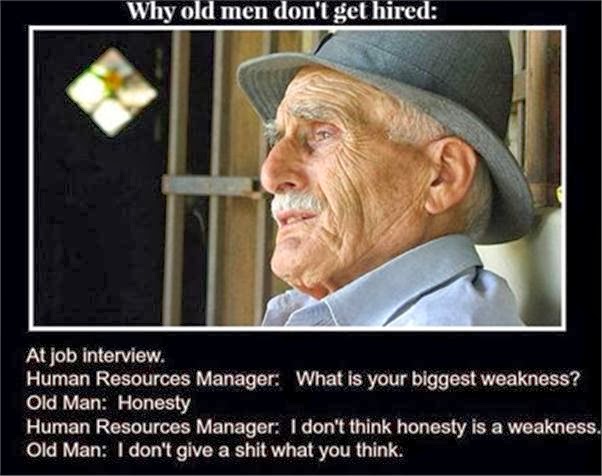 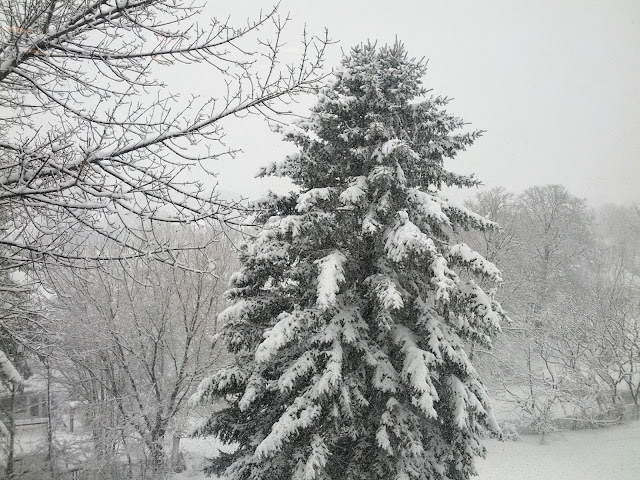 Dear Lord, let this be the last of it for the season.

It doesn't look very bad in the picture, but the snow is coming down at 3/4" to an inch an hour. It's supposed to keep snowing for the next sixteen hours.

That's not clouds in the background, that's snow. You should be able to see four or five houses right behind me, the interstate and a whole bunch of other homes. Only one, the closest on the left, is visible.

Yesterday it was beautiful, 50 and sunny.

The County let us go early this afternoon and I came home to about 7-8" in the driveway. And it is that wet, heavy snow. It's like shoveling cement.

One of my daughters was over to do her wash and helped me shovel much of the driveway. My cardiologist would bury his boot up my arrhythmia if he knew I was shoveling snow.

Pete, my good guy neighbor across the street, is out now with his snow blower doing driveways and sidewalks. God bless him.

Email ThisBlogThis!Share to TwitterShare to FacebookShare to Pinterest
Labels: Snow

I haven't been able to establish the veracity of this article and other gun news from CT is suspect. I'll keep trying to get confirmation if this story is true.


Perhaps over 80% of Connecticut gun owners refused to register their firearms under a new state law. The powers that be were planning to send thecops after them, until they found out that 68% of the cops in the state had also refused to comply.

When the cops tell you to kiss their ass it's time to listen.


Connecticut has been making news due to their hastily passed gun registration laws. According to some sources as few as 15% of gun owners have actually registered their firearms. News Blogs have been warning state officials are talking about mass confiscations of the unregistered firearms.

Plans for these confiscations hit a snag when a legislative intern dared to ask a question. “Who will be going door to door to take all the guns away?” asked the 21-year-old college senior.

Reportedly multiple people in the room in the most sarcastic voices they could muster said “the police”.

The unnamed intern then pointed at the list and said, “my dad’s name is on the list, and he is the police chief. I see three other names on this list of family members, all cops.”

UPDATE: Still no conformation but nothing to say it isn't true either. Another story about 250 CT officers refusing to enforce the law is falling apart.
Posted by sig94 at 7:09 PM 14 comments:

When You Know Fate Just Has It In For You

A gun in donated clothes killed Carmen Dominguez, 54, just before 10 a.m. on Friday at the Unique Thrift store in the 9300 block of South Ashland Avenue in Chicago. Dominguez and another woman worker at the store were sorting through donated clothing in the thrift store in Chicago’s Brainerd neighborhood on the Far South Side when a gun went off accidentally and shot Dominguez in the chest, according to the Chicago Tribune on Friday.

Makes sense to me.

Putin has a big set of balls when dealing with the Dancing Queen of DC.


A new frontier has been laid down within Europe as Russian forces laid landmines at the top of the Crimean peninsula and fired warning shots at a European observer mission.

A convoy from the Organisation for Security and Cooperation in Europe (OSCE) was stopped by Russian soldiers and armed militias on a main road into the Crimean peninsula.

Three bursts of automatic gunfire were fired into the air as the checkpoint commanders insisted the OSCE had no authorisation to enter the area. Witness said the shots were fired by men in balaclavas.

The Russian's Black Sea outlet to the Mediterranean can be bottled up in a heart beat - mine the Dardanelles. 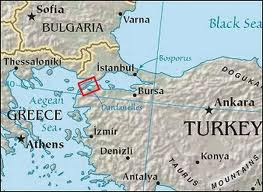 The Germans did it a hundred years ago to keep the Brits out during WW I and there are much better mines now to keep the Rooskies in.  Of course the Turks may have something to say about that...
Posted by sig94 at 8:45 AM 3 comments: