First There Was "Deep Throat", Now There's "Back Throat" 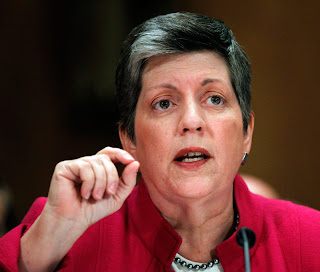 "It was just a little tonsil polish and it barely went past her gums."


From the most open and transparent administration in the history of the universe: allegations about sexual harassment and other sexually oriented misconduct from Janet Napolitano's Department of Homeland Security. From the Daily Mail:


Homeland Security boss Janet Napolitano is facing a mega lawsuit from an official who claims she gave a less-qualified woman with whom she has a 'long-standing relationship' a job over him.

The suit also accuses Napolitano of turning the department into a female-run 'frat house' where male staffers were routinely humiliated and on the receiving end of 'sexually charged games'.

Napolitano's chief of staff Suzanne Barr repeatedly targeted men because of their gender and once called a male employee's hotel room to use sexually explicit language, the suit claims. 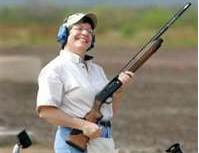 Homeland hijinks from Planet Janet, the woman who invented the strap-on, self-lubricating shotgun.

On one occasion, Barr called a colleague in his hotel room and screamed using sexually explicit language, telling him she 'wanted his c*** in the back of [her] throat'.

Hayes claims he 'felt that he was being targeted because of his gender' and witnessed Barr repeatedly picking on men.

She 'created a frat-house type atmosphere that is targeted to humiliate and intimidate male employees', according to court papers.

In 2009 she 'removed the entire contents of the offices of three male employees, including nameplates, computers and telephones, to the men’s bathroom at ICE headquarters'. 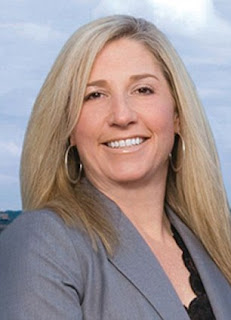 The suit was filed by James T. Hayes Jr., special agent in charge of New York City investigations for Immigration and Customs Enforcement.

Hayes, who began his career with the feds as a border patrol agent in 1995, formerly served as director of ICE Detention and Removal Operations in Washington, DC, where he oversaw about 8,500 workers and a $2.5 billion budget.

But Hayes says he was demoted following President Obama’s election and the appointment of Napolitano, a former Arizona governor, to head the Department of Homeland Security. 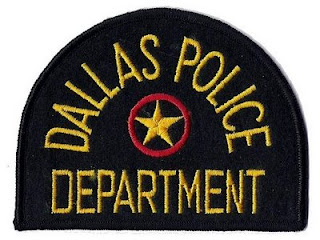 In a move seen as professional premature emasculation, a Dallas Police Sergeant has been transferred to another duty station after words were exchanged with lesbian officers over his bringing a Chick-Fil-A sandwich to work.


DALLAS (CBSDFW.COM) - The controversy over Chick-Fil-A may now have impacted the Dallas Police Department.
CBS 11 has learned a Dallas Police Sergeant brought a sandwich from the embattled restaurant chain to work with him last Wednesday, August 1, a day known around the country as Chick-Fil-A Appreciation Day.
When the Sergeant arrived at his post at the Southeast patrol, words were exchanged between himself and two female officers.
And while it is unclear who started the argument, police have launched an investigation into the matter.
A department spokesperson says the issue is not whether the sergeant brought the sandwich into the substation, but whether inappropriate comments were exchanged between him and the two female officers while on duty.

A departmental investigation has not yet been completed, but the Dallas PD already seems to have decided in favor of the lesbian officers. The transfer to that particular station is commonly viewed as a penalty assignment. In my PD we called certain assignments the "penalty box."


The Dallas Police Association, who represents all three of the officers, say they are getting two versions of the story, and while they are neutral on the issue, the association is frustrated by a move made by the department before the investigation was complete.

The DPA points out the two female officers happen to be homosexuals.

They also point out that the sergeant was responsible for reading the evening bulletins to all officers in the Southeast patrol that evening, including information on possible crowd control issues at Chick-Fil-A’s in the area.

Once again political correctness has reared it's ugly head and the cowards in command run for cover.

After They Finished Doing The Dishes 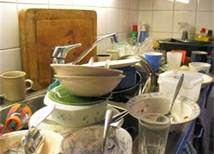 
Pelosi 'Swears' Spirit of Susan B. Anthony Spoke to Her in White House

House Minority Leader Nancy Pelosi (D.-Calif.) told a recent gathering of the Women’s Political Committee that the spirits of suffragists Susan B. Anthony, Elizabeth Cady Stanton and Alice Paul spoke to her at the White House.

Pelosi said she heard them say: “At last we have a seat at the table”.

A video recently posted on Youtube shows Pelosi speaking in May describing her first meeting with President Bush in the White House after becoming part of the Democratic House leadership.

Ms. Anthony also stated that a recurring yeast infection was driving her crazy but she still screwed one of the busboys.

The Red Badge Of Longevity

Who cares if my shirt buttons fly off into my nacho covered french fries?
That ketchup stain is a Red Badge of Longevity!
All Hail the Conquering Meatball Hero!


NEW YORK (Reuters Health) - Obesity and diabetes might not be the double whammy you'd expect, according to a fresh look at older studies.

Surprisingly, researchers found that overweight and obese people who get diagnosed with the blood sugar disorder tend to live longer than their leaner peers.

This so-called "obesity paradox" has been observed before in chronic diseases like heart and kidney failure, said Mercedes R. Carnethon of the Feinberg School of Medicine at Northwestern University in Chicago.

[...]The new findings are based on data from five earlier studies that tracked people over time to identify risk factors for heart disease. More than 2,600 participants developed type 2 diabetes during the studies, and 12 percent of them had a normal weight when they got the diagnosis.

After accounting for several risk factors for heart disease - including age, blood pressure, high cholesterol and smoking - lean people were more than twice as likely to die at any given point as heavier people. The same held true for deaths caused by heart disease, which is linked to obesity.

"It was a little bit unexpected to see that," said Carnethon. 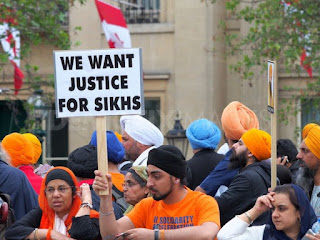 No doubt about it, the seven Sikhs murdered by some jacked up skin head in Wisconsin is an outrage. Time to fry this young fella and hang the blackened corpse from the light post in front of their temple. Same goes for the Aurora mass murderer and any other clown who decides that he has the  right of life or death over anyone for any reason.

However, for India to demand an apology from the US could be just a little exercise of the pot calling the kettle black as the following story illustrates:

Over 20,000 Sikhs Murdered With Support of Indian Government in 1984
WASHINGTON, D.C., Saturday, November 1 marks the anniversary of the November 1984 massacre of Sikhs in Delhi in which over 20,000 Sikhs were killed while Sikh police officers were locked in their barracks and the state-run radio and TV called for more Sikh blood. The massacres followed the assassination of Prime Minister Indira Gandhi, which took place after Mrs. Gandhi ordered the Indian military attack on the Golden Temple, the center and seat of the Sikh religion, in June 1984.

The Delhi massacres were a brutal chapter in India's repression of the Sikhs, according to Dr. Gurmit Singh Aulakh, President of the Council of Khalistan. 'This brutal, government-inspired massacre clarified that there is no place in India for Sikhs,' Dr. Aulakh said. On October 7, 1987, the Sikh Nation declared its independence from India, naming its new country Khalistan. In more than twenty years since then, India has continued its illegal occupation of Khalistan and stepped up the repression of the Sikhs while the Sikh Nation has continued to work to achieve its birthright.

The Indian government has murdered over 250,000 Sikhs since 1984, more than 300,000 Christians since 1948, over 89,000 Muslims in Kashmir since 1988, and tens of thousands of Tamils, Assamese, Manipuris, Dalits, and others. The Indian Supreme Court called the Indian government's murders of Sikhs "worse than a genocide."

Indian police arrested human-rights activist Jaswant Singh Khalra after he exposed their policy of mass cremation of Sikhs, in which over 50,000 Sikhs have been arrested, tortured, and murdered, and then their bodies were declared unidentified and secretly cremated. He was murdered in police custody. His body was not given to his family.

Of course this could be a biased, agenda-driven account, but apparently there are strong indications that the Indian government was involved in the Sikh bloodletting. More here.
Posted by sig94 at 8:42 PM 4 comments: 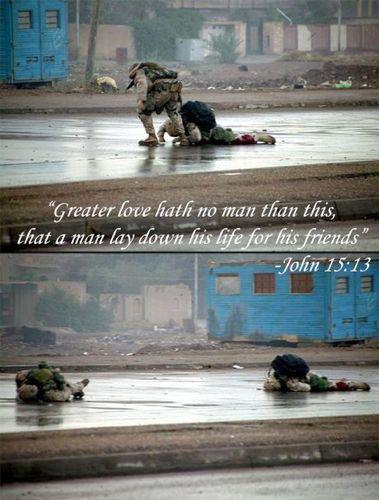