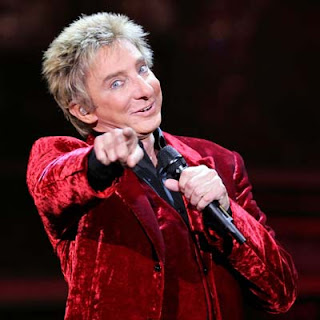 So take this! Feel free to copy it for your collection. I'll always remember Time In New England with a slight ache. Bette Midler is the best!
Posted by Rhod at 11:25 AM 7 comments:

Are you missing London, but don't want to be photographed naked by TSA or fondled in a crowd?

Visit 360CITIES and zoom into the city.
This is amazing technology. Enjoy.
Posted by Anonymous at 5:38 PM 9 comments: 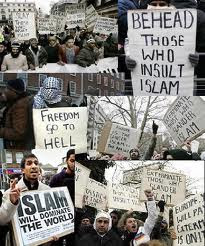 On October 31, Al-Qaeda attacked a church in Baghdad, killing at least 58 people. Since then, two more attacks have been carried out on Christians in Iraq’s capital city. The increased persecution of Christians in the Islamic world is partly motivated by fear: Christianity is making major inroads among Muslims who have become disillusioned with their faith. [emphasis mine~sig94]

The Islamic State of Iraq, a front for Al-Qaeda, declared responsibility for the church massacre. “All Christian centers, organizations and institutions, leaders and followers, are legitimate targets for the mujahideen wherever they can reach them,” the terrorist group declared. Eyewitnesses say that the gunmen said, “We are here to avenge the burning of the Qurans and the jailing of Muslim women in Egypt!” However, one hostage said another gunman stated, “We will go to paradise if we kill you and you will go to hell.” Make no mistake about it: The gunmen attacked because they have been indoctrinated into believing it is Allah’s command to do so.

Nearly half of Iraq's 800,000 Christians have fled their homeland in the last seven years. At one time the nation of Lebanon was 75% Christian. Since the Syrian incursion it is now down to 39%. Much of Iraq's Christian community has fled to Lebanon. Many are now in the U.S.

In the Palestinian territories, the story is not much different. Bethlehem is now almost entirely Muslim as Christians have departed their historical city. When I visited the West Bank, a church told me of how a close relative had been brutally murdered for preaching Christianity. His church is frequently threatened and attacked and he said the Palestinian Authority police was uninterested in protecting them. In the Gaza Strip, where there are 3,500 Christians, some have been forced to help Hamas. After the terrorist group took over, Christian graves were dug up so the bodies could be burned so the Islamic land would be pure.

I have missionary friends who tell me that there are surprisingly successful evangelism efforts throughout the Near East and Africa. As a Muslim can be murdered for leaving his faith, it is not surprising that many conversions are not publicized.

Look to see more violent reactions against Christians as the mask continues to fall off the Religion of Peace. As much of the world's evangelism is funded by Christians in the U.S., perhaps we shall see some of this same violence perpetrated against our own churches.
Posted by sig94 at 7:25 PM 7 comments:

Business? Life? The process may be the same.

“You must never confuse faith that you will prevail in the end — which you can never afford to lose — with the discipline to confront the most brutal facts of your current reality, whatever they might be.”
—Vice Admiral James Stockdale (1923-2005)

James Stockdale was a naval aviator shot down in Vietnam and held captive at the “Hanoi Hilton” for seven years. Repeatedly beaten and tortured, at the same time he was a leader to other prisoners in helping them cope with their captivity, treatment and uncertainty.

The above quote, which is known as “The Stockdale Paradox,” was originally referenced in James C. Collins’ book Good to Great. It is a lesson that has been shared with me by more than a few role models in my time. When Collins asked Stockdale about those who were least likely to make it, his answer was (ironically) “Oh, that’s easy, the optimists. Oh, they were the ones who said, ‘We’re going to be out by Christmas.’ And Christmas would come, and Christmas would go. Then they’d say, ‘We’re going to be out by Easter.’ And Easter would come, and Easter would go. And then Thanksgiving, and then it would be Christmas again. And they died of a broken heart.”

So many of us these days who are rebulding are also struggling with mere survival. The loss of jobs, the reduction of business revenue and holding on through seemingly endless sales cycles can be enough for any one of us to give up. Indeed, as a close friend and financial advisor once told me, the biggest challenge to beginning any business or career endeavor is most often “Surviving the drip.” It’s having just what you need to get by for TODAY, so you can make it to the next.

Stockdale’s profound obvervation, in my opinion, is far less a paradox and much more about balance. I know one person in my life who always said she was not an optimist, but a realist. Being an optimist is simply setting yourself up for failure and disappointment. Unfortunately for her, being a realist was to surrender to defeat, self pity and pessimism…to give up. She had no faith.

The Stockdale Paradox recognizes the need for faith in an ultimate outcome, while accepting what IS–our current reality. Faith in an ultimate outcome does not pretend to predict the future. It is about accepting the NOW as it is, and realizing deep down that the one thing that does NOT change in God’s universe is the law of impermanence. Indeed, everything changes sooner or later.

If you find yourself distracted by worries projected into tomorrow, next week, next month or even next year, bring yourself back to center, to today. In sales, there is the common rule of “under-promise and over-deliver.” Yet how many of us do just the opposite with ourselves? 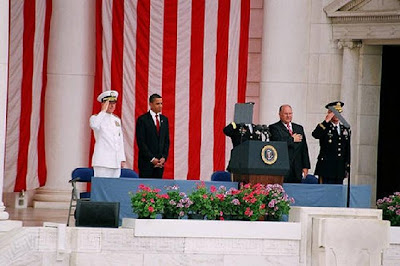 Just so we don't forget the type of man that 52% of voting Americans thought was worthy to lead our Nation.

He won't salute the flag or respect our time-honored traditions, but he will bow to heathen Saudi princes.

Have you wondered what happened to the three quarters of a $trillion in stimulus funds over the past two years?

I am able to look at San Francisco’s use of the funds and you should not be surprised at what I found.

Of the three quarters of $1 trillion in government stimulus one quarter went to invisible subsidies of mortgages, tax credits for children, tax credits for college expenses and extension of our unemployment insurance. Of the remaining half the bulk was simply written in the form of money given to state and local government’s.

So I looked at the quarter of $1 billion given to San Francisco over a two-year period. What I found was that the stimulus money came with a long list of projects to be funded. What I saw in the results was that none of the departments that were supposed to receive money showed any increase in their budget in either last year or the previous year. In fact many departments that were to receive funding showed decreases in their operating budgets.

Does anybody wonder why the stimulus did not generate new jobs?

This video is lifted from a wonderful blog: Anglican Samizdat

The Pull of Pelosi