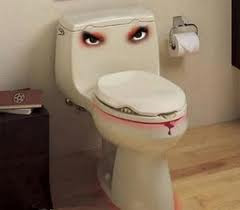 From the SF Gate:

Skimping on toilet water has resulted in more sludge backing up inside the sewer pipes, said Tyrone Jue, spokesman for the city Public Utilities Commission. That has created a rotten-egg stench near AT&T Park and elsewhere, especially during the dry summer months.

The city has already spent $100 million over the past five years to upgrade its sewer system and sewage plants, in part to combat the odor problem.

Now officials are stocking up on a $14 million, three-year supply of highly concentrated sodium hypochlorite - better known as bleach - to act as an odor eater and to disinfect the city's treated water before it's dumped into the bay. It will also be used to sanitize drinking water.

In 1994 a federal law was passed mandating low flow toilets that could use no more than 1.6 gallons (6 liters) per flush. Prior to this, toilets would use as much as three and a half to seven gallons per flush. But at least you were sure that whatever was flushed, stayed flushed. No more.

This is Al Gore's legacy. Cities that reek of feculence.
Here, want a whiff of San Fran? 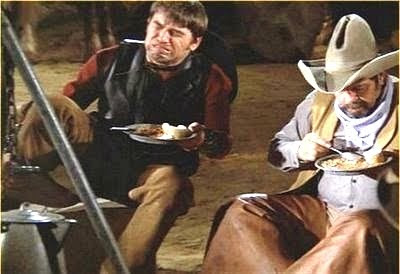 Some environmentalists proclaim that through the use of low-flow toilets the city saves 20 million gallons of water per year. Water in SF costs about a half cent per gallon. The benefit of saving 20 million gallons per year yields about $100,000 in cost avoidance.

Over the past five years the city has spent $100 million to upgrade its sewer system to get rid of the stench and now will spend another $14 million over three years to purchase over 25 million pounds of bleach to further these efforts. At this rate it will take 1,000 years to recoup just the cost of the new sewers. And let's not even begin to think about how much it cost for the new water saving toilets to be purchased and installed.

And if you think that's intense, look at Atlanta where some city residents are getting billed $1,800 per month for water. Apparently the new wireless "drive by" water meters are not working out too well.

UPDATE:
The politically correct folks at You Tube disabled the embedding for the famous Blazing Saddles campfire scene. So here for your listening pleasure is a non-You Tube rendition of Mel Brooks' tribute to the fair winds of the great City of San Francisco.

It's hard to imagine a lefty environmental "feel good" & "sounds good" mandate not being successful.

Save a tree, use your finger - no more toilet paper!

I'm sorry but I have to say if it is California, they made their own bed so let them lie in it.

Actually, Christopher... We designed our own toilet so let us sit on it.

Nickie - doncha just love it when a plan comes together? This is the new Californica "brown jobs" program.

TFS - How very fwench of you!

Chris - these are the new generation of environmentally sensitive engineers.

"We gotta show you no stiinking consequences gringo!"

On the bright side, San Fran has introduced the "brown" trout to their fisheries....

Well, according to Mohammed, camel's piss cures all anyway lol.

Oh thanks, I just got a new drive by water meter. I've been telling you guys that the people in the bay area are a bunch of shit heads, and they have the smell to prove it.

Trestin - there's always a surplus of that. They never run out.

Randy - they're having trouble moving that item on Fisherman's Wharf. Both on the Wharf and below it apparently.

Malcontent - works well on the laundry, especially on the whites but avoid using it on the coloreds. Fades them a bit.

Odie - good luck with that; apparently it is a drive by in more ways than one.

And people wonder why I won't "upgrade" my toilets. They are old. They are in excellent shape, given their age. And, I really want a larger (think tall sized) john. But not at the cost of flushing three times or more to get rid of... the remnants. Hey, that is liberal idealism for you. I guess, in the end, they want to minimize waste production. Why, if everyone went vegetarian, they would get bound up and this would be a medical*, not a plumbing problem. (Duh?) Oh the webs we weave... Or, they weave...

*Check the last census data (not sure about current, haven't looked) about vegetarians and bowl loosening usage...

I understand there's a new sheriff in town.

Doomed - I understand the Society for the Prevention of Cruelty to Plumbing Appliances (SPCPA) has filed an injunction prohibiting you from replacing your old toilets. Something about new, naive, innocent porcelain not able to withstand the abuse without suffering severe psychological damage?

Odie - and he ain't pleased with the stink neither.