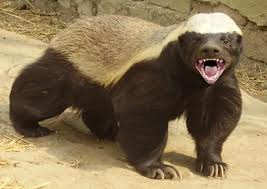 As advertised, the manufacturer of Magpul magazines is moving out of Colorado.

After weeks of bizarre testimony and protests, where lawmakers encouraged women to defend themselves with ballpoint pens and vomit, Colorado Democrats pushed through their new gun control laws last week. Democratic Gov. John Hickenlooper signed three new gun bills into law on Wednesday. But, before the gun control bills were ever passed the state was looking at its first casualty. Magpul Industries, a top of the line manufacturer of gun magazines and parts, notified the media that they would relocate if the new bills were ever passed into law. They weren’t kidding. 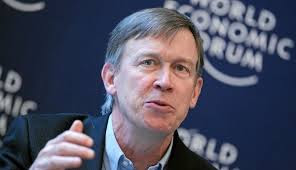 Point #1 - Liberals and honey badgers don't give a shit about consequences. It's not their job.

In February Magpul announced the Democratic legislation that banned high capacity magazines would force them to leave the state taking along several hundred jobs with them. Magpul warned they would leave the state “almost immediately” if the legislation passed. Duane Liptak, Director of Product Management and Marketing, said the company has received official invitations from elected officials and/or the economic development activities in over two dozen states since they announced their plans to leave Colorado.

Point #2 - Liberals and honey badgers also do not get invitations from other places to please, please move there. When a honey badger moves into the neighborhood, prey populations start to disappear. When liberals move into a neighborhood, jobs disappear.

And, it’s not just Magpul. Several parts dealers are also following Magpul’s lead. The company has received commitments from some of their largest suppliers that they will be leaving Colorado, as well. And, Magpul’s suppliers are even working with the company to help select new manufacturing locations.

Point #3 - businesses are rational organizations, that is:

1. agreeable to reason; reasonable; sensible;
2. having or exercising reason, sound judgment, or good sense;
3. being in or characterized by full possession of one's reason; sane; lucid;
4. endowed with the faculty of reason: rational beings.

Being rational also means using your mental facilities to evaluate your environment and utilize all data and best business practices to guide your economic plans. Magpul Industries Incorporated, whose corporate officers are rational creatures, knew it was time to get the hell of of Colorado and relocate to a climate more favorable to their enterprise. Other companies are doing the same thing.

Don't honor liberals by calling them honey badgers. That is what Republicans SHOULD be. Once they have used reason, considered ethics, consulted their morals, they should tenaciously rip at opposition to good.

As is, Republicans are just looking at how much they dare surrender and still have a hope at re-election. They WANT to throw in the towel on every issue conservatives want them to stand their ground on.

Liberals are easy to deal with, they are cowards. Really. What happened is that they infiltrated the ranks of "conservative" politicians so that everything is merely a show. Politics, the judiciary, media, academics... all betray you.

Doom - they are tenacious and destructive and they never give up.

Odie - California don't care. No price is too great for others to bear.

Gorges - I was only half kidding when I wrote that...

I've heard that Arizona is a nice place to do business.

And businesses are vacating california like projectile vomit too.

Maybe they're (libtards) all trying to be like Greece. The lure of easy money... That might just ignite the next civil war as the losers begin feeding on the rest.

And for anyone who hasn't seen it. You Gotta!