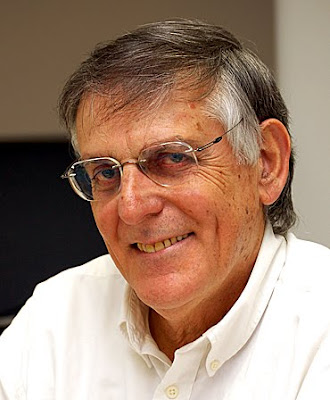 But every now and then they are geniuses!
Posted by sig94 at 8:03 PM

"colleagues mocked him, insulted him and exiled him from his research group."

What is it about academics that this childish behaviour seems to be the usual reaction to those who do not support whatever orthodoxy is in question? Are they especially cowardly or is it just a reflection of the way that funding corrupts them?

banned - and it is apparently true down through the ages. Ego? Superiority complex?

I wonder how many potentially great pieces of research were killed aborning, never to see the light of day because of this?

Through millennia of adversity Jews still turn out great minds. I gotta admire that.

Inflexible thought, like a sturdy tree trunk comfortably rooted in its orthodox bedrock, shatters under the hurricane of progress. The scientific community and fundementalists of any group should take note.