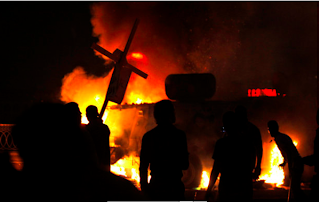 You'll have to put that in Plain-Speak for the masses to understand it.

Gorges - the NEA and the US Dept. of Education have taken care of that. Every thing needs to be written in crayon for the masses.

Your beach front property is safe.

You may recall that in the movie, National Treasure, there is a dialogue between the curator and our hero while they are in the changing rooms. She says, "Yea, but people just don't talk like that any more" and he replies, "But they think like that" (not a direct quote; but close enough)

Lord Monckton speaks like that, a certain eloquence which elevates the human spirit toward that which we all can appreciate.

Amazing how in a generation and in an almost satanic fashion, Memory, Intellect and Will have been usurped by Amnesia, Ignorance, and Bondage.

I'm the Tea Party editor at Before It's News. Our site is a People Powered news platform with over 4,000,000 visits a month and growing fast.

We would be honored if we could republish the rss feed of It Don't Make Sense in our Conservative category. Our readers need to read what American patriots like you have to say.

Syndicating to Before It's News is a terrific way to spread the word and grow your audience. If you are interested in syndicating with us, please contact me at

More need to listen to him.

Pewster - except I'll drown in taxes and inflation once the economy goes belly up.

TFS - and we are much the poorer now that that style has all but vanished. It spoke of an earlier time when words really meant something and you had better be prepared to back them up with facts or fists.

Ansy - sad but ohh so true.

Odie - buy you know that few will. They are enthralled by this nonsense.