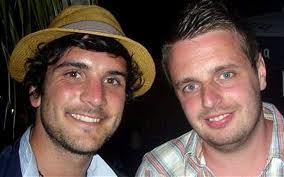 Well, that POS is 17. He's not going to have a good time in the grey bar hotel. Not at all.

They'd do him a favor if they killed him.

By the time he dies, Evil Kanivel (s?) will be able to do wheelies in his rear end.

Kid - but the taxpayers of FL will be paying around $19,500 per annum to keep him behind bars. And that is a relative bargain; in California it costs $47,000.

WoFat - by the time he dies he'll be able to use his ass as a bus stop.

I suspect the "willful king's" refusal to acknowledge this crime is directly related to his well-established animus towards our English cousins. He made that hatred clear in the earliest days of his cabal when he unceremoniously dumped the bust of Winston Churchill from the White House.

Andy - I suspect so. Blame his Kenyan loyalties for that 'cause he sure doesn't have any American ones.

And I hear Sheriff Joe Arpaio is having another news conference this weekend regarding Obugger's origins and suspect faux identification.

Sig, Cheap at half the price.

This Blog is in my Blog List.
The last read is six days ago,
The New Dark Age Approacheth.
I looked at Opus Blog--six days ago also.
Check the RSS feeds--not showing the newer post.