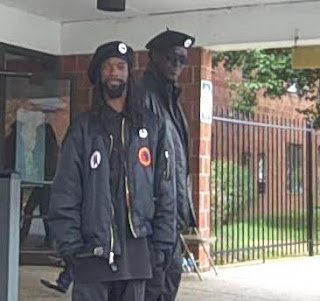 Debate - what debate?
Romney will not confront a sitting President - to nice a guy.
Plus, these good ole boys club will not allow one member say anything bad about another in public.
Hence - these Media Black Outs.
Only bloggers will say such current events.
I'm surprised the good ole boys Judges allowed any going forward on this.
If the Media doesn't report it, I guess that is what the Judges are counting on.

Sounds like the racism the left says doesn't exist.

TSWS - it's too bad Obama doesn't subscribe to that club,he all too willing to whip out the ebonics shtick when the audience is right and blame whitey.

Odie - yeah that race card should be put back in the deck and given a rest. It's awful frayed.