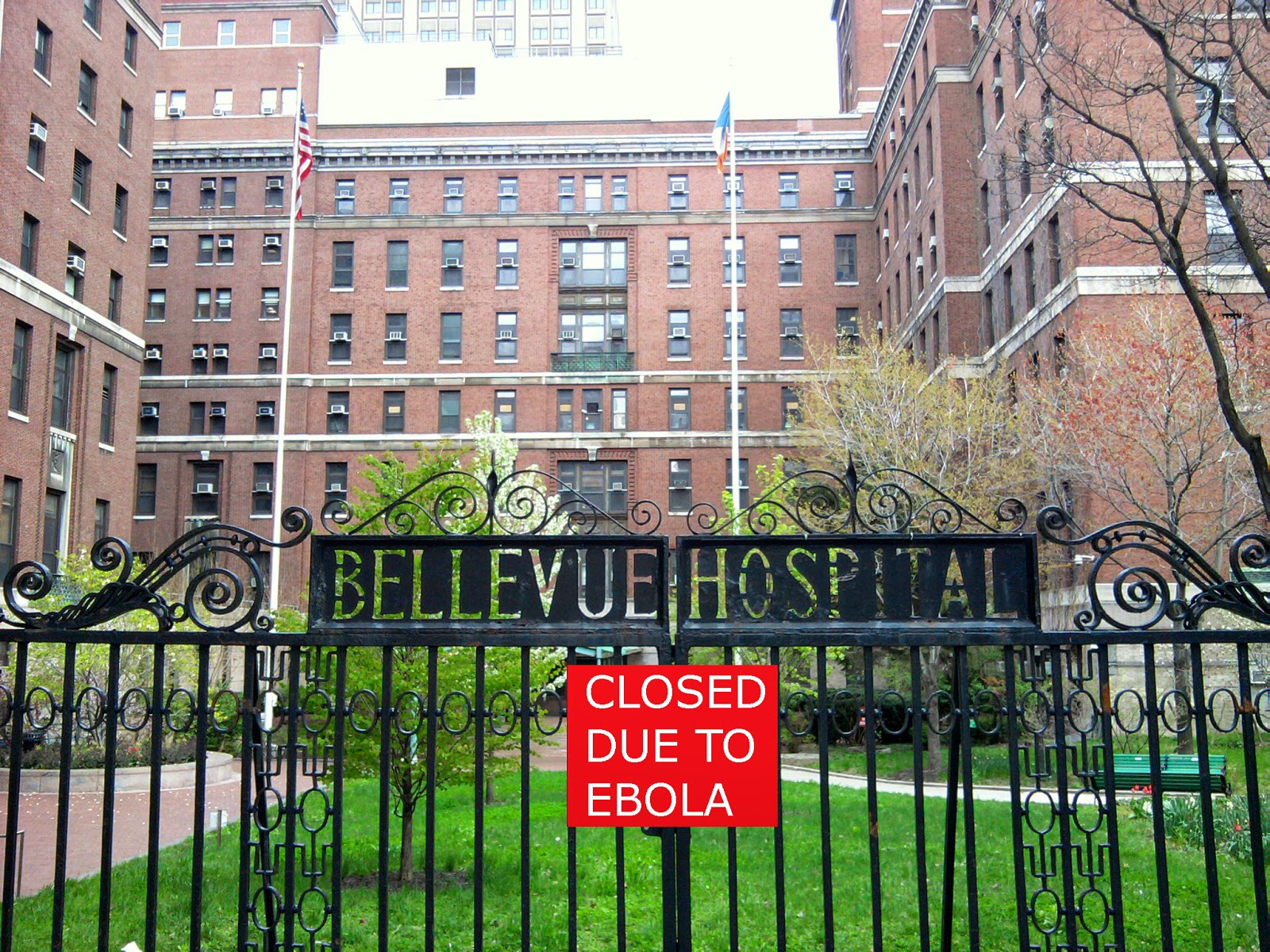 Sounds awful, don't it? Liberals have been telling us for so long that as long as you care about something, it doesn't matter what you actually do about it.

Well, Ebola don't care either.  It's a simple form of life, the simplest really - a virus - that  just does what it does by replicating inside a host. By doing so, it tries to kill you. And it's pretty good at what it does.

When you bring it home with you, people get scared.  Because a virus doesn't give a hoot about you. You can't reason with it, you can't plead with it, you can't threaten it. It doesn't look at pictures of your kids and smile lovingly.

The NY Post lets us in on the Ebola Boy's progress in NYC.


An extraordinary number of Bellevue Hospital staffers called in sick on Friday rather than treat the city’s first Ebola patient — and those who showed up were terrified to enter his isolation chamber, sources told The Post.

“The nurses on the floor are miserable with a ‘why me?’ attitude, scared to death and overworked because all their co-workers called out sick,” one source said.

“One nurse even went as far as to pretend she was having a stroke to get out of working there, but once they cleared her in the ER they sent her back up,” the source added.

Dr. Craig Spencer is being treated by nurses working in teams of two, “with one serving as a buddy watching the other,” said Health and Hospitals Corporation spokeswoman Ana Marengo, who denied there was a sickout.

You perhaps will have noticed, Dear Reader, that the article tells us "Dr Craig Spencer is being treated by nurses working in teams of two..." and not a single mention of doctors getting their hands dirty.

That is because there is a new organization of socially responsible and morally aware doctors forming in America today; they call themselves "Doctors Without Ebola And Want To Keep It That Way."


The Doctors Without Borders volunteer — who is in stable condition — has even been putting his medical skills to use, lecturing the staff about proper treatment.

Lecturing, as in sobbing uncontrollably into a telephone that no one will answer.


“As a doctor, he knows a lot about medicine, so he would call the nurses station all day and going back and forth with doctors on what to do,” the source said.

And it worked so well for him. I'm sure the nurses are faithfully following his incessant, hysterical instructions to the letter while the supervising doctors long ago vacated the premises and are now drinking Chlorox  martinis (microwaved, not stirred) at the club.
Posted by sig94 at 4:13 PM