Off With The Irani Head 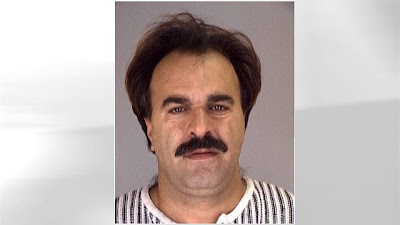 Two Iranians have been arrested for plotting to assassinate the Saudi ambassador to the U.S.

(Reuters) - U.S. authorities broke up a plot by two men linked to the Iranian government to assassinate the Saudi ambassador in the United States, U.S. officials said on Tuesday, escalating tensions between Tehran and Washington.

U.S. Attorney General Eric Holder said one of two men charged in the plot, both originally from Iran, had been arrested and had confessed.

The other man, who was still at large, was described in the criminal complaint as being a member of the elite Quds Force, which is part of the Iranian Islamic Revolutionary Guard Corps.

"High-up (Iranian) officials in those agencies ... were responsible for this plot," Holder told a news conference. "I think one has to be concerned about the chilling nature of what the Iranian government attempted to do here," he said.


The two men were charged in a U.S. court. Gholam Shakuri was described in the criminal complaint as a member of the Quds Force and is believed to be in Iran.

Once again the Iranian snake has poked it's head into the U.S. tent. It's long past time to lop it off.

Okay, this idiot got caught because he approached a DEA informant.

How many others may have successfully linked up with the Zetas and various other nogoodniks?

How soon before the bombs go off?

Subvet - exactimondo. Lord only knows what kind of damage they can and will inflict. These animals care not a whit about human life.

At least the nice Iranians have promised to release the 3 American 'hikers' who accidentally wandered over their border while exploring the delights of the Iraqi badlands. "Spies"? Surely not.

Don't kid yourselves, this is Obama's Gulf of Tonkin Incident....

banned - I thought they were released a few weeks ago after a "bond" was paid, no? Two guys and a girl?

LA - that is truly a scary thought. Obugger and the Saudis together - a match made in Hell.

This is one or more of the way that a sleeper cell would be outed. Why would Iran put a cell out in the spotlight knowing that this would be a suicide mission-the guy was a little slow or agreed to go to jail for a while. A trial balloon of how fast this would be detected.
Another way would be to start a war with the cartels-blame the cartels for a random target---ooops a high place diplomat just happened to be there at the wrong time...yea right.

Or, they want to suspend the elections. We have been snowed with a conflict with Aminajad.
Clinton tried that with Oklahoma/McVeigh. "We may have to take a minor departure from our civil liberties". Chills went up most backs with that gesture of dealing with a tragedy. Tragedy is one easy way to sway the masses (tug at the heart strings)-- well, it works around the globe, not so much here.

Odie - it may very well come to that. The Iranian government has been murdering Americans for decades. Time to even the score.

TSWS - I wish I could say it's not, but it's all possible. I put nothing past the madmen running the Iranian government or Obugger and his feckless minions.

Anon - now we can wait for the next Friday download of damning documents, eh?