What The Hell Kind Of Country Needs An Anti-Human Sacrifice Task Force? 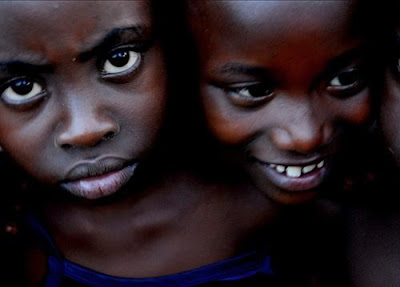 An optimist would shrug and say, "At least they've stopped eating each other." Gee, I wonder.

For almost three years now there have been reports of a swelling epidemic of child sacrifices in Uganda. The British media (here and here) as well as the Americans (here) have detailed a belief amoung Ugandans that the ritualistic slaughter of a child can help them financially and in other ways. Mothers will return home only to discover the headless corpses of their sons and daughters. And it is still ongoing.


"They have a belief that when you sacrifice a child you get wealth, and there are people who are willing to buy these children for a price. So they have become a commodity of exchange, child sacrifice has become a commercial business."

[...] The work of the police task force has been strongly criticised by the UK-based charity, Jubilee Campaign.

It says in a report that the true number of cases is in the hundreds, and claims more than 900 cases have yet to be investigated by the police because of corruption and a lack of resources.

[...] At Kampala main hospital, consultant neurosurgeon Michael Muhumuza shows me the X-rays of the horrific injuries suffered by nine-year-old Allan.

They reveal missing bone from his skull and damage to a part of his brain after a machete sliced through Allan's head and neck in an attempt to behead him; he was castrated by the witch doctor. It was a month before Allan woke from a coma after being dumped near his village home.

Allan was able to identify his attackers, including a man called Awali. But the police say Allan's eyewitness account is unreliable.

Some children are cut to collect blood for rituals. Local people told us that Awali continues to be involved with child sacrifice.

BBC investigative reporters contacted this witch doctor, Awali, and asked for a consultation. First Awlai slit a goat's throat and demanded $250 for his efforts to bring them luck in starting a construction site. On their next visit they really got serious.


The witch doctor explained that this meeting was to discuss the most powerful spell - the sacrifice of a child.

"There are two ways of doing this," he said. "We can bury the child alive on your construction site, or we cut them in different places and put their blood in a bottle of spiritual medicine."

Awali grabbed his throat. "If it's a male, the whole head is cut off and his genitals. We will dig a hole at your construction site, and also bury the feet and the hands and put them all together in the hole."

This is the result of primitive pagan beliefs. The best remedy is the conversion of Uganda's population to Christainity. Africa may have the fastest growing Christian population in the world, but there is much to be done in Uganda.
Posted by sig94 at 12:00 PM

They still eat each other. It's called 'bush meat'. If there isn't a strip of hide attached to the meat in the market, you can presume that it's human flesh.

They have brought it here too, possibly not a tidal wave but cases do arise of "muti" child killings in Britain; dunno if the perps come direct from Africa or via the Caribbean.

Much to be done indeed. Between these animists and the islamists to their north and east, the nation is in a precarious perch.

Wow, that is some crazy stuff. I am never going to Uganda:)

LL - Somehow I knew they'd get around to blaming Bush.

But really, that is very disturbing. No more BBQ'd Bush Burgers for me.

BTW - is it cheaper than chicken?

banned - I imagine if it is young children it is a sacrifice. If they are older teens, honor killings. If these people really hate their kids so much, why do they have so many? High infant mortality I guess or maybe it's cheaper to kill them rather than buy contraceptives.

Uganda apparently is an extremely magnificent country. It is unfathomable that this type of shameful activity is still going on.

Toyin - Unfortunately Uganda is not isolated in this regard. Animism has flourished in Africa for eons. There are some very grotesque rituals associated with primitive tribal beliefs throughout the continent.

You know our President is from Africa. This helps me understand him a little better now.

I'm with Odie on this. It explains a great deal.

Odie & LL - the next administration will have to dig up the Wookie's garden and see what's buried there under the rotting sweet 'taters and okra.

Siggie, I'm guessing you didn't get the progressives' memo. All cultures are equal, honorable and beautiful, you dumb cracker.

You we don't have an anti-human sacrifice task force?

Wow, I guess I can go after those pagan/goth/vampire wenches at the mall after all.
The coffee will be so much better then. ;-)

Nickie - I hate it when that happens.

Soylent - wooden stakes are optional, but not on a first date.

sig94, I think that they only sacrifice the spare ones that no-one wants.

banned - to tell the truth, it sounds more like they are stealing them.