NYC Subways - Not So Fresh 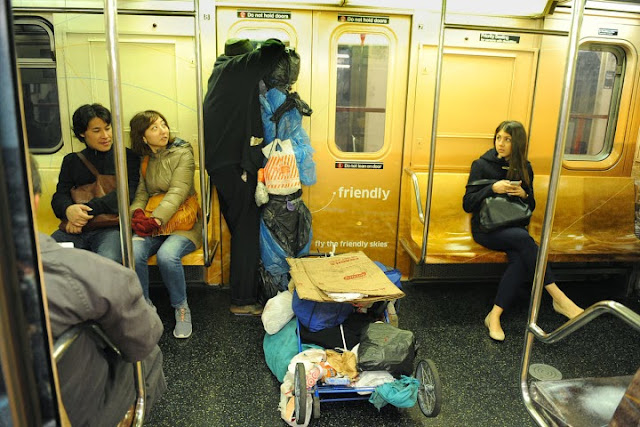 I can sympathize with NYPD cops. When the judges and politicians get on your ass, back off and CYA. Nothing on your pay stub says you must get sued to cash a check. The NYPD is reacting to the decision of the lame federal judge who severely restricted their stop and frisk operations. If the cops violate that order, they can be arrested and sued civilly in federal court.


It’s an express train — to the bad old days.

The ranks of the homeless, meanwhile, have swelled to 1,841 this year — a 13 percent increase over last year’s tally, the city’s Department of Homeless Services says.

For straphangers, it has created an atmosphere of fear.

“I feel threatened, especially taking the train at night,” explained Brooklynite Lortashia Smith, who said she has been followed off trains several times. “The police can definitely do more.”

Now this instance is an enforcement activity that is definitely affected by that loon judge. Someone is following you? A cop would do a stop and frisk.


The NYPD said panhandler/peddler arrests in the subway have increased over the past year, with 409 pinched so far in 2013 versus 395 in 2012. But those numbers pale in comparison to 2011, when it was reported that in a six-month span that year, a whopping 930 panhandlers and peddlers — the two are not separated in the data — were arrested.

“There’s been a drop-off,” acknowledged one police source.

The stop and frisk ruling is perhaps tangential to the panhandling enforcement, but it is a similar activity where the officer has to confront someone. These two issues may or may not be related, but there is little doubt in my mind that they are.


Even panhandlers are scared.

“There’s more people down here,” noted Sarah Colon, who said she has been homeless ever since Hurricane Sandy. “The city’s not doing what it’s supposed to be doing. They need to make the shelters better than what they are now.”

Things could get a lot worse.

“I believe this can turn into ‘Mad Max’ down here,” said Maurice Solomon of The Bronx. “It’s a safe haven — it’s warm for them, and people give them food.” 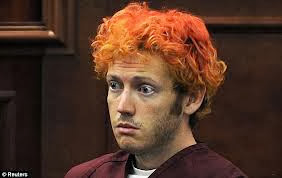 You also have to take into consideration the relaxation of mental health laws back in the seventies when mentally/emotionally disturbed persons (EDP) were mainstreamed back into society. It is estimated that EDP's kill perhaps a thousand or more people a year.


When looking at the rates of violent crime overall — homicide, for instance — the best estimate is that 5% to 10% of murders are committed by people with mental illness. But a far larger proportion of mass homicides, including the brutal July 2011 attacks in Norway, the Tucson, Ariz., shooting that wounded Congresswoman Gabby Giffords and the Virginia Tech massacre in 2007, involve perpetrators with mental illness. The proportion far outstrips the rates of mental illness in the population.

Unfortunately the only way to check the veracity of this is to see what happens to the homicide rate in NYC over the next few years. It may be a good idea to stop taking the subway.

"...24,000 people were murdered..." that we know about. Just in California, about a decade ago? About 35k people, there, alone, went missing. Gone. And how many murders are being called other things? A literal question. I know Japan and Europe under-count, or only count murder if there is a conviction. How Euro have the big cities gotten?

As to the judge? My guess is that it isn't what it may seem. Simply political. No, not really for the criminals, urhm, give or take. The cost of jailing was becoming (for the politicians, don't shoot the messenger) excessive. They would rather have people die then be forced to cut back their programs... which exacerbate the problems... but looks good (or is destructive to the nation, not sure which these clowns are after more).

Never mind. Can't do much about it at this point. Just don't go where the problem is. I highly doubt a valid self defense claim will help you in some places. *cough* NYC *cough*

Doom - it's always a matter of who dies. As long as it's a minority or a sexual deviant, the politicians and judges keep their sense of moral outrage on high.

I will put one other thing out for consideration.

The mentally ill, much like the poor, have been with us always. Loose gun regulations have been the norm for most of our history. So, why mass murders of late?

Psychotropics, the drugs that they now give to the mentally ill, and others when they can't, or won't, figure out the real health issues are the cause. Don't complain about some barking up the wrong tree only to bark up your own wrong tree. Fire psychiatrists and end psychotropics or quit complaining. Those are the cause.

Do you think that judge ever rides the subway?

Doom - hmmmm, that is something to consider. And the fact that someone kept them locked up in an asylum or the attic.

Odie - prolly got a chauffeur and a armed bodyguard to waltz her elitist ass all over Manhattan.

I'm going to have to debate you, even there. From my understanding, and as I have seen things in groups such as the Amish, people really weren't locked up. They were tended, they understood at least that they were different, they were kept from some things, but they truly weren't, and with the Amish aren't, locked away.

Having been near Amish and Mennonite communities, I got to know several Mennonite families, very loosely mind you. While not quite on par with the separation of the Amish, they were pretty closed. One of them had such a relative. And another was, with some minor looking in on, given access to the community... gave buggy rides for spending money actually, on Saturdays or Sundays, their non-holy weekend day.

Mental issues were only a problem when science thought it knew better than families. That has been a disaster.