Another Reason To Leave NY State 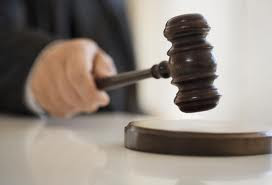 Read it and weep:

The New York Court of Appeals' ruling dismissed two of Kent's possession charges because he only looked at the material.

Conversely it makes NY more attractive to a certain class of  perverts people.

I'd say as a state we're going down the tubes but I am afraid it would give tubes a bad name.


"The Shining" gif from Inspirationfeed
Posted by sig94 at 1:12 PM

Chris - never, ever say, "Nothing surprises me anymore."

I was at a meeting with the US Attorney's Office yesterday when one of the people there told me this. I was floored. I asked him what will his office do as the federal statutes are still in effect. He shrugged and said something inconsequential. I think they are still considering their options. But this is really horrendous.

California and New York are in a race to the bottom, financially, socially. How? Oh, right, you have had Democrats in charge of state and national elected offices for a long time. All of your state supremes are hand picked activists.

You know what I see in turth? State supreme court judges not caring about whether some perv goes to prison or even if their attempts at evil are overturned, they are merely trying to cover for Zero. Pull the limelight off the dunce with something even more outrageous. I don't think they are good at this game, they didn't change the subject, they doubled down... for Zero.

Dems are in an all or nothing game and I don't think they are going to win... almost anywhere. If this next election goes the way I am suspecting, we next need to get rid of the democrats in the republican party.

Doom - That's what the Tea Party is all about.

WoFat - I can almost remember when I was proud to be a Yankee. About 150 years ago.

Your (or their) term of "options" as related to the current US Attorney's Office is exactly the problem here.

There are only really two options; Apply the law or do not. Under the current administration it is the latter hence the problem.

I will posit the thought that any and all options are left to us, the unwashed masses in fly-over country in any way we see fit to clean house.

Chris - This has always beeen a problem in every local, state and federal jurisdiction throughout the country since Bunker Hill.

Is it right? Do we remove all discretion from every law enforcement official and judge in the nation?

This is our political process at work within the judicial system where most of our judges are indeed elected officials.

Of course it has been exacerbated by Obamma, Holder and his radical minions, but to think otherwise is unrealistic and naive.