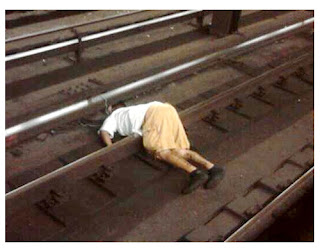 The Rasmussen Reports daily Presidential Tracking Poll for Friday shows Mitt Romney earning 50% of the vote and President Obama attracting 43% support. Four percent (4%) would vote for a third party candidate, while another three percent (3%) are undecided.

Yes, the economy has been tanking and jobs are about as scarce as virgins in the Secret Service but we may just have to make Joe Biden an Honorary Conservative for pressuring Obama into experiencing a premature exasperation:

Try as hard as the gay-lesbo interests may, same sex "marriages" just do not fly with most Americans. Obooboo just helped to evolve himself into another single term President. 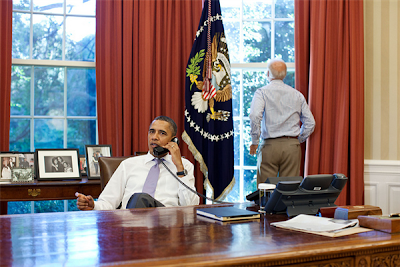 Obama: "Yes President Putin. Of course I understand that your male enhancement surgery conflicts with my Group of Eight conference."

Homosexuals already have the same rights as we do. They can marry anyone of the opposite sex the same as anyone. Same sex would be special rights.

Odie - and of course that's not good enough for them. They are special and we must submit to their superiority else be branded as homophobes and racists.

Every time I see a pic of that sucker in the WH, the desk is as empty as his mind.

“People who believe in equality under the law as a fundamental principle, as I do, will agree that this principle extends to gay and lesbian couples; gay and lesbian couples should not face discrimination and their relationship should be protected under the law. People who disagree on the fundamental nature of marriage can agree, at the same time, that gays and lesbians should receive essential rights and protections such as hospital visitation, adoption rights, and health and death benefits.”


“This is not about giving anyone extra protections or privileges, this is about making sure that everyone - regardless of sexual orientation - is provided the same protections against discrimination that you and I enjoy.”

Unknown said...
This comment has been removed by a blog administrator.
8/17/2012