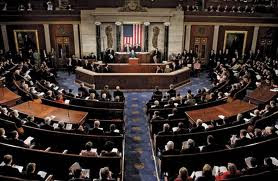 Rather than pass laws that protect innocent lives, Democrats want to enable legislation that places more people at risk from predators. Per the WashTimes:


House Democrats said Tuesday they will offer an amendment to push to overturn stand-your-ground self-defense laws in states like Florida.

The amendment, which would withhold some grants from states that have such laws, will come as part of the House's debate on the Commerce Department spending bill.

"'Shoot-first' laws have already cost too many lives. In Florida alone, deaths due to self-defense have tripled since the law was enacted. Federal money shouldn't be spent supporting states with laws that endanger their own people," said Reps. Raul Grijalva of Arizona and Keith Ellison of Minnesota, the two Democrats who are offering the legislation. "This is no different than withholding transportation funds from states that don't enforce seat-belt laws."

So, since passing the Castle Doctrine, Florida violent crime has been reduced by 19%.

Of course it is rather premature at this point to assume that the reduction in violent crime is due to the 2009 self-defense law, but it is absolutely ridiculous to try to penalize a state in order to intimidate other states to not pass similar laws without even examining what effect the law has made in improving the quality of life for all Floridans. But being ridiculous, even criminal, never stopped a liberal democrat from pursuing the wrong course of action.


Democrats - idiot minions of the mindless. 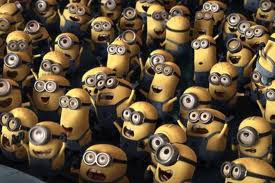 At least these guys are cute in a pale yellowish, myoptic way.
Posted by sig94 at 7:01 PM

I would have used a different adjective, noun and verb.

As a payback in Nov. and Dec. (Lame Duck) the Senate will pass 6 Treaties that will be the ruin of the USA-small arms, child rights, law of the sea, and on and on with amendments that will take away all of our rights. Now, that Lugar is a Senator who is pushing for these Treaties-even more so now that he has to give up his power, as a parting gift.
All this deception over some of these domestic current event is a deflection from these up coming Treaties.
The Constitution says that any Treaty that violates any of our rights is null and void--but these sorry oath breakers will tell us that after signing these Treaties nothing can be done it's the new law of the land!
This new action about breaking the self-protection laws, as current law in the several States, is just the easing into the dwindling away of our rights. So many are brainwashed into thinking that we should not ever have a stand against a run-a-way Gov.
That's what was said by all the media at Waco.

The Federal Government does not have the authority to make or enforce any such law. See Articles IX and X of Amendment to the Constitution for the United States.

Even posturing to trade honest American lives for political concessions? At one time only the enemy states did that. I guess we got too big for our britches, and without competition, it was decided to bring enemy of the state as a notion and make that a in-house process? Idiots is right.

From Pink Floyd, Dark Side of the Moon..

"Hitler himself, said the man with the gun... there's room for you inside."

And one of those wonks from Japan, 1941. "We'd never attack America, there would be a gun behind every blade of grass".

So, as long as they don't take the guns.

What a clot of dimwits...

That's a good thing! Criminals died, and potential victims did not!

Only a liberal could see something wrong with that situation.

If you vote for stupid, you get what you voted for.

It's Ellison's and Grijalva's Disarm the Cracker Law. It's about Trayvon, and the law is urgent.

Only 96% of black murder victims are killed by black assailants, and the 4% shows that there's still white racism.

In my state there were over 60 murders of black kids last year, and as far as we know, not one if the killers was "white". African-AMericans have finally achieved full self-segregation here.

Except for the occasional white, homicidal pizza delivery man who has to be subdued, robbed and beaten into a coma, our race relations are perfect.

Seriously. This makes me want to close my head in a door.

Kid - I had to pull my reins in on this one too.

TSWS - I think the incoming congress may have something to day about that. Executive decree for a binding treaty? I think not, not as long as there is a 2nd Amendment.

Longbow - that's what I thought too.

Doom - there must be some kind of reckoning for these traitors.

Kid - there's that pesky 2A again.

Silverfiddle - as long as the right people are dying the crime rate will continue, to decline in FL.

Odie - they voted for their self interest, more handouts and gimmes. I think the stupid came in the back door with the "freebies."

Rhod - well, the House backed down on that amendment. Seems like enough people rattled their door - with their fists.

"Stupid is as stupid does" should be mounted above the democrat's seats in Congress. I once did a victimization study within our city schools to see if there were any racial implications. Black on white violence was over three times as prevalent as white on black. Of course the Mayor buried this.