No, we ain't talkin' about Abner Doubleday and the game of baseball.We're talkin' about capital punishment in the days when people were getting squeamish about hanging.


The Execution of William Kemmler 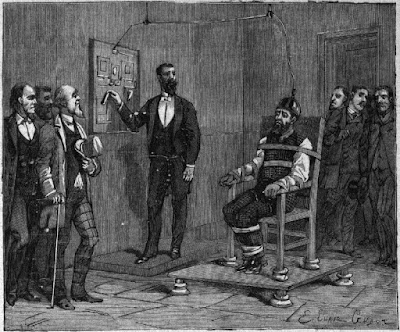 The first ever execution by electrocution was carried out at the Auburn Prison on August 6, 1890.

The electric chair was invented by a Buffalo dentist, A.P. Southwick, in 1881. It was considered a more humane way to dispatch a felon to his eternal reward and it gradually replaced hanging as the prevalent form of execution in America.

William Kemmler, 30, who was convicted of killing his wife with a hatchet, was the electric chair's first victim successful execution. However, there were some problems. The initial current was not strong enough to kill Kemmler. He didn't regain consciousness but his chest started heaving again after the first "treatment."

The voltage was doubled to almost 2,000 volts, and this time the electrocution lasted for about two minutes.

The room filled with the smell of burned cloth and flesh, and reporter G.G. Bain of the United Press fainted.

When the current stopped this time, Kemmler was pronounced dead. 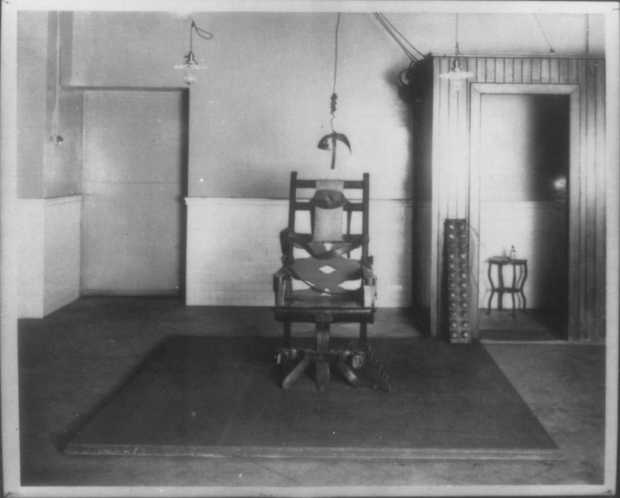 We need more of this and have it on live TV