They Always Return To The Scene Of The Crime

Huma Abedin is seen carrying a huge blue canvas bag as she makes her way to Clinton campaign headquarters this morning. 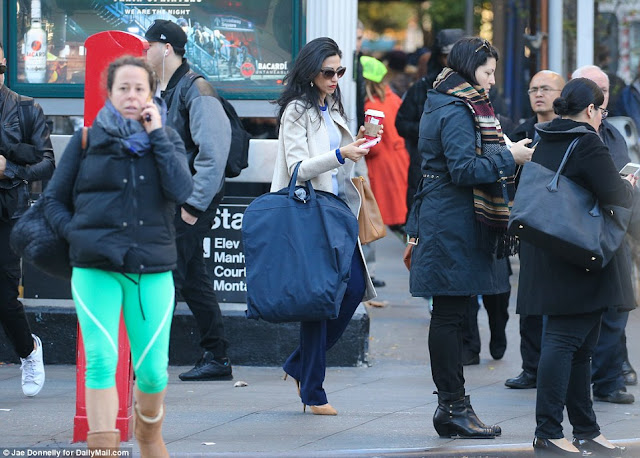 A bag this large is needed to hold all the shattered dreams, unrealized ambitions, false promises and poisonous political debris that she has accumulated since she began her relationship with Hillary Clinton when she was only twenty years old. Hillary Clinton has been her primary employer/mentor since 1996.

In her left hand she carries a container of her new favorite beverage, Bitter Reality,  a complex brew of ground Pakistani Sharia beans, ignored subpoena sauce, American Freedom ginger and tears of the defeated.

From the Daily Mail.


Hillary Clinton's closest aide Huma Abedin wept openly in the street on Friday as she returned to the place where the Democratic candidate's campaign was fought - and lost.

Abedin looked like she had the weight of the world on her shoulders as she visited the campaign headquarters of the failed presidential candidate – after her own stumbles and her husband's sexting habits helped contribute to Clinton's historic defeat.

Abedin ventured out of her Manhattan apartment and went to the office three days after President-elect Donald Trump shocked the world by defeating Clinton.

She approached the tall building with stunning views which had until Tuesday been filled with staff and volunteers carrying a bag and a purse.

The pain and emotion of the situation were clearly visible on the face of the long-time loyalist, despite the dark large-frame sunglasses that covered her eyes. 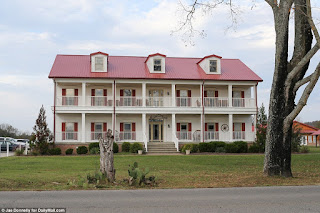 Mr. Weiner's treatment is initiated by first exposing himself to chalkboard erasers and naked Barbie dolls. He then gradually works his way up to flaunting his junk in front of elementary school children, Fox News Channel reporters and elderly rape survivors. Residents are encouraged to ride horses in order to  familiarize themselves with what a truly enormous penis looks like on a cell phone.
Posted by sig94 at 7:00 PM

Absolutely epic, Sig. You have quite the way with words.

Why thank you Adrienne.

OK, now you've got me wondering what the heck Mrs. Weiner actually uses that ginormous bag for. It's large enough to carry all of her broken dreams, as well as a few of Hillary's.

Maybe that's where the missing emails are kept?

Euripides - I dunno. I recall the movie Jaws, when Roy Schneider could have said,"I think we're gonna need a bigger bag."

Sig - Maybe it's a body bag for her late husband?

Euripides - for what it's worth, our conversation has given me the notion for another go at her.

The moslems will need another candidate for their subversive infiltration of American Politics.