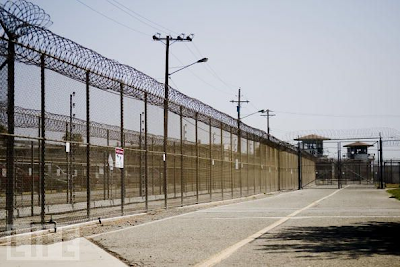 A gulag in America? Don't be surprised. "Those who cannot remember the past, are condemned to repeat it...". From Breitbart's Big Peace:

It is not understood definitively anywhere when the decline came. What is understood and easily seen is that we are a culture and society in deep trouble. There are proofs and evidence everywhere for those who care to look for such things.

We were warned by one of the greatest men of the 20th century that our civilization would fall if we lost our core beliefs and our identity.

Alexander Solzhenitsyn, Soviet prisoner of conscience, author of Gulag Archipelago, and One Day in the Life of Ivan Denisovitch, a titan of moral clarity warned us about the coming failure of our society back in 1978 in a speech given at Harvard University. We didn’t listen.

Equivalence is the essence of moral relativism; the jihad murders at Fort Hood were allowed to occur because Hasan’s expressions of jihad intent, intolerance, and hate were viewed by his superiors and colleagues as simply “his opinion.” No action was taken against Hasan to prevent the atrocities because to do so was considered politically incorrect by his military superiors. Fort Hood is a devastating failure of understanding and demonstrates our deep inability to respond to oppositional definitiveness even when that absolutism means treason and murderous intent.
There seems little doubt that the attack at Fort Hood by the traitor, killer, jihadist Hasan was preventable. The fact that it was not shows a great confusion on the part of those whose positions require moral and ethical certainty, clarity, and courage. Their apparent confusion (and subsequent failure to act) stems from the dark influence of moral relativism and its fraudulent affiliated concepts, multiculturalism and political correctness.

If we have no standards of belief, no accepted concepts of truth and value, then any new ideology that reaches our shores is considered by moral relativists to be as valid as the host culture and perhaps even superior simply because it is “different”. The radical acceptance of all as equal which is foundational to practically applied moral relativism means that moral relativists have no basis upon which to make moral or ethical judgments.

Cultural and societal decline is certain when fundamental concepts of value and importance are abandoned, and the conflicts that arise from better/worse, good/rotten, intelligent/ignorant, victim/oppressor, right/wrong dichotomies can no longer be resolved .