To Cruise Or Not To Cruise 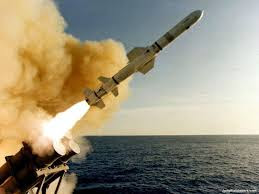 Here's an interesting take on the use of cruise missiles to take out damage the Syrian airbase.

By now, you all know that the US launched a cruise missile attack against a Syrian airfield in retaliation for a chemical weapon attack by Syrian forces. I’m not going to address the quality of the evidence for the chemical weapon usage or the geopolitical aspects of the retaliation. What I’m going to address is the military lessons that can be gleaned from the open source information about the cruise missile attack itself.

[...]Airfield Weapon Density. The US launched 60 Tomahawks at a single, relatively small airfield. That seems like a lot of missiles especially when the runways were deliberately not targeted and other structures were deliberately avoided that would likely have been targeted in an all out attack. Still, this gives us some idea of the weapon density the US believes necessary to destroy a single, small base.

[...]Had this been an all out attack to totally destroy the airfield, presumably many more missiles would have been used. This gives us some insight into the Tomahawk weapon density needed to take out a facility. It’s higher than I would have thought. Given that our total Tomahawk inventory is somewhere around 4000 missiles, that should tell us something about our ability to wage an all out war and how long our inventory would last. This has to be worrisome given that Tomahawks cannot be quickly replaced from the manufacturer.

Apparently the writer is a retired Navy Commander. Apparently he is not impressed with the prowess of the Tomahawk cruise missile. These missiles cost about a million dollars a pop. Other estimates place our Tomahawk inventory at about 3500 missiles.
Posted by sig94 at 5:00 PM

No Prob. When we run out of Tomahawks, we switch to Tridents and ICBM's.

Kid - take out the anti-aircraft defense, degrade it to the point where it's not a problem then send naval aviation in to finish them. No ground forces, we ain't occupying anything, we ain't making nothin' safe for democracy. They. Don't. Want. It. Let them stew in their tribal Muslim bullshit.

Stewing in their tribal muslim BS works for me. We just need to make it so ALL of them are localized in the sandbox. Then we tell them - screw with us and reap the whirlwind.

Honestly, in hindsight... we should have Nuked Mecca right after 9-11. And Riyhad too for that matter.